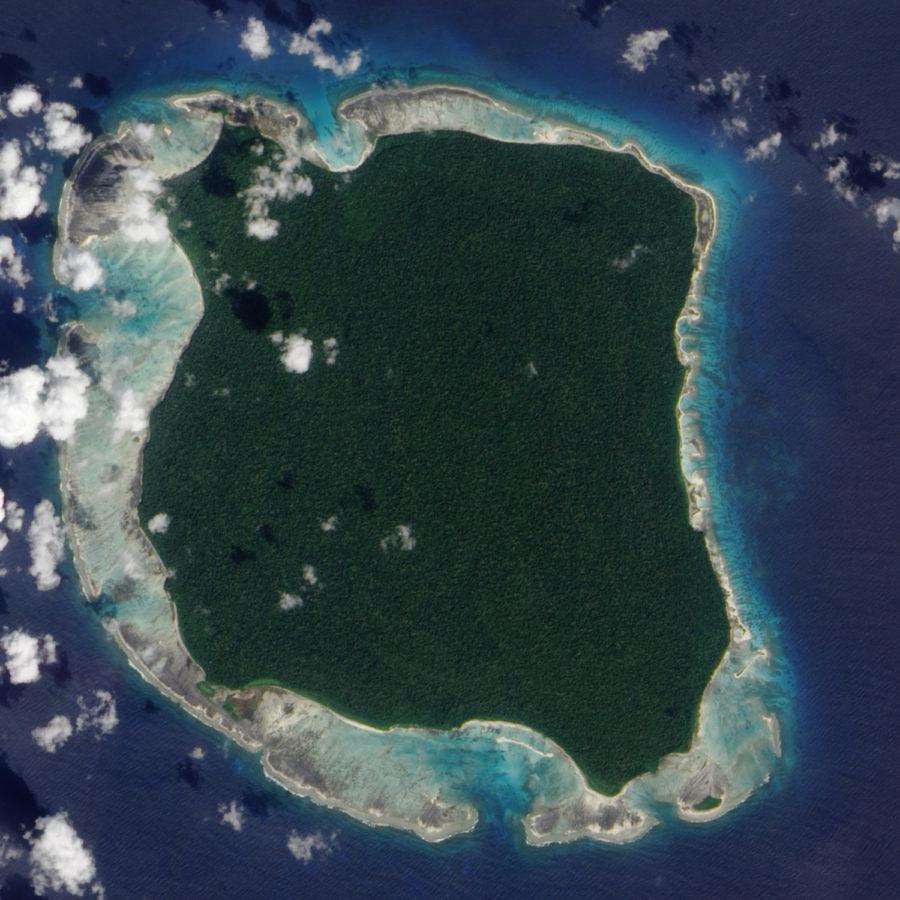 The Indian government monitors the Andaman Islands territories, including North Sentinel Island (pictured), home to the Sentinelese tribe — one of the last hunter-gatherer tribes that has little to no contact with modern civilization.

Evangelical Christian missionary John Chau dreamed of a crusade to spread Christianity that began when he first learned about North Sentinel Island in high school, believing he could spread the gospel to the indigenous people of the island.

He tried to make that dream a reality when he visited North Sentinel Island on Nov. 14, bringing a waterproof Bible and gifts for the Sentinelese, like scissors, safety pins and a soccer ball. By Nov. 17, fishermen who helped Chau get to the island saw the islanders dragging his body through the sand. Now the question remains whether or not to make efforts to retrieve the body of the American missionary, which is believed to have been buried by the Sentinelese.

Retrieving Chau’s body poses a danger both to Indian officials and to the Sentinelese people, who remain some of the last uncontacted people on earth, which in anthropology means they live in isolation from the outside world.

Conflict between those making efforts to retrieve the body and the indigenous peoples has the potential to result in more death, and more contact with the outside world means introducing deadly pathogens to the population and therefore must be avoided.

Chau’s missionary work put his beliefs over the wellbeing of the people of North Sentinel Island. He participated in missionary boot camp, where other evangelical missionaries acted as members of an isolated tribe, speaking gibberish and being physically aggressive. The purpose of the exercise was to practice in preparation for contact with the Sentinelese, who are known to be aggressive to outsiders. Despite all this, Chau was encouraged by fellow missionaries to try to make contact.

Already, the limited contact the Sentinelese people have had with the outside world has completely altered their way of life.

One of the first interactions with outside life was in 1981, when a cargo ship named the Primrose crashed on the island. The ship was abandoned and can still be seen on Google Earth today. Before the crash of the Primrose, anthropologists believed the Sentinelese lived similarly to pre-Bronze age tribes, with no access to metal tools. They were also visited by British imperialists in the 19th century.

Teams of researchers visited North Sentinel island in 1991 to learn about the tribe. The researchers offered the Sentinelese people coconuts as gifts. Recorded footage of men and women wading into the water to retrieve the coconuts shows some with metal knives hanging from their waists — most likely obtained when exploring the Primrose and other shipwrecks.

Confrontations with the people of North Sentinel Island and the outside world have already proven deadly. Chau is not the first outsider to die on the island and if retrieval efforts are made for his body, he certainly will not be the last. The Sentinelese killed two fisherman in 2006 when their boats drifted and washed ashore onto the island.

Indian officials were already attacked trying to land on the island to find Chau’s body Nov. 24, and now are reluctant to return. If outsiders arrive armed, attempts to retrieve Chau’s body would most likely end in conflict and death for the Sentinelese.

Even if contact with the Sentinelese does not end in conflict, outsiders can still be deadly to the tribe. Most outsiders have vaccines and immune systems that have adapted to modern diseases. The indigenous people on the island have no vaccinations or immunity to modern diseases, which can spread asymptomatically from a person with a vaccinated immune system. Even diseases that outside people easily recover from, such as the common cold, could kill every single member of the tribe.

While Chau’s body likely still contains pathogens that could be dangerous to the Sentinelese, it is very unlikely contact with his body would spread disease. The World Health Organization guideline to risks posed by dead bodies outlines that most pathogens cannot survive post-mortem.

“Human remains only pose a substantial risk to health in a few special cases, such as … bloodborne viruses and gastrointestinal infections,” says the WHO website.

While it is unknown whether Chau carried any of these viruses, it is unlikely he would have attempted to contact the Sentinelese if he had a bloodborne or gastrointestinal pathogen, as he tried to ensure he was not sick before attempting to visit the island.

Chau was acutely aware of the risk he posed to the Sentinelese and that, if he died, retrieving his body would be dangerous for everyone involved.

“Don’t retrieve my body,” Chau wrote in a personal journal he kept during his time in India. “This is not a pointless thing — the eternal lives of this tribe is at hand.”

Chau knew the risks of trying to contact the Sentinelese. He was aware of their status as an uncontacted tribe, living separately from the rest of the world. Others had perished at the hands of the Sentinelese, who have made it clear they do not want contact with the outside world. Going to North Sentinel Island could spread deadly disease and kill every single member of the tribe.

Chau knew all of this, and went to the island anyway. That arrogance led him to be killed by the tribe he was trying to convert.

John Chau took his life into his own hands during his visit to North Sentinel Island. When he was killed by the indigenous tribe that lives there, he was facing the consequences of his decision to try to spread the gospel. The risks to officials and to the Sentinelese is too great to attempt to retrieve the body of one man who knew the risks he was taking with his life and with the lives of the native people. Putting more lives in danger would be a mistake.