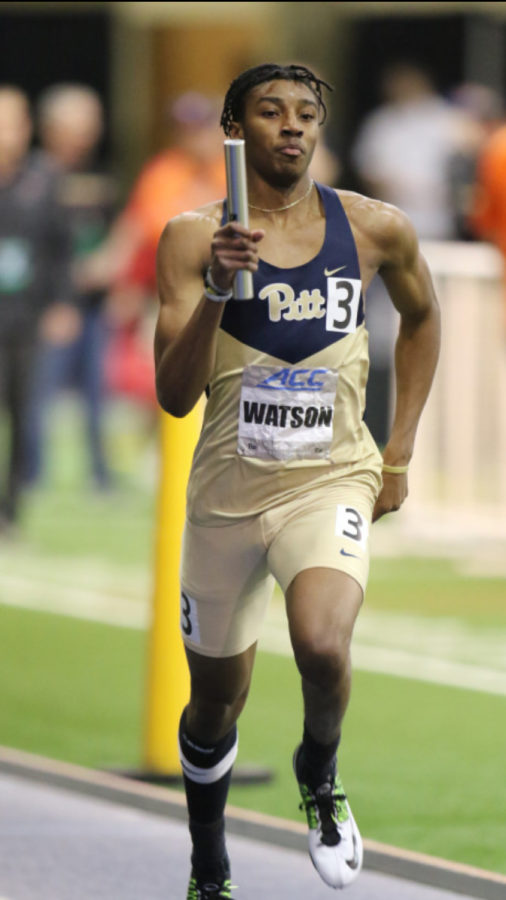 Pitt’s track and field team started preparing for its indoor season 13 weeks ago. The first six weeks consisted of conditioning, the seventh week was spent testing strength, endurance, power and speed, and the last six weeks they’ve focused on more specific things like block starts and throws in the ring.

But before that, sophomore sprinter Ade Jones-Roundtree went to the coaches with a list of changes he and his teammates felt needed to be made to open up communications and create a better atmosphere — so far, it’s worked.

“I tried to go to the coaches and tried to tell them pretty much what we, as a team, came up with — what we want to see change,” Jones-Roundtree said. “The coaches took them all into consideration and a lot of them have been implemented and now it’s more of a player-coach relationship.”

Junior jumper Taylor Middleton has also felt the change this season. The team is focusing on more technical things in practice, and the athletes have greater motivation after their finish last season.

Last season, the Pitt men’s team came in last place in the ACC indoor competition and the women’s team finished 12th out of 15 teams.

“I feel like a lot of people are just ready to do something,” Middleton said. “Whether they are a junior, a senior, a sophomore, a freshman, everybody is ready to go and come out and do something at conference. I think that’s the best way to describe it this year.”

The men’s and women’s teams saw some improvement when it came to the outdoor conference championship, with both finishing in 11th place.

To prepare for its first meet of the season this Saturday at Kent State, the track and field team held its Blue and Gold intrasquad meet last Saturday. The blue team came away with the victory, but head coach Alonzo Webb was happy with how all his athletes performed, especially for having such a young team.

“Every year we are just trying to get better than we were the year before,” Webb said. “We have a pretty young team, but they are pretty talented.”

The teams have 21 first-years combined, in comparison to the men’s and women’s basketball teams which have three first-years each and the wrestling team, which has nine first-years. But the track team will look to its sophomores and juniors to make the biggest impact this season.

“There’s so many people that we are looking for,” Webb said “The men’s 4×4 which was really young last year … they’re back together and could be one of the best in the ACC. Pitt could win it.”

Last season’s men’s 4×4 team, which was made up of then-sophomores Dante Watson, Jabari Michael-Khensu and then-first-year Lonzell Feagin and Jones-Roundtree, was only .33 seconds away from taking home the ACC Championship.

“Being second at ACCs last year, being snipped that much from getting to nationals, that is definitely a motivation for us,” Jones-Roundtree said. “I know this year we want to be ACC Champions.”

On the women’s side, then-sophomore Middleton made history when she became the first Pitt athlete to earn All-ACC outdoor honors for the triple jump.

Middleton finished in fifth place and set a personal record with her 12.75m jump. This preseason, Middleton has worked to once again make history —  this time with a championship.

“I’ve been training harder in the weight room,” Middleton said. “We’ve been focusing more on my jumps this year … but more so getting into a jumping mindset. I plan on staying here a little bit longer after break and training and coming sooner, just to get prepared because we have such a long break.”

On the field side of things, Webb is looking forward to seeing how redshirt junior Grant Jones and sophomore Noah Walker compete.

As a first-year, Walker finished third place in javelin at the ACC outdoor meet last year and was the only Panther named first-team All-ACC, becoming the second Pitt athlete to ever make first-team All-ACC for that event.

“Already this year, and training in the meet today, she was just lights out,” Webb said. “She’s going to be really good.”

The distance team started back in May. That’s because their offseason was very limited — after taking a short break once the 2018 outdoor season ended, they started training for the cross country season that started in August.

They got another short break after the cross country season ended in November and are now going into indoor season full force — using the base they built up all summer — according to senior Miranda Salvo.

Personally, Salvo — a middle distance runner — is hoping her preparedness will help her break some school records.

“I think there are a lot of records that not only myself, but also my teammates can break,” Salvo said. “I run the 800 and mile and so I think the mile school record is within reach for myself and a lot of my teammates.”

Salvo and the group are hoping to send more athletes than ever to the indoor and outdoor national meets while improving their rank in the ACC standings.

Another teammate who could break records is junior Sam Shields. Shields competed in the NCAA Women’s Cross Country Championships earlier this year. Her time of 21:15.6 is the third best at the Championships in Pitt women’s history.

In order to qualify for indoor nationals, you have to be one of the top 16 athletes in the event — far easier said than done. But Salvo is hoping the team’s new mentality will help Pitt achieve its goals.

“I think this year we are trying to work on the mentality of supporting each other and supporting different groups,” Salvo said. “So the distance team is cheering for the throwers and throwers cheering for the jumpers and everyone is kind of working together. I think when you have that sort of positivity that’s surrounding the entire team, that is what makes Championship teams.”