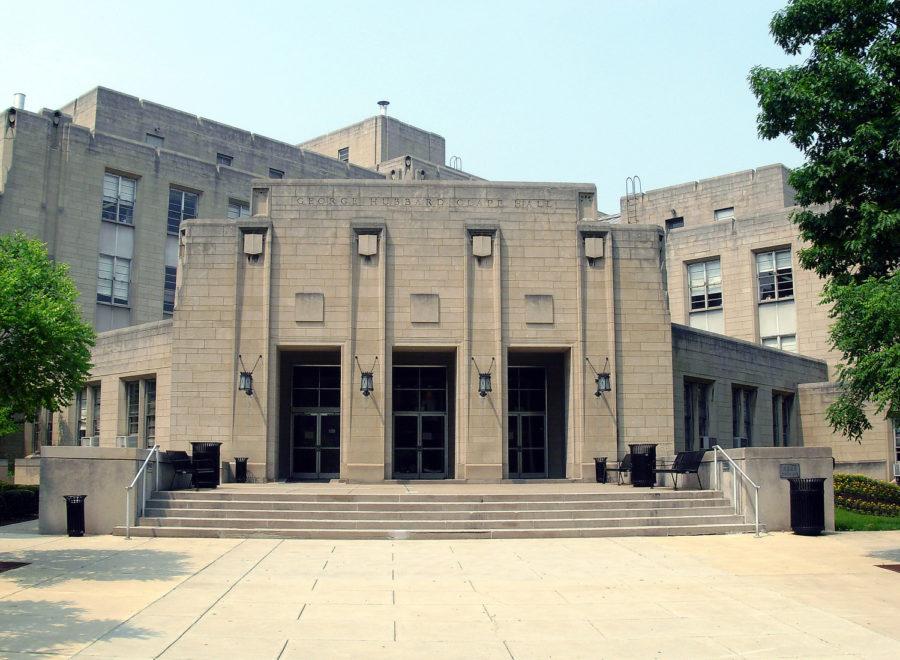 Editor’s note: This story relies on sources who requested anonymity due to concerns about professional and academic retribution. The names of the individuals who signed the petition have also been redacted from the original document. The Pitt News has confirmed the identities of the anonymous sources below and viewed an unredacted copy of the petition.

As exam week nears, some students hope grades for the semester are not yet finalized.

More than 30 students in biology professor Craig Peebles’ Biological Sciences 1000 class have signed an online petition for intervention by academic leadership in the Dietrich School of Arts and Sciences on their behalf, claiming that unfair exams prevent students from passing the course and grade discrepancies between sections of BIOSCI 1000 with different teachers leave students with drastically different grades.

The petition, addressed to John Twyning, associate dean for Undergraduate Studies, asks he investigate and remediate the situation.

“We believe as a class that the past two examinations have been extremely unfair with an Exam 1 average of 47% and Exam 2 average of 49%,” the petition said. “Additionally, close to 2/3 of the class achieved less than a 60% or below on both of these exams, which prevents students from achieving a passing grade of a C, per his syllabus grading information.”

Valerie Oke, a senior lecturer and assistant chair of the Department of Biological Sciences, was contacted after the first exam and asked to raise concerns about the grade distribution, according to the petition. The petition said no changes were made to the course, but one student, who requested anonymity out of fear of retribution, said Oke secured a 13-question exam rather than a 15-question exam. The student said it wasn’t enough.

“The content was harder for this exam and timing was still an issue for some students,” the student said.

Oke did not respond to an email requesting comment.

“Simply because they cannot fit the “better” teacher into their schedules, their grades should not suffer so drastically from professor to professor,” the student said.

The petition also alleges that other knowledge measuring tools, such as Top Hat, an online assessment platform, and in-class quiz assessments, have been used less and less over the course of the semester.

“With the lack of these assessment options, students have not had the opportunity to accumulate points and also to show their mastery of Biochemistry, which results in weighing these poor exams scores more heavily,” the petition said.

The person who started the petition, who requested anonymity due to concerns about academic and professional retribution, said Peebles’ expectations are unreasonable compared with other professors who teach the same course, and unfair to students.

“There is confusion why our class is doing so poorly, and why we are being penalized for taking a different professor,” the student said. “Although he is an extremely smart and outstanding lecturer, his expectations for exams far exceed what students can complete within the time frame.”

Another student currently enrolled in Peebles’ class who also asked to remain anonymous due to concerns about academic and professional retribution said she is performing near the class averages, but is not satisfied with her results.

“I think the exams do not truly represent the class’ knowledge on the subject,” she said in an email. “For instance, not a single person was able to finish exam one, with me leaving roughly 2 pages blank just due to lack of time alone.”

While some students said they did finish the exam, she emphasized that it is troubling that concerns from students appear to be falling on deaf ears of academic leadership within the Department of Biological Sciences, and the Dietrich School in general.

“It is disheartening to go through this experience with a professor after all my years at Pitt and have to watch my classmates and I fight so hard for any of the faculty members to respond or get involved,” she said.

According to the Dietrich School’s policies and procedures website, students must discuss grade disputes first with the instructor, and then the department chair, if the issue is not resolved. The final decision making power lies with the assistant dean responsible for grade disputes.

Another student, who wished to remain anonymous for similar reasons, said students are on edge about whether they will pass the class or not.

“When the averages have been so low it’s highly unlikely that most of these students, who are likely applying to graduate and professional schools (like myself), will be able to achieve that standard,” the student said in an email.

The petition, hosted on a collaborative Google Docs platform, was created Tuesday night and edited by several anonymous users since then. Thirty-three students had signed the petition, as of 11:55 p.m on Thursday.

“Dr. Peebles is known for being tough and that he can be,” one student said. “He has every right to design an exam that has an average of a 50% but the average should be set as a C.”

This story will be updated as more information becomes available.