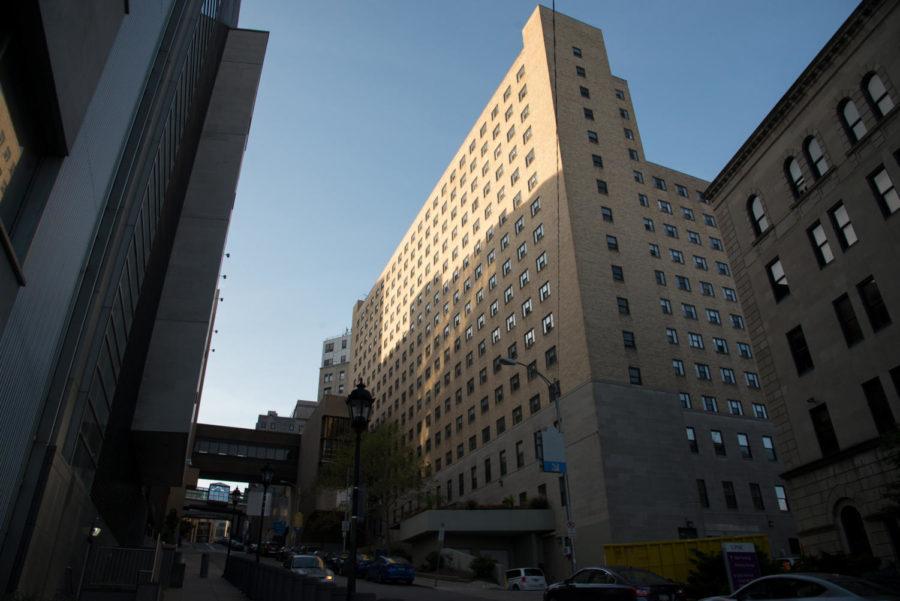 A body was found on the roof of Lothrop Hall Saturday morning, a day before dorms close for winter break.

The body of a male student was found on the roof of Lothrop Hall Saturday morning, a day before residence halls are scheduled to close for winter recess. Pitt Police and Pittsburgh Police officers were at the scene.

Pittsburgh Public Safety spokesperson Alicia George said Pitt Police responded to a call for a body that was observed on the roof of a dormitory on Lothrop Street. George said Pittsburgh Police Detectives and the Medical Examiner’s Office were also on the scene. KDKA reported that the death is not believed to be suspicious. George said she could not confirm KDKA’s reports, and that the investigation is ongoing.

Pitt spokesperson Joe Miksch said Pitt is aware of the incident and will provide more information when it is available.

“The University community is deeply saddened by the sudden death of our student and we extend our deepest sympathies to his family, friends and all who knew him,” Miksch said in a text message. “The City of Pittsburgh police have informed the University there is no evidence of foul play. Out of concern for the privacy of the student’s family, we can not provide additional information at this time.”

Vice Provost and Dean of Students Kenyon Bonner sent an email Monday afternoon to Pitt students regarding the incident.

“The city of Pittsburgh police have informed the University that there is no evidence of foul play,” Bonner said in the email. “I ask that the entire Pitt community join me in keeping the family in your thoughts during this difficult time.”

This story will be updated as more information becomes available.