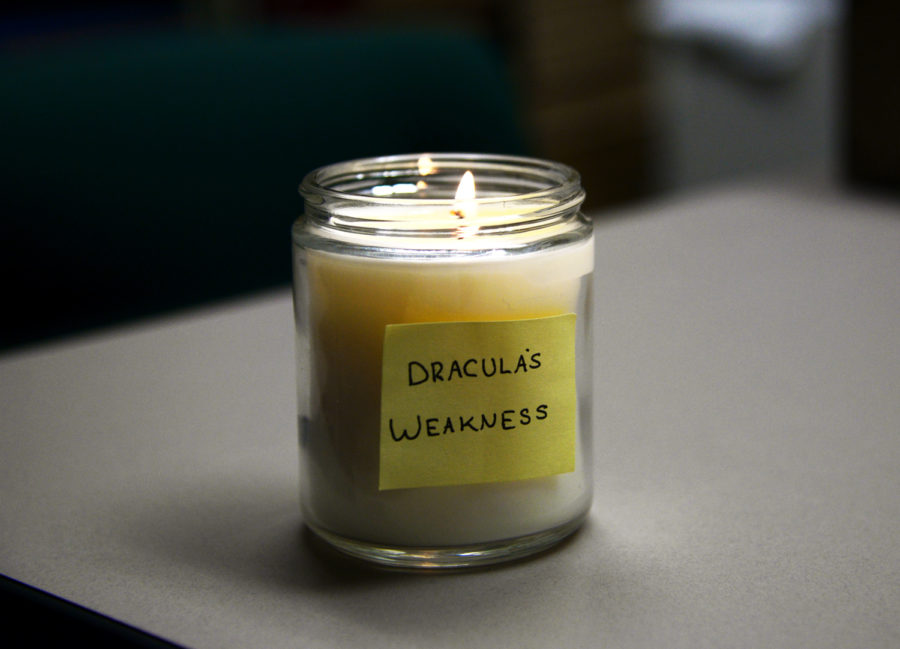 The New Year is upon us, and it seems that the minute the ball drops, so do our chances of actualizing our resolutions — to a solid, eh … 13 percent. In years past, I’ve decided I would become a vegan, without fully understanding how much mental fortitude it takes to not eat shredded cheese straight out of the bag like an animal. Last year, I promised I’d keep a bullet journal. I purchased a nice journal from TJ Maxx, peeled the price sticker off the back, made a beautiful grocery list in it and proceeded to abandon it at a Giant Eagle self-checkout. It was Jan. 7.

So instead of focusing on big changes that I’m not even sure will make me feel like a better, more interesting person, this year I made a list of fun and achievable goals. Instead of making resolutions that require a complete life overhaul followed by a resignation letter from my future self to my former self while avoiding bread with only a vague recollection of why I’m doing so in the first place, I’m going to give myself activities that will make me feel happier.

I believe New Years isn’t about dumping my former self — it’s about being excited for what I can do moving forward. I feel these new goals will allow me to reflect on 2019 as a happy year filled with more adventure.

I remember how my sixth-grade social studies classmates and I learned about the incredibly dangerous, disease-ridden trek settlers made on the Oregon Trail hundreds of years ago. Naturally, we played a game based on it, where players pursue their big dream of reaching the West Coast with too little money, too many rivers to cross, too many children and too few spare sets of clothes. I stalled out somewhere in the Midwest after all my belongings fell into a river, and I don’t think any of my classmates made it farther. I think the lesson was that we all would have been terrible pioneers and our deaths would have been inevitable. I wasn’t expecting this to be my hill to die of dysentery on, but in 2019, I pledge to finally win Oregon Trail, safely bring my family out West, and establish myself as an honorable pioneer woman.

2. Host a new event with friends

Getting older means seeing your friends less and less, and because I believe I have the soul of a 48-year-old-twice-divorced-mother-of-three who owns 12 fuchsia lipsticks, it feels like I haven’t had fun with friends in years. So in 2019, I’m going to host at least one new event with friends. I toyed around with having a passive aggressive tupperware sorting party, because I can never find a lid when I need one and I don’t fully think that’s my own fault, but it ultimately felt too old and practical. Then I considered a rescreening of “Flavor of Love,” just to show everyone I know exactly what good trashy reality TV looks like.

In the end, I settled on having a classic Shark Week viewing party. Sharks are majestic, loving creatures, and nothing says friendship like eating gummy sharks from 7-Eleven and watching those beautiful sea-beasts swim around in some bloody water. Sharks are snazzy little dudes that can’t swim backwards, and that’s exactly the energy I want to bring to 2019.

When I was a kid, the best ice cream place in Bethlehem, Pennsylvania, was the Heavenly Hedgehog. The ice cream was soft and weird, featuring unpredictable flavors like “Dracula’s Weakness,” with real chunks of garlic, and my beloved “California Dreamin’,” an orange ice cream with chunks of fresh mandarin oranges and itty bitty pieces of candied pineapple. I fondly remember sitting among the smattering of friendly stuffed hedgehogs on the tables and the windowsills, watching tourists wander around the historic buildings across the street.

Sadly, the Heavenly Hedgehog passed peacefully in 2011, leaving an organic pretzel store in its wake and a pint-sized hole in my heart. This year, I hope to fill that void with a comparable orange and pineapple ice cream, and will embark on a quest to find a suitable substitute to my favorite long-lost treat.

Last year a professor gave my class some wonderful advice about reinterpreting problems. Most problems appear less stressful after eating something, going for a walk or taking a nap. While it seems counterintuitive to put a stressor aside instead of solving it head on, doing one of these resetting actions can help sort through what’s actually a problem, and what’s just noise.

The constant barrage of news in 2018 that I had to care about was like one of those toy monkeys that crashes its cymbals over and over until you have to chuck it against the wall, out a window, into a burning ritual pyre, etc., except my brain was caught between those cymbals and couldn’t wiggle itself out. This year I’m exploring my “Reset Button” behaviors in the hope of killing that monkey once and for all.

5. Finally make one of the DIY projects I’ve been saving to Pinterest since sophomore year of high school

If you looked at my Pinterest boards, you’d assume I had macrame wall hangings, handmade coasters and five vegetable pot pies in my refrigerator. Instead, I have a stained IKEA coffee table, a bag of frozen sweet potato fries from Trader Joe’s and an unnerving inclination to sign my emails with “finger guns.”

This year I’m really going to make something. For years, I’ve told myself I’m finally going to make one of those handmade teacup candles. I have a mug ready to go, a bag of shredded wax in my Amazon cart and a willingness to burn some skin in the pursuit of finally forging something from the fires of my creative wax pouring. When I put that thing on my coffee table, light it and enjoy its ambiance while eating those sweet potato fries, then I know I will be an improved woman.