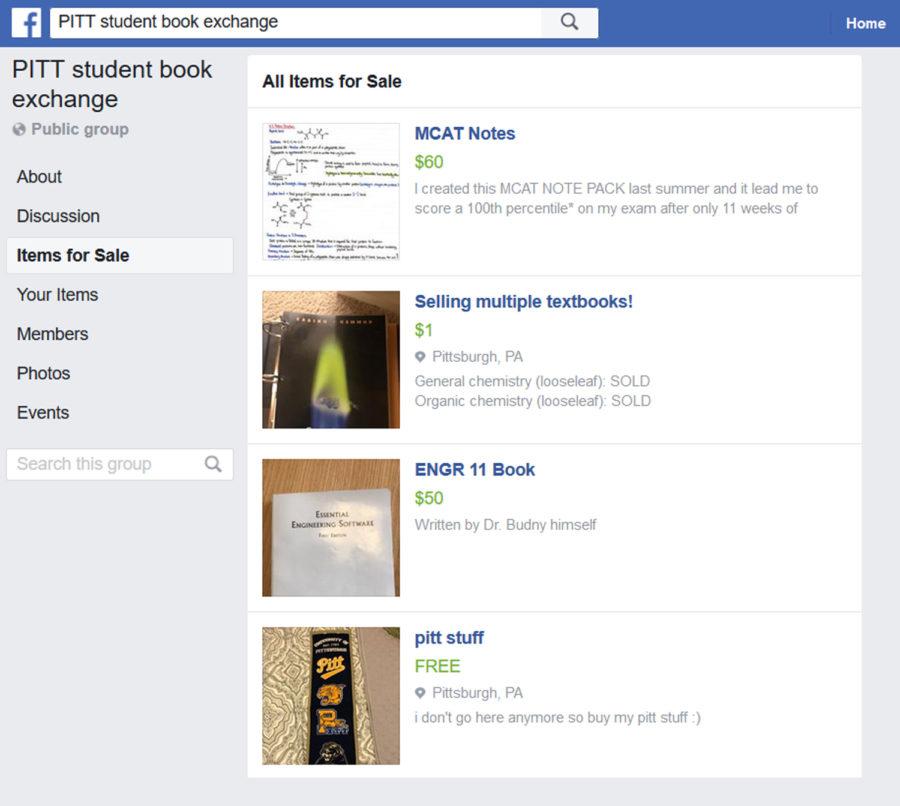 By Jacq Flash, for The Pitt News

Facebook began as a platform exclusively for college students — and while today anyone can join, the site’s groups feature has become a way to connect people with similar interests or goals.

Some of these groups exist for students to share funny moments with their peers. A closed Facebook group called PITT memes for LITT AF Pre-Tweens was created just for this. According to its about page, the group exists to share clean memes for Pitt students.

Overheard at Pitt serves a similar purpose, providing entertainment for Pitt students. Overheard at Pitt allows students to post the typically humorous or nonsensical conversations they overhear on Pitt’s campus.

“That’s the goal, to get banned from Canada,” says one post.

“my favorite form of self medicating is eating so much that I pass out [sic],” says another.

Others have more practical purposes. Pitt Foodshare notifies Pitt students about free food around campus that’s usually leftover after events. With 2,452 members as of Jan. 6, the group gives hungry students opportunities to eat for free.

According to its about page, the group was started by the Student Office of Sustainability, the Pitt Pantry and the Office of PittServes. Its stated purpose is to “reduce food waste on campus and share leftover food with the Pitt campus community.”

“It is a simple way to direct leftover food from events, meetings or student organization gatherings to students who may be seeking a quick snack or meal while on campus,” Ninos said in an email. “Pitt has a robust food waste diversion and recovery program through Food Recovery Heroes and Pitt Dining by Sodexo, so this is just one more piece of the recovery puzzle.”

While the purpose of the group is rooted in sustainability, students often use the group to find free food. Jasmine Jarrett, a senior studying social science, said the group is important for food security for students.

“People such as myself are investing so much of their resources into getting their education,” Jarrett said in a text message. “The last thing we want to worry about are basic needs such as eating.”

Other groups seek to help with necessities for education. Pitt Student Book Exchange provides a platform for students to buy and sell textbooks and supplies to their peers.

According to the group’s about page, the group exists to give students more cash back for their books than they’d get from selling them other places like the University Bookstore. Near the beginnings and ends of semesters, students post pictures of the books they are selling in the group along with a requested price. Interested buyers send messages or comment on the original post to purchase the book.

Chloe Chappell, a sophomore studying political science, said she used the group to save money on textbooks.

“I wanted to be able to get more affordable textbooks instead of spending so much money at the bookstore,” Chappell said.

Trey Piland, a junior civil engineering student, said he finds the group helpful but that its applications are limited.

“[For] common classes it is very easy to find from someone or to sell,” Piland said. “A lot of classes can be difficult to sell though since there may only be 100 or less people taking that class each semester.”

But despite its limitations, Piland said, the group remains a valuable tool for finding cheaper textbooks.

“It’s always worth a shot to sell that book you don’t want or to find a book for much cheaper,” Piland said.

Other groups offer housing opportunities to students, ranging from sublets to roommates to furniture for sale. Among these groups is the 12,000-member strong “University of Pittsburgh (PITT) Housing, Sublets & Roommates.”

According to the about page of the Facebook group, the group allows posts about “housing, roommates, parking, sublets [and] property reviews.”

Elizabeth Haeckler, a junior chemical engineering student, used this Facebook group to find her sublet in the fall.

“The way I ended up finding my sublet was that I saw someone that I actually knew from freshman year,” Haeckler said. “Without that site, I wouldn’t have known that she was looking, even though I knew who she was.”

There are many Facebook groups for the Pitt community that benefit students in practical and amusing ways. Social media outlets offer rapid connection to friends and peers, and Pitt students are offering assistance to other students through Facebook groups.

“Help your fellow neighbor when you can and they will do the same,” Jarrett said.