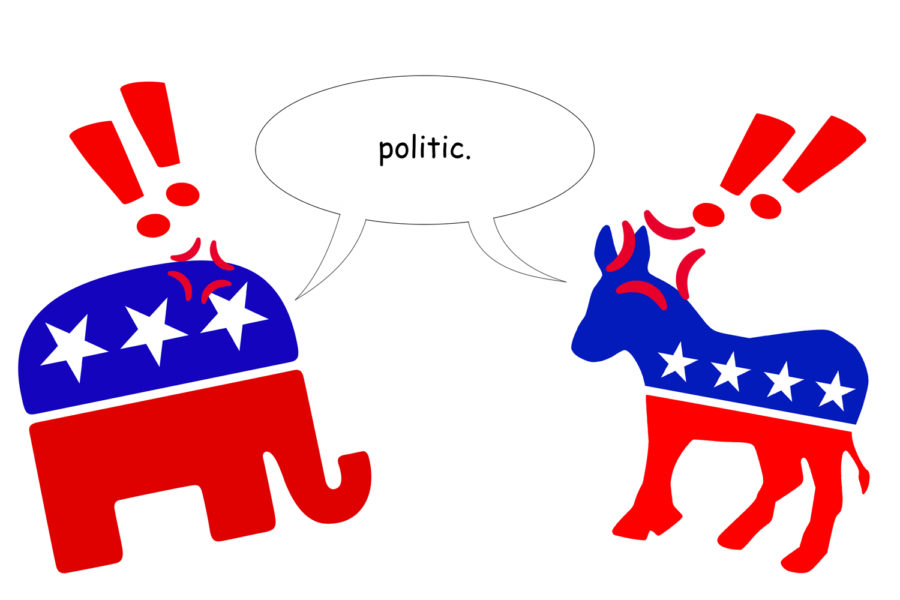 By Julia Kreutzer, For The Pitt News

Much of my winter break was spent answering my relatives’ endless questions regarding my first semester of college. From dating to my GPA, it seemed anything was up for discussion — except politics. I welcomed this gap in conversation, thrilled that our Christmas dinner was free of screaming matches and hurt feelings. And I’m not alone.

A CNN poll found only 15 percent of Americans would be excited to discuss politics over turkey on Thanksgiving. This is understandable, considering these conversations often have less than ideal results, whether it’s family ties being severed or worse. Last November, a screaming match regarding the NFL and the National Anthem led a North Carolina father to shoot his son in the hand and leg with a shotgun.

In an effort to avoid such disastrous ends to the holiday season, many families, like mine, chose to opt out of these discussions altogether. But this mentality may not be beneficial, either.

Refusing to confront the elephant (or donkey) in the room only propels political divides and robs families of meaningful and impactful conversation.

On the season finale of HBO’s “Real Time With Bill Maher,” the host suggested his audience take a note from Barbara Ann Kipfer’s book “14,000 Things To Be Happy About.”

If weighing the benefits of a french baguette versus a loaf of sliced white seems a more appealing conversation than the future of the nation, it is clear something has gone perilously awry. Clearly, a middle ground is needed between assaulting family members and discussing baked goods. We have lost the art of conversation with a purpose.

Simple fixes, such as suggesting someone should just “be less offended,” not only are naive approaches but fail to accommodate the complex nature of political opinions. Political divisions no longer exist primarily in perceptions of tax laws or state versus national power. Disagreements on issues like Medicare, voting rights, immigration or abortion threaten more than our political party. We perceive them as attacks on our character and identities.

Just as our political identities have changed, we must radically transform the way such debates and conversations are handled. This key change in our approach to political discourse is the perfect resolution to ensure 2019 is better than years prior.

“Political issues often lead us to escalate our emotionality and respond in ways that leave the other person thinking, ‘she doesn’t understand me,’” Leahy said.

When we dramatically react to our uncles’ comments about immigration or our cousin’s passionate argument for a free college education, we are making our loved ones feel that they are the “other.” This diminishes our ability to adequately communicate and carefully challenge them.

As tensions between parties continue to mount and the 2020 presidential election approaches, the key to preventing a repeat of the chaos of 2016 is normalizing disagreements while maintaining respect and empathy. Clearly, this is easier said than done, but if the past few years have taught us anything, it is that anything is possible. Beyond avoiding Leahy’s seven mistakes, aiming to implement several positive aspects of conversation can be the difference between discussing and fighting.

When asked how she handles political conversations with her parents, Karina Balan Julio, a contributor for “The Edit,” gave The New York Times a fairly straightforward answer.

“I’d like to be able to start discussions from similar standpoints rather than spending whole dinners just arguing about what’s credible and factual,” Julio said.

Rather than having a pro-life versus pro-choice debate right off the bat, talk about something seemingly everyone can get behind, such as the need for improved conditions for veterans. Once you have established a mutual understanding of concurrence, work your way up to topics you may disagree on. This is the perfect way to normalize political discussion and remind loved ones that we are more similar than different.

“Your neighbor or friend may have opened up to you, sharing deeper beliefs, values and personal truths. Hopes may have been shared, as well as fears.” Reina said. “Extend a thank you for the willingness to engage and share.”

Regardless of their outcomes, these conversations make us vulnerable and express our commitment to improving our loved ones. Simply thanking someone for their candor and consideration can evoke feelings of solidarity and increase our willingness to further engage.

At the end of the day, the entire purpose of these discussions is to constantly improve ourselves, each other and our democracy. Choosing to challenge our beliefs and those held by those we love allows us to see political issues in an entirely new light and chips away at the divide threatening our union.

This new year, rather than just resolving to spend some more time at the gym, aim to exercise your ability to talk politics and work out the political divide before it is too late.