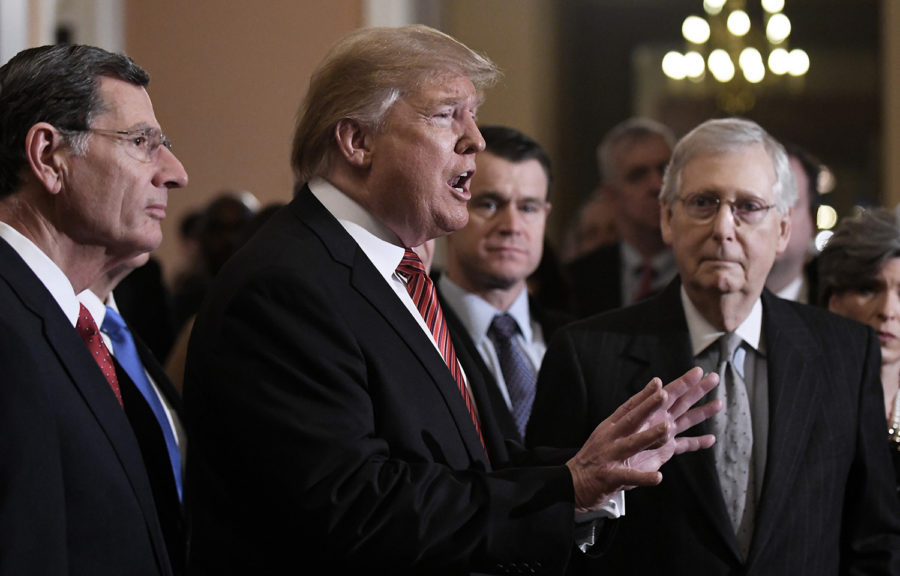 In his first Oval Office address Tuesday evening, as well as throughout the currently three-week-long government shutdown, President Donald Trump has claimed the government is only shut down because Democrats won’t fund border security.

Then he walked out on a meeting yesterday with Senate Minority Leader Chuck Schumer and House Speaker Nancy Pelosi, calling it a “total waste of time.”

Trump is both a hypocrite and wrong to blame Democrats for a lack of resolution to the shutdown. Democrats have presented several budget proposals, each of which contained more than a billion dollars to go toward border security. And the longer he blames others for a problem created entirely by himself, the more people he puts at risk.

The president has talked about a supposed crisis at the U.S.-Mexican border for years, ever since his first campaign rally where there were chants to “build the wall.” Now, he wants to declare it a national emergency in order to obtain $5.6 billion in funding for a border wall, in reality the only emergency happening there is a result of his advertising a crisis that doesn’t exist to the extent he says it does. During his Oval Office address, he talked about the threat illegal immigration poses to our country, but he tried to use fear and hyperbole to attempt to get support for his hard stance during this shutdown.

The real crisis at the border is a result of Trump’s policy of detainment, which has separated children from families and stretched thin the resources the government has provided them as they await their fate. This real “humanitarian crisis,” as he called it, was created by his own policies — and it’s not the only problem he’s created.

The longer he stokes the flames of fear and paranoia, the worse the situation gets at the border for those seeking asylum and the worse things get for American citizens. It seems that with each additional day that the government is partially shut down, we hear about another way people are hurt or even put in danger by the absence of another government program or government-run service.

Hundreds of Food and Drug Administration officials have been put on furlough, which has decreased the number of food inspections made in the past few weeks. In fact, all inspections of food-producing facilities have been halted for the time being, including those that handle seafood, dairy products and vegetables. Facilities that have had problems with contamination in the past are also currently operating unchecked.

In the wake of several E. coli outbreaks on romaine lettuce, this inadequate staffing is especially concerning. The Centers for Disease Control and Prevention estimates that each year, 1 in 6 Americans are affected by a foodborne illness. A lack of control over what food is put out to the consumer poses a major safety threat, far more significant than the supposed threat at the border Trump has been claiming exists.

Not only is the president being hypocritical about the situation, but he’s also determined to stick to his own agenda — even in the face of very serious health and safety threats to the American people.