Column | Veganism is not one-size-fits-all 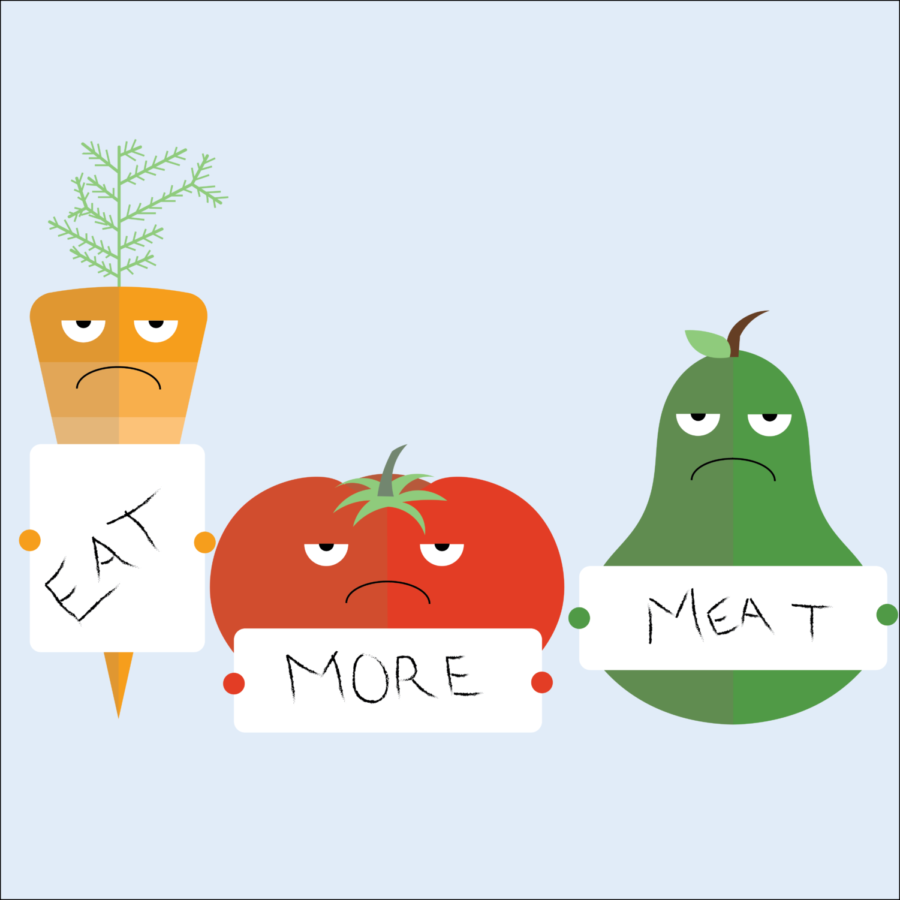 Introduced in 2014, Veganuary is a registered charity aiming to receive pledges from people committing to a vegan diet for the month of January, and hopefully beyond. Almost 1.2 million people have signed their names.

In many cases, vegan diets can produce profound environmental and physical health effects. But a diet is a personal choice, and for some, adopting a diet with the consumption of no animal products is not practical. There is nothing inherently wrong with veganism. The complications begin to arise when the diet turns into a moral obligation, or when people, including the Veganuary organization, see the diet as one-size-fits-all.

According to the Veganuary website, two of the most common myths regarding the diet are that it is unaffordable and unsustainable for everyone. But these kinds of blanket statements are rarely accurate. Some people do not have the means to adopt a vegan diet.

If organizations like Veganuary want to encourage animal welfare, sustainability and health, they are better off encouraging people to add plants to their diets, rather than take away meat entirely.

Mark Bittman, an acclaimed food journalist for The New York Times, follows his own philosophy: “part-time veganism.” He does the best he can to eat plant-based foods, but said in an NBC interview he also allows himself to consume animal products. He understands that many members of society simply lack the resources, income or motivation to sustain an entirely plant-based diet. But that doesn’t mean they cannot reap the benefits of vegan diets.

A number of Pitt students agree that maintaining a full vegan diet is difficult.

Pitt requires all on-campus residents to pay for a meal plan each semester. For students like Brittany Brickus, who lived on campus for her first and sophomore years, this leaves a limited selection of vegan options.

Like Brickus, sophomore Kami Beckford does not have access to a kitchen to cook vegan meals and lacks the money to purchase premade vegan-friendly food off campus. She agreed that maintaining a vegan diet in the on-campus dining facilities can be difficult.

“Pitt forces you to buy a meal plan, and it’s so hard,” the architectural studies and theater arts major said. “One time, I had to eat toast and barbeque sauce for dinner.”

Both Brickus and Beckford now try to eat mostly plant-based diets but also consume some animal products as well.

For some, the price is only part of the problem. Christina Hogg, a junior majoring in rehabilitation sciences, found veganism to be both inaccessible and unaffordable and gave up pursuing a vegan diet two years ago.

“Accessibility in general, even for someone like me, who can afford college, seems to be the biggest issue,” she said. “But the options that are available are much more expensive than a meat equivalent, too. It just isn’t affordable for me.”

Hogg is one of many Americans who finds a plant-based diet to be impractical. Veganism, in many ways, is a privilege. It is most easily accessible to members of upper- and middle-class America.

A recent study published in the Journal of the American Dietetic Association suggests that an average low-income family would have to dedicate up to 70 percent of its food budget solely to fruits and veggies in order to meet the five-to-nine servings suggestion in the United States.

Since fruits and vegetables are staple aspects of a vegan diet, this statistic suggests low-income families attempting to follow a vegan diet would have to spend even more of their budget on these items. That often does not leave enough money for other essential protein-heavy vegan items, such as tofu, almond milk, cheese substitutes, beans and nuts.

This statistic does not account for the low-income citizens who rely on government support for food. These people often receive help from Supplemental Nutrition Assistance Program, SNAP, most commonly referred to as food stamps.

Food banks typically cannot accept perishable items, but over the past decade some politicians have called for change. According to Slate, the Healthy Food Financing Initiative has distributed more than $500 million to poor communities, aiming to increase access to fresh produce.

Despite a rise of fresh fruit availability in low-income areas, according to the USDA, food deserts — typically in low-income areas — still do not have enough affordable grocery stores or farmers markets to meet the demands of residents. For members of the working class and residents of food deserts, a strict vegan diet is often not a sustainable lifestyle.

This New Year, we need to stop pushing lifestyles like Veganuary and start encouraging a more sustainable and inclusive alternative, like “part-time veganism.” Recognize that no matter its health or environmental benefits, veganism is not a practical lifestyle for many Americans, and nobody has the right to shame anyone for their dietary choices.