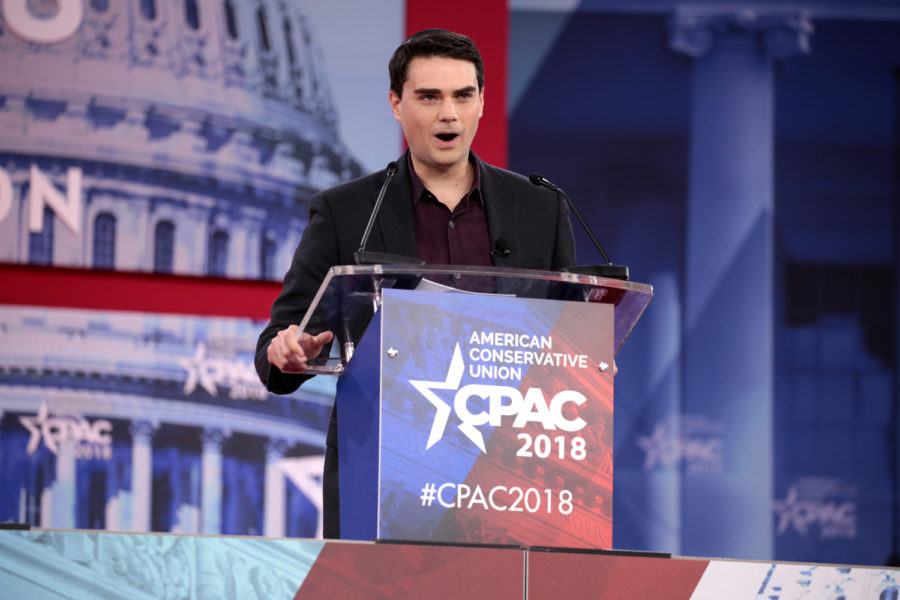 Free speech rights are among the most debated topics on college campuses across the country. But the Foundation for Individual Rights in Education, FIRE, put free speech issues into numbers in a report last month.

“We base the rating on how the Supreme Court has interpreted the First Amendment jurisprudence,” Laura Beltz, the lead author of the report, said in an interview. “If we see a policy at a university that infringes on speech protected under those legal standards, we give it a red- or yellow-light rating.”

According to the Center for Media and Democracy, FIRE is funded by organizations like the Sarah Scaife Foundation and the Charles G. Koch Foundation, which donate extensively to conservative political causes.

But Alex Rose, a junior political science major and the president of College Democrats, said he believes the criteria that FIRE used are appropriate.

“I think this report is very important because we need to keep an eye on free speech issues everywhere in universities, in governments, really every sector of public life,” Rose said. “The standards they use seem very fair and very much in line with the Constitution.”

But the speech, according to first-year accounting major and College Republicans’ communications director TiOlu Oresanya, did not provoke the kind of violent protests to warrant such a fee. A small number of protestors showed up at the entrance to the building during the event, and all of them were peaceful.

“The security fee has no reason ascribed to it,” Oresanya said. “It was basically a hamper on free speech.”

YAF threatened to sue Pitt in response to the security fee, calling it a “heckler’s veto” in a public letter — a practice that, by definition, suppresses controversial speakers by charging exorbitant appearance fees dressed up as necessary security costs.

But Rose believes the proposed lawsuit is purely a publicity stunt.

“Problems arise when protests are actively shutting down an event, but the protestors have an equal right to be heard just as much as someone like Ben Shapiro,” Rose said. “I think [YAF] is just playing the victim to garner publicity. Many prominent political figures have spoken at Pitt. The University doesn’t care what you’re saying, they care whether you have a massive enough crowd there to pose a security threat.”

According to FIRE, vague wording and lack of transparency in university speech codes are partially to blame for lawsuits like these.

“Universities should put in place policies that detail very clearly where security fees come from and make sure it’s crystal clear that it’s on a content and politically neutral basis,” Beltz said.

Universities must also ensure the wording of their policies is in line with First Amendment standards, according to Beltz. She said there are many gray areas in the First Amendment that can render colleges’ broad-brush or vaguely worded policies unconstitutional in certain circumstances.

“We encourage schools to stick with restrictions in line with the First Amendment — harassment, intimidation, true threats and defamation,” Beltz said. “But at the same time, they also need to be tracking the Supreme Court standard for [these restrictions] in the educational setting because when they stray from that definition, university policies can have a chilling effect on free speech and could even punish protected speech.”

According to University spokesperson Joe Miksch, Pitt is fully committed to fostering an on-campus environment that allows for open debate across the political spectrum.

“As a university, one of our roles is to engage in conversations on difficult topics,” Miksch said. “Our policies and procedures defend free expression for all University community members and we pledge that our adherence to the principles of free expression will always be part of the bedrock of this University.”

But beyond written policies or stated commitments to free speech, Beltz said formulating a game plan to keep counterprotests nonviolent helps mitigate the tension associated with hosting a controversial speaker like Shapiro.

“Universities could even set up counterprogramming for protestors so it wouldn’t result in the shutting down of the speech,” Beltz said. “But on the actual day of the event, the University does need to make sure that the speaker is able to carry out their talk.”

One way to ensure that, according to Beltz, is to educate students about free speech principles before they set foot on campus. FIRE works one-on-one with students in high school classrooms, teaching them to value freedom of expression that will be so vital to their learning experience in college.

“It seems like students are arriving on campus with the mindset that censorship might be the best tool possible,” Beltz said. “We highlight very plainly what the legal standards are on a college campus while also encouraging students to embrace an open marketplace of ideas.”

An increasing number of colleges now offer “open-mindedness training” for students as well, Beltz said. UCLA, a university that received a green-light rating in FIRE’s report, unveiled its annual “Freedom of Speech Week” in September 2017. Featured prominently in the event calendar are discussions about speakers’ rights on campus and how to civilly confront hate speech.

Oresanya said she would like to see similar initiatives on Pitt’s campus.

“It’s important to make sure as many rights as possible are being protected on every campus,” she said. “Pitt has been hanging up posters around campus encouraging students to embrace free speech and to respect ideas different from their own … I think it’s a great start.”

“It’s just gonna take more and more students expressing to colleges that they care about this issue,” Beltz said. “If you have an open marketplace of ideas, those ideas can compete for prominence and the best ideas will prosper.”