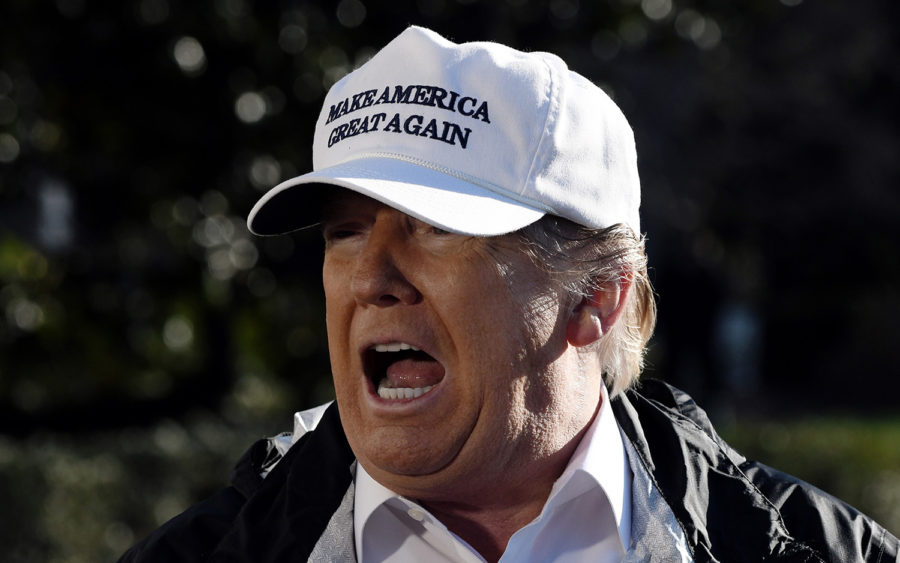 U.S. President Donald Trump talks to the press before departing the White House to visit the Texas border as the federal government shutdown continues on Thursday.

President Donald Trump stated at a Wednesday press conference he has the “absolute right” to declare a national emergency which would allow him to use emergency powers to construct a border wall if Congress refuses to provide funding in the inevitable shutdown-ending budget.

But not only is his reason for an emergency declaration not a national emergency, the legal provisions for declaring states of emergency haven’t been tested like this and there simply aren’t sufficient checks to stop this abuse of power.

When a reporter asked Trump what his threshold would be to declare a national emergency at the border, Trump didn’t discuss conditions at the border, the ongoing humanitarian crisis or any aspects of national security. Trump tied his decision to political factors.

“My threshold will be if I can’t make a deal with people that are unreasonable,” Trump said, referring to the Democrats’ refusal to provide funding for a border security plan that would include a wall.

The emergency at the border is not that of illegal immigration. Illegal border crossings in 2018 were lower than in either 2016 and 2014, and have never come close to matching their height in 2000. Border Patrol apprehensions reflect these changes as well. In 2018, 396,607 individuals were apprehended by Border Patrol while there were 1,643,679 apprehensions in 2000.

The crisis is instead centered on the Trump administration’s lack of capacity for processing current migrants. Half of the people apprehended at the border are children and families often seeking asylum, not lone men crossing the border, making it much more difficult to deport these immigrants.

The lack of infrastructure to process these immigrants is painfully apparent to border security officials. Customs and Border Protection Commissioner Kevin McAleenan told Congress in December that “our infrastructure is incompatible with [the] reality” of the situation on the border.

But despite the true crisis at hand, Trump’s trigger for the declaration of a national emergency is his inability to achieve a political objective. By invoking emergency powers contained in the National Emergencies Act of 1976, he would bypass Congressional approval for wall funding as well as a constitutional requirement under the Appropriations Clause that all funds spent by the government be derived from the legislative branch.

Moreover, it’s unclear to legal scholars which laws he would use to access funding for a border wall. The Brennan Center for Justice has identified 136 statutory powers that contain special powers available to a president after declaring a state of emergency — but Trump hasn’t indicated which he would use.

Ending a state of emergency is challenging. America has been in a constant state of emergency since 1979 when President Jimmy Carter declared an emergency to freeze Iranian assets in response to the U.S. Embassy Crisis in Tehran. America is currently under 31 concurrent states of emergency for reasons ranging from the 1979 Iranian Crisis to instability in Yemen.

The National Emergencies Act of 1976 was originally passed to provide a check on presidential power while codifying specific constraints under which presidents could declare states of emergency. Congress must enforce this intent.