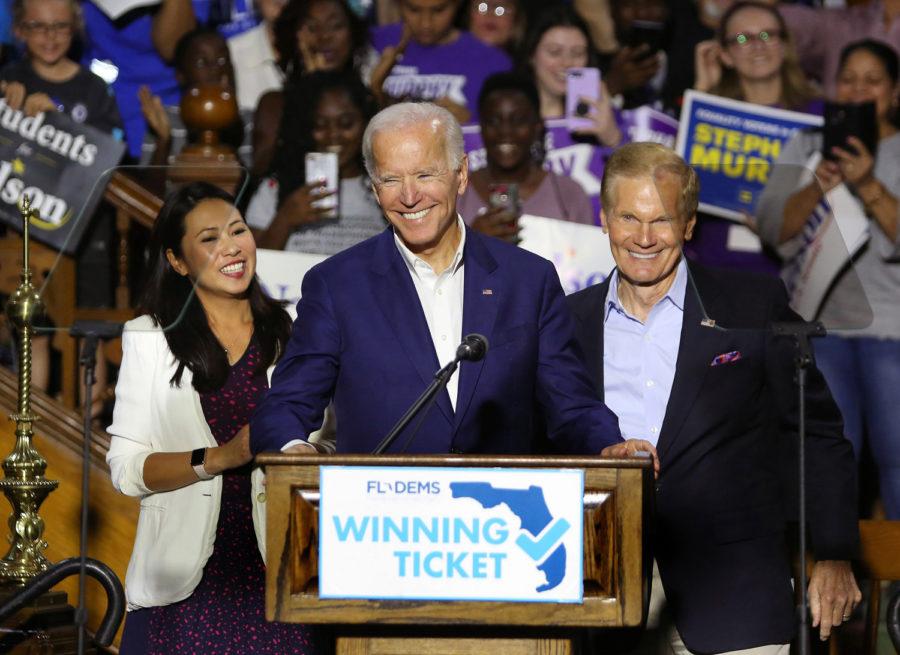 It may seem too early to look ahead to the 2020 presidential election, but that’s just what many Democratic contenders are doing as they consider whether or not they’ll run.

During the 2016 election process, only two Democrats — Hillary Clinton and Bernie Sanders — lasted through the entire primary race, with one candidate dropping out during the primaries and several more dropping out before the primaries even began. It looks as though 2020 will feature a larger, more diverse group of candidates vying for their party’s nomination. Hopefully, these candidates will learn from the mistakes of the 2016 election and take the Democratic party into a new, better direction.

Congress’ incoming class this year is the most diverse group of people the legislative body has ever seen. Of the 100 non-incumbent winners in the House and the Senate, 40 are women and at least 25 aren’t white. The average age of all new members is 49, making it the youngest incoming class in three cycles.

Part of this younger, more diverse Congress is a class of younger, more diverse Democrats — many of whom are throwing their hats into the ring for a 2020 presidential bid. Julian Castro, former secretary of housing and urban development for the Obama administration, announced he would run on Jan. 12. His mother helped found the Raza Unida political party, which aims to fight for Mexican-American rights. He credits his involvement in politics to his mother’s activism.

Rep. Tulsi Gabbard from Hawaii announced on the same day as Castro that she would run in 2020. She’s the first Hindu and the first American Samoan member of Congress, as well as an Iraq War veteran.

Not all of the candidates are young and newer to politics, though. Sen. Elizabeth Warren of Massachusetts, a prominent member of the Democratic party, announced her candidacy on Dec. 31. Bernie Sanders, the 77-year-old senator from Vermont who nearly won the 2016 Democratic nomination, and 76-year-old former Vice President Joe Biden are both seriously considering presidential runs.

Democratic voters seem to be tired of establishment candidates like Biden and Sanders. This is corroborated by a USA Today/Suffolk University poll, which determined that 59 percent of voters surveyed are excited at the prospect of “someone entirely new” running for president. When asked how they felt about Biden, 53 percent said they would be “excited.” Just 36 percent reported being excited about Sanders, and 30 percent expressed excitement about former Texas Rep. Beto O’Rourke.

But while young new candidates might help shift the Democratic party in the direction most American Democrats want it to go, the divide between the types of candidates vying for the nomination has the potential to harm the party’s bid for the presidency.

According to an analysis by political scientist Brian Schaffner, 12 percent of Democratic voters who voted for Sanders in the 2016 presidential primary went on to vote for President Donald Trump in the general election. This is likely a result of just how divisive the Democratic primary was amongst democratic voters.

“The party can’t win if it’s not inclusive, and the way to be inclusive is not to relitigate the old battle,” says former Gov. Howard Dean, D-Vt., regarding past arguments of old candidates. “And there’s obviously some attempt to do that.”

If Democrats want to win back the White House, their presidential candidates need to learn from the last time around and not allow campaigning and rhetoric to get as ugly and intense as it did in 2016. They have the same common enemy — Trump — and need to keep that in mind rather than focusing on those they share a party affiliation with.