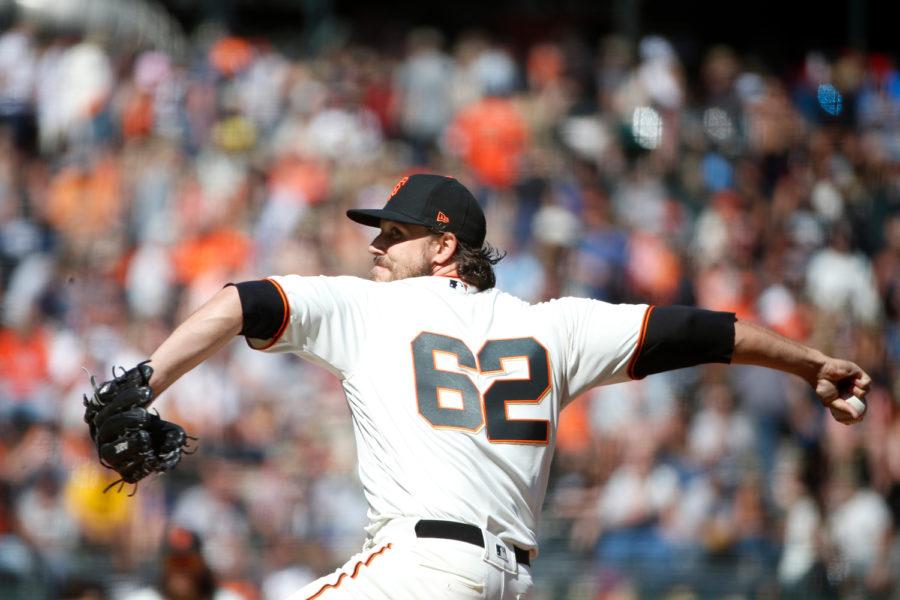 Athletes come to Pitt from all over the world to compete at the highest level of collegiate athletics. For most, Pitt is where their careers will come to an end, but for a handful of truly extraordinary athletes, it’s their path to living in the world of professional sports.

With 15 varsity sports, it is expected that some Pitt alums go on to become professional athletes. While some, like former Pitt football player James Conner, are more well known, there are still Panthers from all different sports performing at the professional level. Some of them include baseball, soccer and tennis players.

It is no secret that an athlete’s career can easily be derailed by injuries. That was almost the case for former Panther baseball player Ray Black. After his senior year of high school, Black underwent Tommy John surgery, a procedure that involves repairing tendons in the elbow and can be career-ending for some. But that wasn’t the case for Black. After two years at Pitt, he went to the pros.

Black left Pitt in 2011 and was drafted in the seventh round by the San Francisco Giants, but it’s been an uphill battle for him ever since.

In addition to his Tommy John surgery, Black also dealt with a knee injury and surgery to repair a torn labrum, all before leaving Pitt.

Due to his shoulder surgery, Black was sidelined for two seasons before he made his first professional appearance in 2014 for the Single A Augusta GreenJackets.

For the next four years, Black bounced between teams in the Giants farm system. He broke though in 2018, posting a 0.90 ERA with four saves in 10 appearance for the Double A Richmond Flying Squirrels. Black was then quickly promoted to the Triple A Sacramento River Cats.

Black made his major league debut on July 8, 2018, against the St. Louis Cardinals — a 13-8 win for the Giants. Black’s rookie season was inconsistent, but he projects to become a major contributor for the Giants’ bullpen in 2019.

Black’s inconsistency is not unsurprising, as his numbers were not particularly impressive in college. In his redshirt freshman year, Black posted an 11.05 ERA while walking 41 batters in 36.2 innings, yet his 6-foot-5 frame and overpowering velocity on his fastball were enough for the Giants to take him on as a long-term project.

Joining Black in the professional world is former Pitt soccer midfielder Javi Perez. Perez was drafted in the third round of the MLS SuperDraft by Los Angeles Football Club, making him the second former Panther footballer ever to be drafted.

Perez is originally from Valencia, Spain, where he played elite club soccer for Valencia CF for 15 years before coming to Pitt in 2017.

When Perez committed to Pitt, then-coach Jay Vidovich praised him as a skilled and intelligent player who brought valuable experience with him from overseas.

“Javi is a footballer through and through,” Vidovich said. “He has a great vision for the game. His passing is very good and he brings other players into the game. He has a tremendous pedigree in terms of staying with one of the top clubs in Europe and training with Valencia during his time … His experiences and leadership will serve us tremendously.”

Perez left Pitt after a decorated junior season, where he received Second Team All-ACC honors for the second consecutive year. Perez was named a team captain in his final collegiate season and finished second on the team in goals and assists with four and three, respectively.

In the waning days of Pitt’s women’s tennis program, one of its most recent alumnae remains a bright spot for a program that has struggled to produce winning results. Amber Washington, a 2018 graduate from St. Paul, Minnesota, ended her career in a dominant fashion that continues at the professional level.

During her senior year, Washington posted a team-high 15 wins as the No. 1 singles position, including three against ranked opponents. In doubles, she posted 18 wins also while in the No. 1 position. Washington’s efforts earned her a position on the Third Team All-ACC.

As a professional, Washington is competing on the International Tennis Foundation’s World Tennis Tour. She made her most recent appearance in Sharm El Sheikh, Egypt, in October, where she posted eight doubles wins and four singles wins.

Washington isn’t the only female athlete from Pitt performing at the professional level. Siobhan McDonough, a 2017 graduate, was a four-year starter for Pitt women’s soccer and helped guide the program through its transition from the Big East to the ACC. According to the Pitt media relations department, McDonough is the only former Panther from the women’s soccer program that is currently signed with a team.

Despite what McDonough described as a lack of technical skills, Pitt offered her a scholarship. Now, as a professional, she credits much of her development to the trust and care her coaches put in her. According to McDonough, the coaching staff put in the time so she could hone her natural athleticism and become a dependable starter and leader.

“I was fortunate to always have the support of the coaching staff to help guide and challenge me throughout those years,” McDonough said in a press release.

That opportunity paid dividends for McDonough and her coaching staff. Pitt secured a winning season in 2015, its first since 2010. Two years later, McDonough went pro, earning a spot on the Dutch team, PEC Zwolle.

During the 2017-18 season, McDonough appeared in all 22 possible matches for the PEC Zwolle and scored one goal. So far in the 2018-19 season, she has appeared in 13 matches and is one of three Americans currently on the PEC Zwolle roster.

Black, Perez, Washington and McDonough are just a few of the many Pitt athletes now playing at the professional level. While each of their careers are at different stages, they all have one thing in common: they got their starts as a Panther.