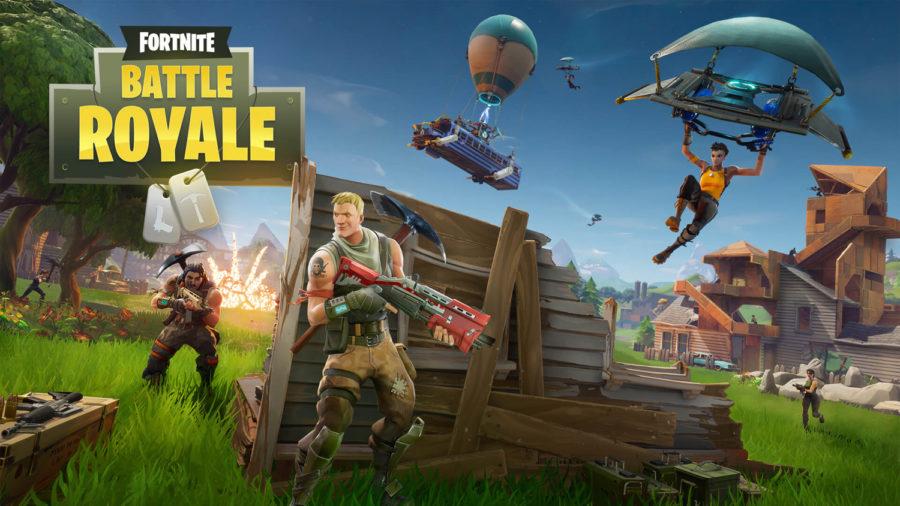 “Battle Royale” is a mode used in online games including “Fortnite” and “Player Unknown Battlegrounds.” r

Last summer, I was surprised to see my 20-year-old sister playing video games, something she usually didn’t care for. More than that, she was playing a multiplayer game with my brother and her friends. Next thing I knew, everybody and their mothers were obsessed with the game “Fortnite.”

This past year saw the rise of the battle royale mode, with games such as “Fortnite” and “Player Unknown Battlegrounds,” or “PUBG,” becoming the most iconic. Of course, this mode has roots all the way back to 2012 and was influenced by the popular “Hunger Games” series. But while battle royale may be fun to watch, it needs a massive community to support it, lest it fall out of popularity. This spells a troubling future for the genre, if current gaming trends continue.

In a nutshell, the battle royale mode involves around 100 players dropped into a big map with no weapons. Players must explore the map and scavenge for weapons, armor and gear to eliminate other players. There is also a damaging circle around the map that shrinks, drawing players closer toward each other until there is only one man or team left. If this sounds similar to “The Hunger Games,” that’s because it is.

Roughly one month after the first “Hunger Games” film was released with resounding success, a fan-made modification of the game “Minecraft” was created, with a survival-like premise similar to the film. “Minecraft’s” survival mode mod was very popular, which led to other survival mods such as “DayZ,” “Rust” and “H1Z1.”

These mods moved multiplayer game play closer toward the highly successful “PUBG,” released in 2017. By November of that year, the game reached 20 million sales, sparking the craze for battle royale.

Epic Games then released “Fortnite: Battle Royale Mode” in September 2017, which was similar to “PUBG” but had a more colorful art style similar to “Overwatch” and an ingenious building mechanic. At first, “Fortnite” and “PUBG” had equal success, but by 2018 “Fortnite” passed “PUBG” in revenue and became a worldwide phenomenon — so much so that celebrities such as Drake, Joe Jonas and JuJu Smith-Schuster played the game.

Battle royale games such as “Fortnite” and “PUBG” encapsulate various elements of what makes games fun. The large maps along with the randomization of items in the map make each game different from the last, leading to lots of fun outcomes every match. Of course, “Fortnite” has the distinct advantage of being free to play, along with its availability on all the main gaming consoles and mobile phones. This lowers the entry barrier and increases access, leading to a larger fan base.

Granted, what makes a game fun is subjective, but there is hard scientific evidence to support battle royale’s appeal. According to Professor Rogelio E. Cardona Rivera at the University of Utah, these games cater to Maslow’s Hierarchy of needs.

“Battle royale games typically combine survival, exploration, and scavenging and crafting,” Rivera said in an article for Wired. “Psychologically and evolutionary, we have the pure and basic foundational need.”

Having to survive for a long period of time caters to the bottom two levels of the hierarchy triangle, physiological needs and safety, while the multiplayer aspect inspires feelings of belonging, especially when players are in squads. Plus, “Fortnite” allows players from almost every device to play with each other via cross-platform play.

But the top two levels of Maslow’s hierarchy, self-actualization and self-esteem, are the most important. Winning a match of “Fortnite” against 99 other players is one of the hardest things to do, so when players do win, the sense of accomplishment is unbelievably satisfying.

It appears this hype for battle royale mode isn’t dying out anytime soon. The recent “Call of Duty: Black Ops 4” removed its single-player campaign mode to put in its own battle royale mode and other gaming franchises such as “Battlefield,” “Counter Strike” and even “Red Dead Redemption” are all getting battle royale modes, too. But that doesn’t mean they will all turn out well.

Despite the general success of the battle royale mode, it has created two inherent problems in the industry: oversaturation and a reliance on large player bases. It’s pretty standard for every gaming company under the sun to try and create its own battle royale mode to compete with “Fortnite,” but it has also led to the mode becoming tiresome for gamers.

Recently, the number of streamers playing “Fortnite” dropped by 5 percent from 2.37 million to 2.25 million in the last quarter. “PUBG” also lost half its player base by June of last year, showing less interest in the game that began the popular trend.

Bad trends can start from good intentions. Back in 2010, “Harry Potter” split its final film into two parts to tell a better story, and then all of a sudden, every book-to-film adaptation felt the need to do the same for shameless profits. It led to two drawn-out adaptations of “The Hunger Games: Mockingjay” and “The Hobbit” getting split into three films instead of simply one, with many pointless scenes.

But it’s unfair to solely blame “Harry Potter” for that trend and vice versa for “Fortnite.”  “Fortnite” is an amazing game, but 900 of them is too much. “God of War” won game of the year in 2018 not because it followed industry trends, but because it had an engaging story with incredible game play.

Many battle royale modes are just pushed out to cash in on the trend, leading to low-quality games. “The Culling 2” was a game that was so bad, it was pulled from sale about a week after its launch. Ouch.

In addition to their overabundance, battle royale modes require a large number of players, which means when the player base dies, so does the mode. For instance, take  “Realm Royale,” a game that lost more than 90 percent of its player base since launch. With fewer people to play the mode, the game becomes much harder to play and beating less people feels less gratifying.

With this trend becoming so big, it’s important to be cautiously optimistic. I will continue enjoying “Fortnite” and “Black Ops 4” for what they do well, but the more battle royale gets shoved down my throat, the more stale it becomes.

At this rate, I wouldn’t be surprised if we get a battle royale mode for “Super Mario Bros.”