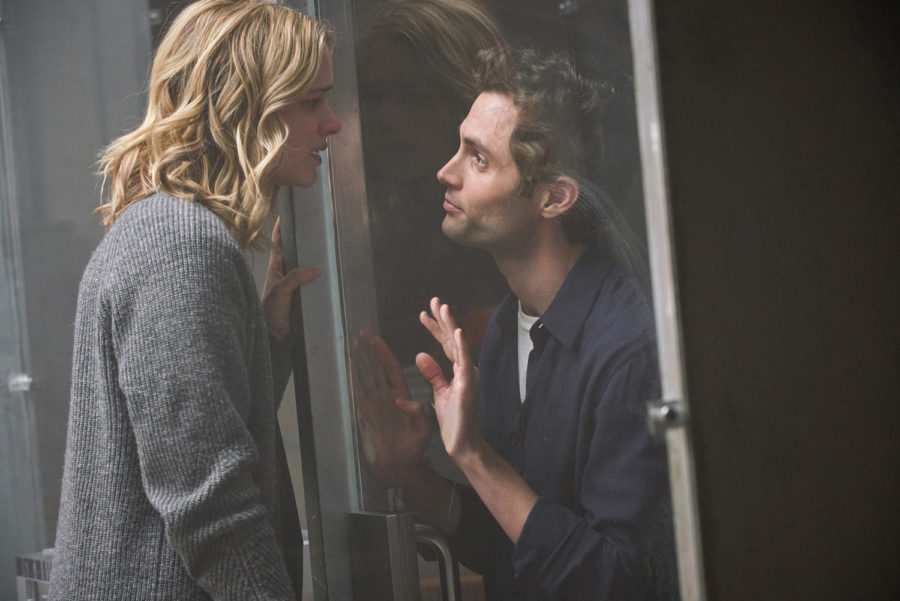 The usual girl-stalked-by-creepy-guy narrative is turned upside down in this #MeToo-era, psychological thriller. Based on the 2014 novel by Caroline Kepnes, the series “You” follows unassuming bookstore clerk Joe Goldberg (Penn Badgley) after he becomes obsessed with customer Guinevere Beck (Elizabeth Lail).

We’ve all felt like we were being watched before. Maybe a car behind you made the same three turns as you did, so you sought an alternate route home, just in case. Maybe you made eye contact with the same stranger one too many times, and decided to leave the coffee shop where you were studying because you felt observed. Maybe you’ve actually had a stalker before.

Adapted from Caroline Kepnes’ book of the same name, “You” follows Joe Goldberg (Penn Badgley), a manager of an independent bookstore in New York City, who meets Guinevere Beck (Elizabeth Lail), an MFA student, and quickly becomes obsessed with her. Throughout the 10-episode series, Joe stalks Beck, manipulating his way straight into her heart.

As Joe follows Beck through the streets of New York, she goes about her days blissfully unaware, not questioning when Joe just happens to be able to help with any issue she has, sometimes before she even consults him for help. As things escalate for Joe, the audience is taken on a wild ride through his obsession with Beck and the lengths he will go to be near her.

The show blurs the lines between public and private life, and can make you question whether or not you’d notice someone if they were snooping into your life. Joe becomes obsessed with the idea that Beck’s best friend, Peach Salinger — yes, that Salinger — is also obsessed with Beck.

Not only does Joe fail to see any irony or self-awareness in the fact that someone else is stalking Beck, but he sneaks into the Salinger family’s Connecticut estate while Beck and Peach are on a weekend getaway. He even manages to stay in the house undetected overnight.

The show was met with criticism online. Some viewers loved Joe, finding sympathy in his lovelorn trailing after Beck. “@PennBadgley kidnap me pls,” a fan tweeted Badgley about his portrayal. “No thx,” Badgley responded, in just one of multiple tweets reminding fans that his character is a violent stalker, which should be concerning.

Actress Millie Bobby Brown faced online criticism when she posted a video to her Instagram story, saying she thought Joe acted out of love. People were quick to jump to her defense, saying the 14-year-old lacked the life experience to realize Joe was creepy, and that her reaction was proving the show’s point.

“There’s nothing wrong with her she’s literally a 14 year old girl and that’s it like, she’s been raised in a society that romanticizes toxic behavior from men and ya’ll expect her to be ‘woke’ like she’s an adult,” tweeted one user, in defense of Brown.

In a way, the audience’s reactions to Joe illustrate the point the show is trying to make. It is easy to overlook problems in a relationship when you want to see the good, and people are more complex than they seem. Joe is not a classic evil villain, not by far. He is at times sweet, charming and insightful.

The true magic of “You” lies with Badgley’s performance — he is so convincingly a good boyfriend and a good man that the audience almost forgets he stalked his girlfriend in order to be with her. Joe gives life advice and a kind ear to his young neighbor, Paco, who struggles with living with his mother and her abusive boyfriend. He also takes on household labor for Beck with a smile on his face to allow her to focus on her writing.

The audience is constantly lulled into forgetting what Joe has done by Badgley’s charming smile and soft eyes. But then, the show suddenly snaps back to reality, like when Joe gets caught with a half-formed explanation for why he knows something he shouldn’t, or the smile drops off his face as someone he sees as a threat to his relationship leaves the room.

The audience hears Joe’s inner justification of his actions through narration, and sometimes you’re tricked into really believing what Joe believes himself — that he is doing it all for love. Never mind the fact that he follows Beck around almost everywhere she goes, even going so far as to steal and clone her phone so that he can see every interaction she has in her online life.

“You” walks a thin line between obsession and love. What some see as romantic gestures, others have called out for downright creepy. Either way, Badgley’s performance makes you second-guess your notions of love the whole way through, and with a second season slated for production later this year, he’s only getting started.