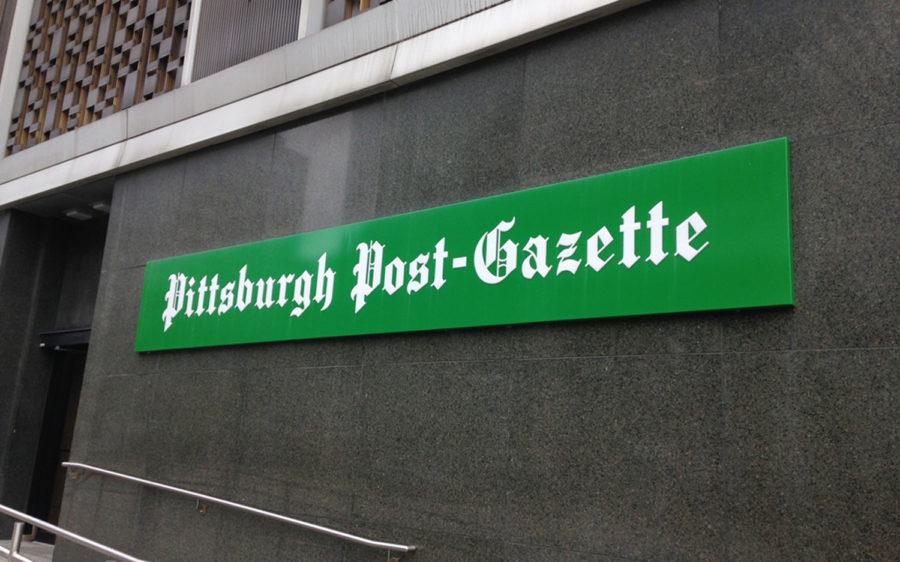 Three cartoons published by Post-Gazette cartoonist Steve Kelley in the last week have been criticized for perpetuating stereotypes against women.

A string of editorial cartoons published in the Pittsburgh Post-Gazette this past week may have left you scratching your head — and you’re in good company.

Three cartoons drawn by Post-Gazette cartoonist Steve Kelley in the span of one week show a blatant disrespect for women and put into question the newspaper’s editorial judgment — as well as its choice in staff. These cartoons simply shouldn’t have been published, and they don’t reflect the values for which the Post-Gazette once stood or the values of a large number of its readers.

The heavily criticised lineup of offensive drawings started Jan. 13, with a cartoon that depicts a woman saying to a man, “As a modern woman, I’m all for eliminating traditional gender roles, at least until the waiter brings the dinner tab…”

The very next day, another cartoon from Kelley showed two young girls talking, one of whom says, “Maybe one day I’ll grow up and divorce a man just like Jeff Bezos!”

The third offensive cartoon was published this Sunday and depicts President Donald Trump and Speaker of the House Nancy Pelosi staring each other down over the government shutdown, Trump unable to blink because there’s “too much at stake” and Pelosi unable to do the same because of “too much botox.”

The message to readers is clear: the Post-Gazette endorses the idea that women adhere to gender roles to avoid paying for things, that young girls should aspire to marry a tech entrepreneur instead of become one and that it’s acceptable to use a woman’s appearance to make a political joke. None of these messages are funny because misogyny isn’t funny — and perpetuating these stereotypes is harmful.

There are ways of making a political statement that actually reflect the issues at hand and don’t rely on outdated, offensive stereotypes about women. Other cartoonists, like previous editorial cartoonist Rob Rogers, are capable of this feat, and other editorial boards are capable of making good choices when it comes to the kind of content they put forth. Neither Kelley nor the Post-Gazette are apparently capable of these two tasks.

This isn’t the first time this publication has ran into trouble for the content it publishes. In fact, this isn’t even the first time in the past year. Publisher John Robinson Block wrote an editorial last January defending Trump’s racist statement about “shithole countries” like Haiti, El Salvador and African nations.

Not only did the editorial defend the president’s remark, it claimed we use the word “racist” too often and as a form of slander. In response, members of the Block family and shareholders wrote a letter to the editor critical of Block’s editorial, claiming it didn’t uphold the values of the late William Block Sr. The Newspaper Guild of Pittsburgh, a union that represents journalists in Pittsburgh, broke with a longstanding tradition of not commenting on editorial opinions and also wrote a letter to the editor to condemn the editorial, which was not published by the Post-Gazette.

Now, a year later, the Newspaper Guild has written another letter to the editor in response to Kelley’s cartoons.

“Our editorial page should reflect our community,” the letter reads. “It should treat everyone with dignity, respect and human kindness. It should engender thoughtful discussion about issues we face. These cartoons do none of that. They are misogynistic, pure and simple.”

The letter also points out that, as happened in the aftermath of the racist editorial, “subscribers and advertisers are cutting ties with us.”

Newspapers are an important member of any community, and they matter very much to their readers. If the Post-Gazette wants to survive, it needs to stop pandering to the kind of audience it thinks it has and start treating women with respect.