Delectable dishes at the best restaurants, according to the experts 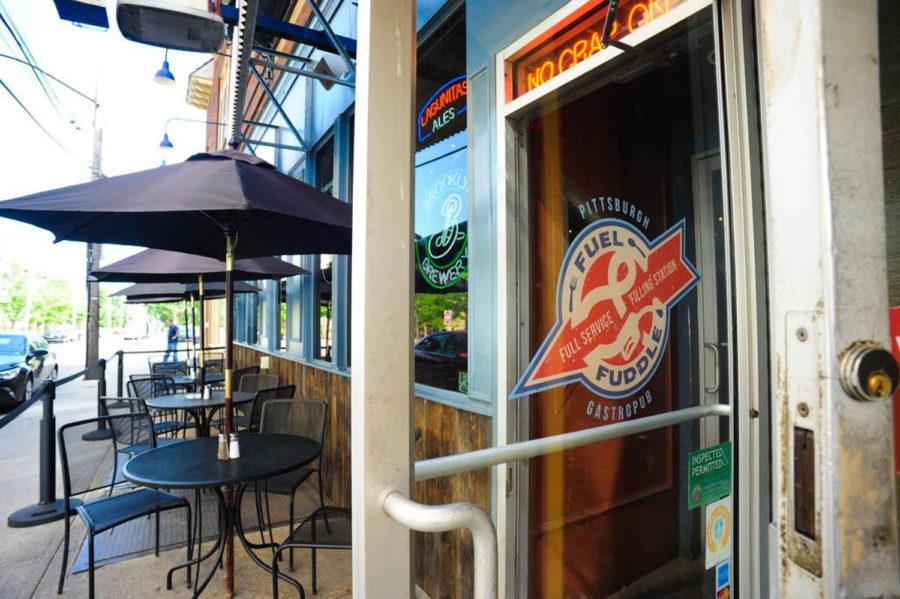 For anyone, ordering at a restaurant can be a daunting ordeal. You hunch over in your seat and flip through a pages-long menu loaded with a dizzying array of appetizers, entrees and even desserts. Scouring those glossy pages for a great meal can feel like searching for a four-leaf clover.

That’s why here at The Pitt News we’re turning to the experts — the people who actually work at Pittsburgh restaurants — to make those decisions for us. Here’s a sampling of employees’ top food picks at Pitt students’ favorite restaurants.

Fuel and Fuddle is well known for its delectable sweet potato fries as well as its unbeatable late-night deals. Students on tight budgets flood the restaurant after 11 p.m. every night to devour a half-priced meal or down one of the bar’s hundreds of alcoholic beverages.

But as for what to order, bartender Amy Shock says you can’t go wrong with pizza — especially the restaurant’s smashed potato pizza.

“A lot of people come to our restaurant just for the pizza, it’s probably our most popular item,” Shock said. “I mean, what sounds more appealing than potatoes on pizza? The base is mashed potatoes and then we cover that with bacon, tomato, onion and ranch.”

The smashed potato pizza has been on the menu for more than 15 years, according to Shock, and it’s been a staff and customer favorite ever since it was added to the menu.

“I’ve never heard of anyone not liking it,” Shock said.

Oakland is home to at least a dozen Indian restaurants, but year after year Prince of India remains Pitt students’ favorite. According to waiter Ravi Singh, that’s mostly due to some of the restaurant’s chicken dishes.

“Butter chicken and chicken tikka masala are my favorites, and they’re also the most popular orders here,” he said.

The chicken tikka masala has tender morsels of white-meat chicken swimming in a rich tomato cream sauce, garnished with cashews, raisins and infused with an assortment of Indian spices.

“Diners can customize the the spice level of the dish so it’s just to their liking,” Singh said. “That makes it accessible to everyone.”

Plenty of restaurants in Pittsburgh and Oakland serve burgers, but very few let you build your own burger as elaborately as Stack’d. According to waitress Amanda Rivera, that’s partly why the service is so popular.

“Definitely our most popular [dish] is our build-your-own-burger,” Rivera said. “You can choose your meat and whatever sauces and toppings you want.”

Among the restaurant’s dozen-plus toppings are bacon, tomato and lettuce, but also unorthodox ones like onion rings and blue cheese. The restaurant also offers more than 20 sauces from ketchup and mustard to chipotle and pineapple mayo.

For customers who feel intimidated by the build-your-own-burger process, the restaurant also offers more traditional burgers.

“I personally like our veggie burger,” Rivera said. “I know a lot of customers just like our regular Stack’d burger, which is a little easier to swallow.”

A lot goes into making a good pizza, and Sorrento’s has made some of Pitt students’ favorite pizza for the past 40 years. With eight different flavors and four different styles, there’s lots to choose from, but line cook Finn Dougherty thinks the veggie lover’s pizza edges out the rest.

Dougherty shared her secret for ensuring every pizza comes out of the oven with the right consistency.

“I like to brush the crust with olive oil before I put the pizza sauce on so it gets nice and crispy,” Dougherty said.

To Dougherty, the consistency, flavor and appearance of Sorrento’s pizza comes together best in the veggie lover’s.

“All the veggies combine their flavors together nicely,” Dougherty said. “It also just looks really pretty and colorful.”

Several “Best Of” restaurant winners are located in Oakland on the Forbes-Fifth avenues corridor. Graphic by Liam Salter | For The Pitt News

After finishing lunch or dinner at one of Pitt’s favorite restaurants, students can head to Millie’s Homemade Ice Cream in Shadyside for dessert. The gourmet shop boasts several different flavors, which rotate every few months, for Pitt students to satisfy a sweet tooth.

Among the staff’s favorites, according to cashier Jasmine Lonesome, is cookie dough.

“My personal favorite is the cookie dough,” Lonesome said. “The flavor of the cookie is slightly salty, which is different than in most cookie dough ice creams.”

The cookie dough can also satisfy your childlike curiosity, said Lonesome, because the shop puts in differently sized chunks of dough in the ice cream to surprise customers.

“Taking a big spoonful, you don’t know if you’ll get a small or large chunk,” Lonesome said. “Uncertainty can be exciting … and it’s better than any ice cream I’ve ever had.”