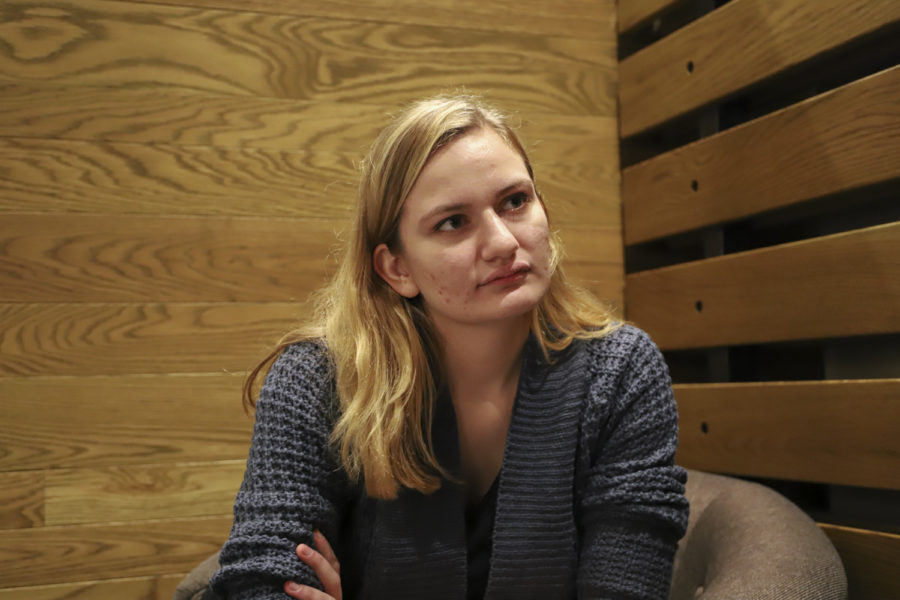 First-year business and English major Ashley Priore is running for school board in District 4.

Between 16 credits at the University of Pittsburgh and 15 hours a week volunteering with children, Ashley Priore manages to fit in a campaign for public office.

Priore, a first-year student studying business and English (who briefly worked for The Pitt News in 2018), is running for a seat on the Pittsburgh Public School Board. She is a Shadyside native who founded a non-profit organization, The Queen’s Gambit Chess Institute, in 2014. The group teaches chess to children in Pittsburgh and helps get them excited about the game.

Priore will run for District 4, which represents Squirrel Hill, Point Breeze and parts of Shadyside and North Oakland. Hoping to streamline communication between elected school board officials and the students they represent, Priore wants to be a voice on the board for students.

“I’ve interacted with a lot of students, and it got to the point where they were telling me about their problems in school. They had so many great ideas, and I said, ‘Well, why don’t you approach your board about it?’” Priore said. “Some of them didn’t even know they had a school board.”

Priore said she wants to make communication between students and their school board more regular. To do so, she plans on creating committees made of students who communicate directly with the school board.

Priore said she hasn’t had trouble balancing her schoolwork, volunteering and school board campaign. Because she enjoys everything she’s doing so much, Priore said scheduling tends to work itself out.

Priore previously worked for the Pittsburgh Commission on Human Relations and Council Member Erika Strassburger’s office, and with her prior government experience she said it’s interesting entering the arena as a candidate now instead of an intern.

Priore has connected with great mentors and friends through her work with Pittsburgh Public Schools, she said. One such influence is Ashley Comans, a member of the Wilkinsburg School Board since 2017. Comans also serves as the coordinator for Hill Youth Partnership for Enrichment. The group works to keep kids engaged after school and during summer vacation in activities such as art and computer science camps.

Comans said she’s always been impressed with Priore and how good she is getting kids excited about something. When it came to Priore’s school board campaign, Comans thought Priore should just go for it, emphasizing that she would do well in the role.

“Ashley isn’t hesitant to be around kids who may have had a different upbringing than her, and she is capable of relating to the students, simply off of chess,” Comans said. “I’m a school board director too, so I think what I like about Ashley is she listens. She listens to people, she wants to always find an understanding on whatever a topic or a situation could be.”

Comans was impressed that Priore was interested in running for school board at such a young age. The two bonded over their time spent working with children, but Comans said she hasn’t helped much with Priore’s campaign for school board. But Comans said Priore is suited for the role because of her passion for helping public schools.

Lynda Wrenn, current board president of PPS, said such drive is necessary when running for the position.

“If you care about your community, you should care about your public schools and help them to be successful. Not only are strong [schools] vital to the success and future prosperity of this city, but we have an important responsibility to the people in our community. We want families to feel good about our schools and want to sent their children there,” Wrenn said in an email.

But Comans said people sometimes run for school board with poor intentions.

“People feel like when you get these titles, it gives you a sense of power,” she said. “And if you’re not using your role to the benefit of the children, the kids don’t win, and the kids need a win in our school district.”

Comans said Priore is “youth-focused,” which would bring something new to the school board. Kids are often told what they want by the adults making the decisions, Comans said, but Priore’s goal of connecting to kids would help this issue.

“It’s not always best to go with what’s familiar to you rather than what’s best for the task at hand for the position the people have to hold. I think a lot of times, especially in local politics, you’re used to seeing people in certain roles. That’s not always to say that that is what’s best,” Comans said.

While she didn’t go to PPS, Priore said her work with Queen’s Gambit has connected her to kids in the district in a way that gives her an understanding of what she could bring to the board.

Priore said her memory of the school experience is more fresh in her mind than in other officials’. But she feels she’s had enough time since graduating high school to reflect.

“I’ve been able to now say OK, I have those experiences, now I’m going to look at them more critically. What did I like about my experience, what didn’t I like?’” Priore said. “Not thinking negative about it but how can schools continue to improve.”