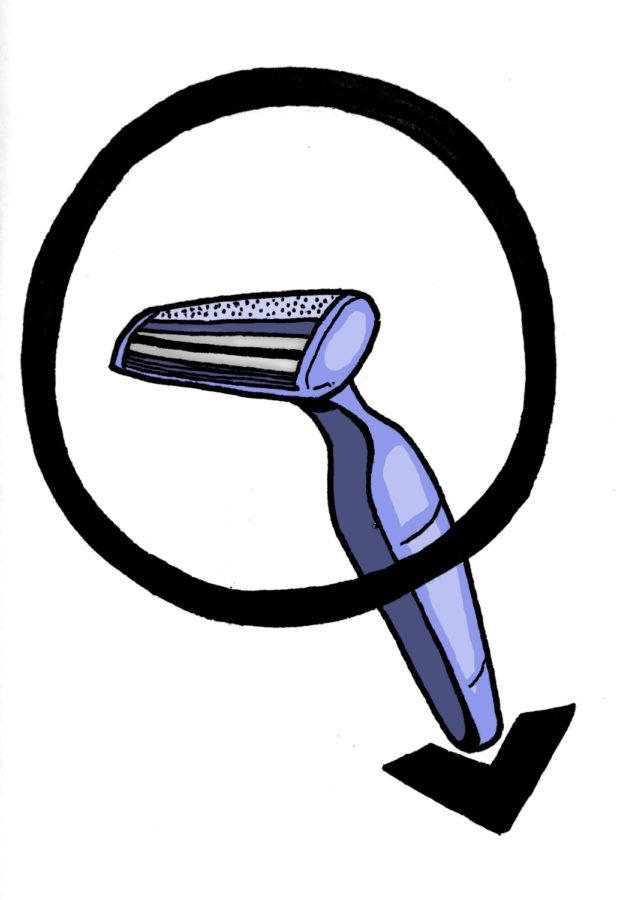 Gillette’s newest commercial poses a question that upset America’s men, even though it is one women face every day: Is this the best you can be?

The cosmetic industry makes its money by convincing women they need to be better, but controversy arose when Gillette aired its commercial demanding the same of men. The commercial begins with a close-up on a man’s face, while news segments about bullying, sexual harassment, the #MeToo movement and toxic masculinity play in the background. When Gillette finally inserts its own narration into the commercial, the first thing it asks is, “Is this the best a man can get?”

The commercial continues with snippets showing cyberbullying via text and the sexualization of women in music videos, weaving those elements together with the edited news segments playing in the background. It continues by showing other scenarios such as mansplaining in an office, and men at a barbecue saying “boys will be boys” while two young boys wrestle on the lawn over an argument.

Gillette released the ad on Jan. 13, and many YouTube viewers quickly took to the comments to question the validity of the arguments made by Gillette, since the company’s razors are more expensive for women and a hiring partner of Gillette’s parent company, Procter and Gamble, faced a federal lawsuit in 2018 as a result of a factory manager allegedly repeatedly sexually harassing female employees.

Despite the merit that these criticisms have, we shouldn’t devalue the arguments presented in the commercial. We should look into allegations of sexual harassment and encourage Gillette to remove the pink tax from its razors, but it is reductive to discount the messages presented in its new ad based on some of its other practices.

Gillette’s messages of bullying, toxic masculinity, sexual harassment and references to the #MeToo movement in the commercial create discussion about very real problems. After the Time’s Up and #MeToo movements, many Americans began redefining what it means to be a “good” man, so why shouldn’t we ask if this the best a man can get?

Gillette uploaded its ad in the same month the American Psychological Association released “Guidelines for Psychological Practice with Boys and Men” — which just so happens to address the themes Gillette’s commercial tackles.

The guidelines go as far as saying that traditional masculinity may be linked to higher risks of suicide, substance abuse, early death and violence. These statistics depict the severity of the situation, and how it goes deeper than interpersonal relationships.

Society needs to reevaluate gender roles and what it means to be a man or a woman. The fact that these questions were brought back into the public eye by a razor company should not matter — these topics deserve attention and consideration.

Gillette’s bold decision to air this controversial ad scored them significant views, with 16 million views just three days after its upload on YouTube. It also landed a No. 33 spot on YouTube’s top videos on the third day.

The video got more dislikes than likes — 733,000 likes compared to 1.3 million dislikes — from viewers. The comments section of YouTube also contains more negative than positive comments, and it feels more like verbal warfare than contemplative, productive discussion. But the commercial gave Gillette enormous buzz to say the least.

The comments on the video itself prove the ignorance that many individuals have about what constitutes harassment and being a man. One viewer posted his frustration in the comments section about a scene in the commercial where a man prevents another man from catcalling and harassing a woman on the street.

“So it’s ok if a complete stranger physically holds you back when you decide to go and chat to a girl because you thought she was pretty? What world do these people live in?!?!” one comment read.

Street harassment is unwanted and nonconsensual sexual advances — verbal or physical — that someone forces on a stranger in a public place. The commenter’s confusion about street harassment depicts the larger problem with the responses to the commercial.

The feeling many men have expressed of being attacked, emasculated or shamed by Gillette further demonstrates the deep roots of toxic masculinity. Commenters quickly asserted that the ad had to be made by liberal snowflakes, feminists or leftists. Meanwhile, the simple question “is this the best a man can get?” sent them into a tailspin.

“I don’t like Gillette preaching to me that as a white male, it is time for me to stop being a buffoon,” one YouTube user commented. “I am a married family man and I am proud of the values I have instilled in my daughter and sons. This clean shaven white male has purchased his last Gillette product.”

Instead of dubbing Gillette anti-man, people should ask themselves why they feel so vulnerable when asked if they are the best version of themselves.

This ad presents real issues that deserve attention. But the failure of many Americans to look at the reality of the situation because they want to obscure it with Gillette’s moral failings depicts the moral scapegoating that still protects men from answering the fundamental question: Is this the best we can get?

Anne Marie primarily writes about gender and student issues for The Pitt News. Write to her at [email protected]