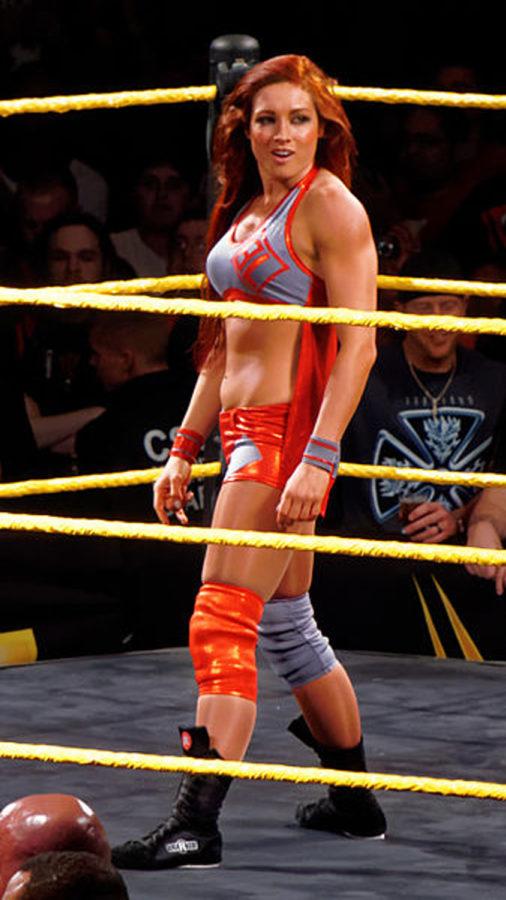 As a staunch advocate for intergender competition and equality for women in professional wrestling, I couldn’t help but love the beatdown Nia Jax faced by a handful of male superstars at WWE’s “Royal Rumble” pay-per-view at Chase Field in Phoenix, Arizona Sunday night.

It helps that she’s still on a lot of fans’ bad side from breaking Becky Lynch’s face in November, costing Lynch — also known as “The Man” — a mega-hyped “Survivor Series” match with Ronda Rousey.

WWE has been teasing Jax’s comeuppance from Lynch ever since the altercation, but hasn’t properly pulled the trigger with a lengthy feud for the two. Instead, we got a preview during this year’s 30-woman Royal Rumble match, when Lynch took the injured Lana’s spot, entering just minutes before Jax did.

Lynch, Jax and Charlotte Flair — who has her own set of problems with Jax — rounded out the rumble as the final three women fighting for their chance of a title match at Wrestlemania. For Jax, this included a cheap shot after she had already been eliminated — she pushed Lynch off the steel ringside steps, damaging her leg. The Irish Lasskicker managed to keep one foot off the ground, keeping herself in the match, and hobbled back into the ring to square-off with her frenemy, Flair.

Incredulous, Flair paused, thinking she’d had the match won. But the ever-resilient Lynch screamed that she could still go and was ready for a fight. After a bout of cockiness from Flair, Lynch — even on one leg — became the winner of the 2019 women’s Royal Rumble.

Somehow, The Man’s celebration didn’t get interrupted by any disgruntled sore losers, but looking toward the end of the men’s Royal Rumble match, it became clear why.

After winning season two of WWE Mixed Match Challenge in December, the team of Carmella and R-Truth earned the right to enter as the last participant in their respective Royal Rumble matches. Carmella was eliminated quickly by Flair, but still did better than her teammate, who didn’t even make it to the ring.

As R-Truth sauntered toward the ring performing his usual rap entrance, an angry Jax stomped up behind him and tossed him into the video board, rendering him unable to compete in the rumble. Jax entered as the 30th “man” instead, causing confusion — but seemingly not discomfort — among the remaining male superstars, as she laid them out one by one.

Cruiserweight superstar Mustafa Ali hesitated to utilize any force on Jax, so she had no problem simply hoisting him up and unceremoniously depositing him to the mat below the ring, eliminating him with ease.

That’s when things got really interesting.

As Jax contemplated her small victory, two-time Royal Rumble winner Randy Orton slinked behind her, measuring his competition. Jax turned around without fear, staring indignantly at The Viper. Appearing to turn away, Orton tried to deliver his signature RKO but Jax was ready, pushing him off and setting him up for a textbook 619 by Rey Mysterio.

After unsuccessfully trying to eliminate Mysterio, Jax became the recipient of an unfortunate finisher fest, as she took a superkick from Dolph Ziggler, a 619 from Mysterio and an RKO from Orton all in sequence. Orton stared at the dirty work with his almost patented sick smile.

Idk about yall but my favorite part about wwe’s #RoyalRumble was Nia Jax getting super kicked, 619’d and RKO’d 😭 pic.twitter.com/LWUKc2aSi0

But despite taking punishment that usually renders a typical male competitor motionless for minutes, Jax began to stir and pull herself up just seconds after the attack. While she got eliminated shortly after that, Jax made a statement tonight.

Even with a separate women’s Royal Rumble, there still isn’t equal opportunity for women in professional wrestling. There are fewer titles, less time given for matches and, as it will probably always be, less clothing involved in women’s wrestling.

On the occasion when male and female competitors square up, the crowd normally reacts unanimously in favor. Former Women’s Champion Lita made her name by being as extreme as her tag team partners, The Hardy Boyz, and never backing down from anyone in her way, and she is still a fan-favorite today despite not competing regularly.

This year wasn’t the first to feature a woman in the all-man rumble — Chyna, Beth Phoenix and Kharma all had a stint featuring eliminations of men just like Jax. The point of these interactions have thus far been that women can wrestle just as hard as men, but including only large “monster-type” women doesn’t really help that case.

While having female-representation in the men’s rumble this year was exhilarating, that spot really should have gone to someone more deserving of the honor and not just the biggest woman on the roster. Flair would have been perfect for this, as she’s amazingly athletic and quick, and comes from a family that has arguably the most famous legacy in all of professional wrestling.

But, since the spot was given to Jax, hopefully she will continue with this momentum. Intergender wrestling isn’t inherently more dangerous or less entertaining than same-sex bouts. If WWE explores this type of feud, its programming opens up so much to fresh new content that CEO Vince McMahon promised earlier this year.

There have been enough teases of intergender matches being normal throughout the years —   it’s time to finally pull the trigger, WWE.

WWE’s next pay-per-view on the road to Wrestlemania is “Elimination Chamber” on Sunday, Feb. 17, at the Toyota Center in Houston.