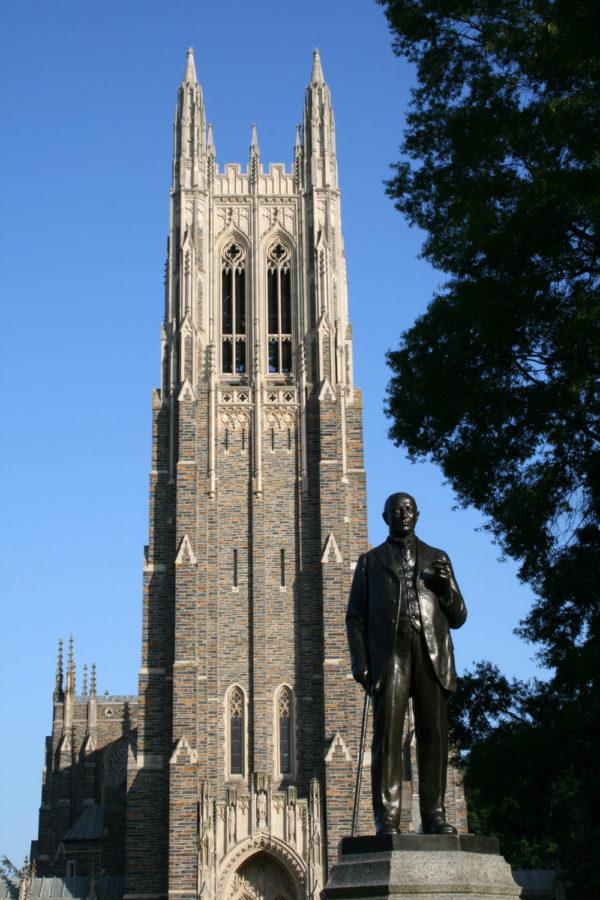 First- and second-year biostatistics students at Duke University received an email about a concerning issue last Friday. Professor Megan Neely, director of graduate studies for Duke’s master’s of biostatistics program, and two of her unnamed colleagues had noticed international students were speaking Chinese in study areas and were highly concerned about it.

Institutions of higher learning tend to tout their status as places that welcome diversity, but the incident at Duke demonstrates how far off this idealized image still is from reality. Neely’s email, which implied that students speaking in a language other than English would be penalized, was uncalled for and xenophobic in nature. This isn’t the kind of thinking that should be welcomed or allowed at universities.

About two-thirds of the 54 students enrolled in Duke’s graduate biostatistics program are from China. Not surprisingly, this means many students carry out conversations in their native Chinese. But according to Neely’s email, these conversations prompted two faculty members to ask for headshots of students so they could identify the ones they’d heard speaking Chinese.

“Both faculty members replied that they wanted to write down the names so they could remember them if the students ever interviewed for an internship or asked to work with them for a master’s project,” Neely wrote. “They were disappointed that these students were not taking the opportunity to improve their English and were being so impolite as to have a conversation that not everyone on the floor could understand.”

The behavior exhibited by these faculty members is disturbing and discriminatory. They effectively threatened to rob students of a certain ethnicity future academic and career opportunities on the sole basis of what language they heard them speaking in a study lounge on their own time.

Equally concerning is the notion present in the email that speaking a language other than English indicates an inability to speak English. It can be difficult as an international student to feel comfortable in a culture different from your own. It’s natural to want to speak your native language to other native speakers when you can find them in a new environment. To argue that such a simple act of comfort and convenience is “impolite” to the surrounding English speakers is both ridiculously insulting and incredibly Anglocentric.

Friday’s email wasn’t the first one of its kind that Neely sent out to students. She sent out another email in February to “provide another viewpoint on why this [speaking Chinese] might not be the best choice while you are in the department.”

The alternative viewpoint was a thinly veiled threat that students who continued to speak Chinese might find fewer research opportunities available to them in the future.

Such a large concentration of international students in one program should and could have encouraged cultural exchange and a greater appreciation for other cultures. Instead, a non-American community became the outlier and the enemy. Languages other than English became rude.

And that’s something to think about.