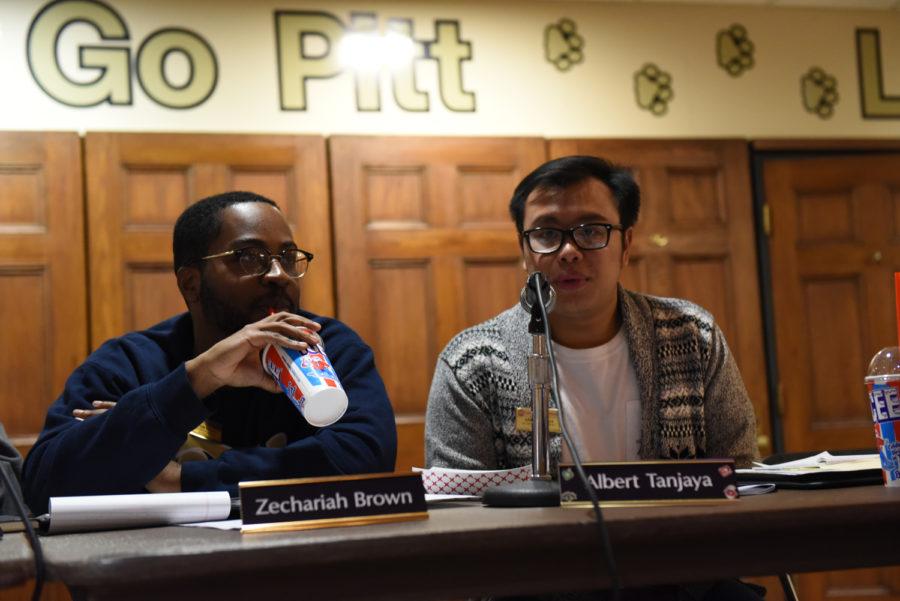 Two slates of candidates for next year’s Student Government Board launched social media campaigns on Wednesday, the official start of campaign season.

Zechariah Brown and Albert Tanjaya, the two sitting board members who are running for president, rolled out their slates and announced their platforms in posts published to Facebook midmorning.

There are four slates of candidates total, according to Elections Committee chair Katie McLaughlin, but the other two slates are apparently waiting for some members to complete the late candidacy filing process before they launch their campaigns.

Brown, an economics and political science major, is running on the Impact slate with board candidates Scott Glaser, a junior studying English literature, global studies and political science, and Caroline Unger, a sophomore philosophy major who chairs SGB’s Facilities, Technology and Transportation Committee.

An announcement post from Tanjaya said his slate’s name was a nod to Pitt’s history of participating in “groundbreaking” discoveries and research.

“It is now the time for us to be on the frontier of the student experience,” the statement read. “Not only acknowledging our diversity but actively working to be as inclusive and understanding as possible.”

Brown’s own announcement said Glaser, Unger and he chose their name because they want to “impact” the way students view Pitt.

“We believe in the ability of every student at Pitt to make a change in the world around them,” Brown’s post said. “But to do that, Pitt has to impact you.”

Both Impact and Frontier said they aim to help food-insecure students.

Each slate’s announcement included a reminder that voting for the election will take place at elections.pitt.edu on Feb. 19 from 8 a.m. to 8 p.m.

Brown and Tanjaya ran on the same slate last year — 582 Bridges — and have collaborated throughout the year.