Opinion | US justified in recognizing Guaido as Venezuelan president 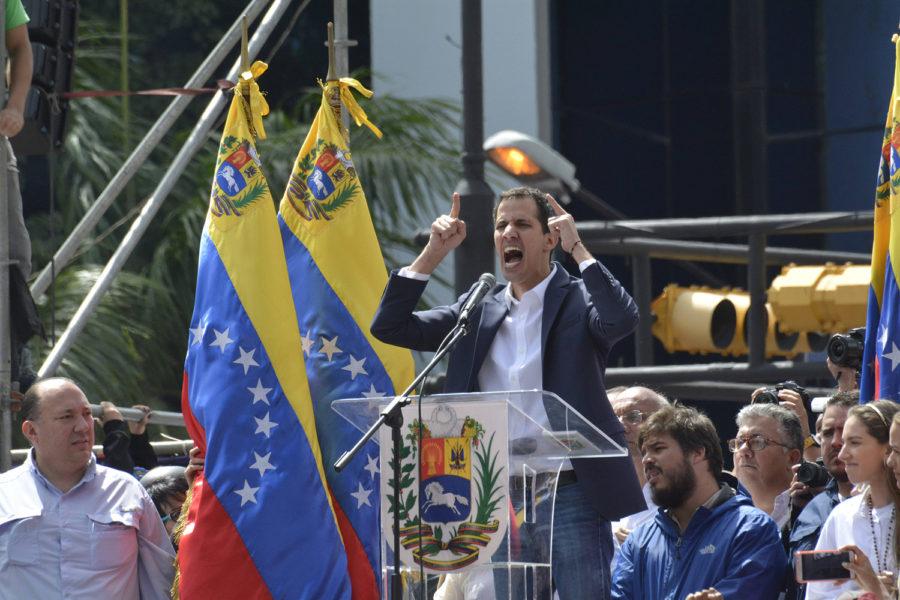 In Venezuela, there are two leaders with a claim on the country’s presidency. On one hand is Nicolas Maduro, an old-fashioned Chavista who has presided over one of the country’s worst economic disasters in modern times, while repeatedly assaulting the democratic institutions of the nation. On the other, there is Juan Guaido, a newcomer to the international stage whose claim to the presidency lies in the fact that he is the head of the National Assembly, Venezuela’s last democratically elected institution.

Maduro is backed by autocratic bulwarks like China, Russia, Cuba, Turkey and Iran, which spread their influence in the region through the dictator. Meanwhile, Guaido is backed by the United States, almost all nations in Central and South America — excluding Mexico and Bolivia — Canada and the European Union so far, all of which have pledged to restore Venezuela’s democracy. The majority of the Venezuelan opposition and our allied countries in Latin America have also stated they will not support foreign military intervention in Venezuela, so that option should be off the table. Sanctions against state-run oil companies within Venezuela are a much better plan.

Trump’s decision to recognize Guaido as the legitimate interim president of Venezuela is a necessary move and should bring monumental change to a country that has suffered greatly these past several years. In order for a peaceful regime change to occur in Venezuela, Guaido must be able to convince the military to stop supporting Maduro’s regime, as well as turn Maduro’s allies away from him. Without the military and international support, Maduro is merely a powerless and paranoid dictator with no de jure claim on a country that clearly rejects him.

For the United States and other major countries to reject the results of an election and recognize someone else as the nation’s leader is a bold move, but a justified one in the case of Venezuela. When the Libyan Civil War began in 2011, there was no clear successor after Muammar Gaddafi was deposed, while in Venezuela, there is a clear democratic successor to the current dictator. Maduro poorly managed his country’s economy and he has a history of clamping down on democracy.

But one of the most egregious things the Venezuelan dictator has done is destroy the function of the nation’s supreme court and legislature in the nation’s democratic framework.

As a result of decreased international oil prices in 2014, Venezuela’s heavily oil-based economy dipped. Instead of adjusting government spending in the socialist country, Maduro kept high government spending the same and inflation went out of control, due to Maduro printing mass amounts of money. Maduro is so cash-strapped he’s not even able to bring in freshly printed Venezuelan money from abroad, since he can’t afford to fly in the money.

“Venezuela has been running enormous, unmanageable GDP deficits of more than 10 percent for years, even back when oil prices were high,” Venezuelan journalist Francisco Toro said in 2016.

Maduro couldn’t reduce government services since he knew that would make him lose power, but now that he’s lost so much money he has no choice. Now even basic goods like food and medicine are in short supply and a whopping three million people have fled the country, either as political refugees or simply because they couldn’t feed and support their own families, destabilizing the region. Military officials hold key civilian positions in the country’s government, especially in the country’s oil sector.

Back in 2015 when the socialist country’s economy was crumbling and local polling agencies showed Maduro’s popularity at only 24 percent, Venezuela held legislative elections. Various opposition parties obtained two-thirds of the seats and formed a majority coalition that attempted to constitutionally vote Maduro out due to his policies.

But this process was never completed since Maduro had already filled the Venezuelan supreme court with regime loyalists, and they were able to halt this process. Maduro must have felt emboldened by this show of his influence, as he eventually used the supreme court to dissolve the National Assembly.

Despite this, politicians in this congress decided to stick together and boycott the rushed special election for the new legislature. Meanwhile, Maduro’s government threw journalists in jail and ordered pro-government militias to shoot protestors. Maduro’s legislative allies ended up winning all the seats in the 545-seat congress, despite all the pushback Maduro received from his opponents.

The National Assembly nominated new members to a separate supreme court, meaning now Venezuela has two legislatures and two supreme courts. The non-Maduro supreme court is in exile, but has ruled Maduro to be a convicted criminal and backs Guaido.

There was also a presidential election in Venezuela in 2018. Maduro arrested and prevented the two most popular opposition candidates from running, as well as held elections earlier than the Venezuelan Constitution allowed.

International observers declared the elections to be an obvious sham, and the Organization of American States eventually affirmed this belief on Jan. 10 when it decided to not recognize the election results.

Guaido is clearly the legitimate leader of Venezuela. Articles 233 and 350 of the Venezuelan Constitution clearly indicate that when the presidency is vacant — in this case as a result of a sham election — the leader of the National Assembly fills the position. Guaido has stated he has no intentions to rule and what he really wants is for legitimate elections to occur, as prescribed in their constitution.

Guaido is clearly the rightful interim leader of Venezuela, but it isn’t the constitution that will replace Maduro, but the will of the people. Guaido himself put it best.

“Is it enough to lean on the constitution in a dictatorship?” he asked. “No. It needs to be the people, the military and the international community that lead us to take over.”