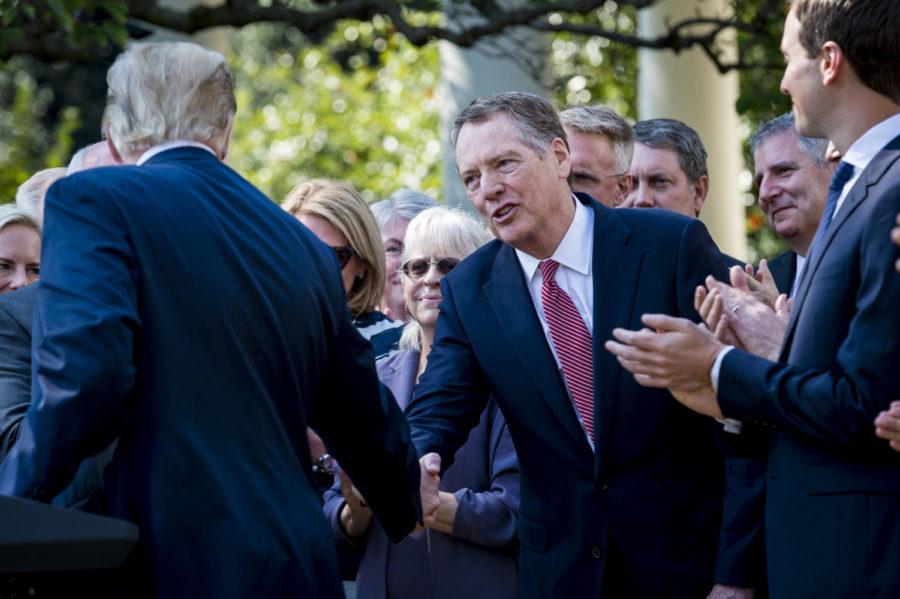 WASHINGTON — President Donald Trump said he may soon meet with China’s Xi Jinping to finalize details of a possible trade deal as he declared negotiations in Washington were making progress.

“Meetings are going well with good intent and spirit on both sides,” Trump said in a tweet Thursday. “No final deal will be made until my friend President Xi, and I, meet in the near future to discuss and agree on some of the long standing and more difficult points,” Trump said in another posting.

U.S. Trade Representative Robert Lighthizer was leading a second day of negotiations Thursday with Chinese Vice Premier Liu He, the highest-level talks since Trump met Xi on Dec. 1 and declared a 90-day truce aimed at reaching a lasting deal to end the trade war. Trump is scheduled to meet with Liu later in the day.

Trump added that he and China’s trade representatives are trying to “do a complete deal, leaving NOTHING unresolved on the table.” He then added: “Tariffs on China increase to 25 percent on March 1st, so all working hard to complete by that date!”

Chinese officials did not bring any major new proposals to the table for this week’s talks other than an invitation for Trump to meet with Xi in February after the U.S. president meeting with North Korean leader Kim Jong Un, according to one person familiar with the state of negotiations

A breakthrough deal is seen as unlikely from this round of negotiations, and the White House has said a concluding statement will be released outlining progress made on core issues such as Chinese technology transfers and intellectual property practices, market access, and Beijing’s pledge to buy more American goods.

China’s opening of its economy, including the financial-services industry, manufacturing, farming and investment, will be key to reaching a deal that the U.S. can accept, Trump said.

But Trump’s tweets Thursday were also the clearest articulation he has given so far of his desire for a deal to resolve his trade war with China.

By declaring that “NOTHING” would be left unresolved he also set a high bar for what could be accomplished in the next month before a March 1 deadline when tariffs on $200 billion in Chinese imports are set to more than double.

That bold declaration is at odds with the consensus view of analysts and many in the business community who argue that extracting meaningful concessions from China will take time and could potentially require years to verify.

It also conflicts with what China hawks in Trump’s own administration have been saying all along. Their view has been that extracting real reforms from China that fundamentally alter its economic model — and making sure they stick — would entail a long grind. They also have mocked previous administrations for claiming victory in discussions with China only to see Beijing later flout agreements.