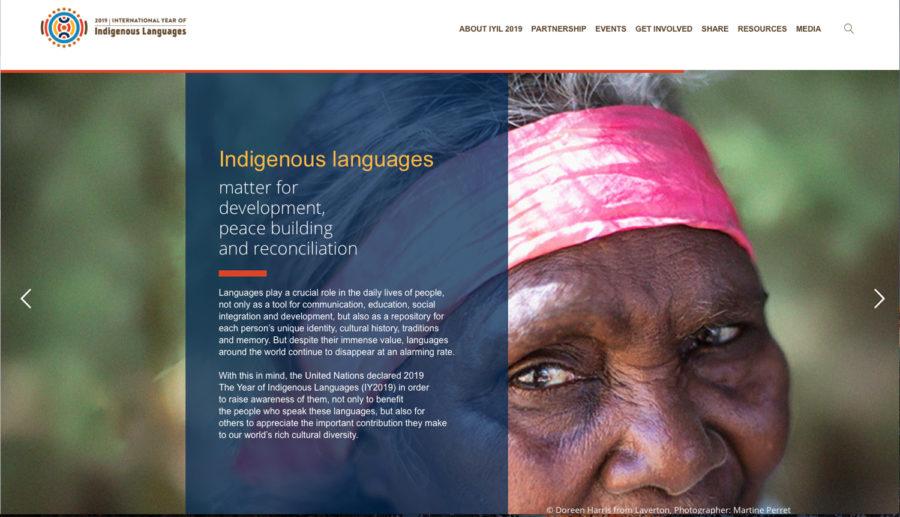 2019 has been declared the Year of Indigenous Languages by the United Nations.

Indigenous languages rank among the world’s most culturally intimate forms of communication, with about 90 percent spoken by less than 100,000 people. A few dozen people gathered on Pitt’s campus Friday afternoon hoping to preserve them through one of the world’s most widely accessible sources of information: Wikipedia.

Dozens of amateur and professional linguists filled the Robert Henderson Language Media Center in the Cathedral of Learning Wednesday afternoon to participate in an “Indigenous Languages Wikipedia Edit-a-thon.” At the edit-a-thon, which was sponsored by the Humanities Department and the Honors College, participants learned how to edit articles on the online encyclopedia to help fill the online information gap in respect to indigenous languages.

The event was co-coordinated by Lauren Collister, the director of the Office of Scholarly Communication and Publishing, and Na-Rae Han, a lecturer in the department of linguistics and the director of the Robert Henderson Language Media Center. About 40 people attended the event, Han said, including students, staff and employees of the Pittsburgh-based language learning app Duolingo.

Collister said the event was designed to teach editing skills to brand-new, linguistically knowledgeable Wikipedia editors and let them utilize what they learned on real articles.

Half of the earth’s 6,700 languages will be extinct by the end of the 21st century, new research suggests, most of them indigenous. These findings drove the United Nations to declare 2019 as the Year of Indigenous Languages. Since the commencement on Jan. 28, multiple events have been coordinated in efforts to preserve information on these at-risk languages.

Collister, an experienced Wikipedia editor, started the event with a presentation on basic Wikipedia editing skills, such as how to create references. After the introduction to editing, participants began to edit real Wikipedia pages regarding indigenous languages.

After Collister hosted a similar event in January with the Linguistic Society of America,  inspiration struck her to bring the edit-a-thon to Pittsburgh. She said the edit-a-thon would allow student linguists to use their knowledge to give others better access to accurate information.

“We decided at that event to do some local ones in various places around the country and North America,” Collister said. “Since I was one of the co-hosts of that event, it was logical to do one in Pittsburgh, where I am. Na-Rae Han, who’s the director of the language media center, offered to do it here since we’ve got all of the computers and we have a lot of linguists and interested populations here.”

Some students, like Anastasia Wass, came to the edit-a-thon from Carnegie Mellon University. Wass, a sophomore studying German language and psychology, comes from a household that speaks four languages — English, Spanish, Quechuan and Hungarian. She edited pages about the Quechuan languages, a group of languages native to the Andes region in South America.

“I’m interested in indigenous languages and I saw this on my friend’s Facebook page and I thought this was something cool to go to, and maybe something I could contribute to,” Wass said.

Laura Fink, a senior majoring in religious studies and minoring in Irish, decided to participate because she wanted to help clarify misconceptions about the status of the Irish language.

“For decades now at least, there’s been this idea that Irish language is dying, it’s one or two generations away from being completely gone,” Fink said. “But there’s been a response by urban Irish speakers, young Irish speakers, that know it’s not really the case. The popularity of Irish is growing, so I really liked the idea of coming in and changing that dialogue.”

Now that she knows how to edit Wikipedia articles, Fink said she will probably continue to do so in order to help revitalize the image of the Irish language.

“I would like to keep editing,” Fink said. “I think the information that’s out there makes a difference in the way that a language is preserved and in my studies I’ve become really passionate about the Irish language.”

After hearing about work Duolingo did with indigenous languages — the app has launched courses that teach users Hawaiian and Navajo — the event coordinators reached out and invited Duolingo employees to the edit-a-thon. Research scientist Will Monroe was one such employee who came to edit language articles.

“I’ve worked with a few endangered language communities in the past, before and after grad school,” Monroe said. “Wikipedia is definitely one of the easiest ways for somebody to find out about a language. One pretty clear benefit would just be that people who are interested, but might not have access to a library or might not be taking a class in the language can find out about it just by searching for it on Wikipedia.”

Anthony Verardi, a first-year grad student studying applied linguistics, works in the Less-Commonly-Taught Languages Center as a teaching assistant for a course on Quechuan language. At the event, he edited the Wikipedia page on indigenous languages because he noticed some biased wording.

“It feels like a good use of my time as a linguist,” he said. “I don’t like this assumption that indigenous languages are these ancient, leviathan things that are somehow extreme. Sometimes they’re something that’s actually relatively new, or just as old as anything else.”