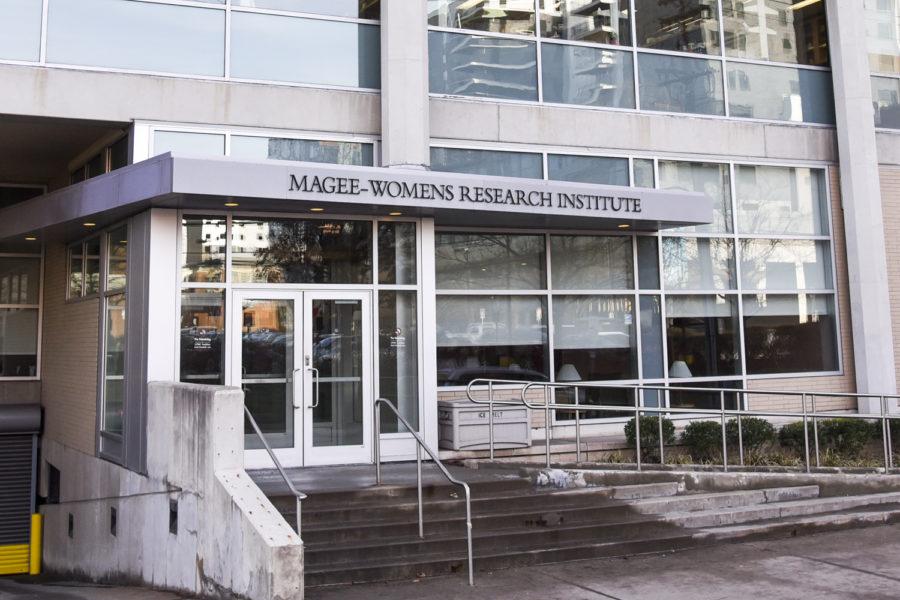 Magee-Womens Research Institute is the largest independent women’s research institute in the country with a focus on women’s health.

For Dr. Steffi Oesterreich and her husband, Dr. Adrian Lee, patients’ supportive reactions to new technologies in breast cancer research make the hard work worth it.

“I think people are super excited. Advocates love research because they realize you only make progress through research. I mean, that’s where saving lives comes from,” Oesterreich said.

About $600 million a year is donated to breast cancer research in the United States from sources such as the National Institute of Health and $50 million a year from charitable foundations like the Susan G. Komen for the Cure Foundation, according to Lee. A large portion of this money goes toward advancements in breast cancer technology, something that Pitt researchers, including Oesterreich and Lee, focus on.

Oesterreich, the co-director of UPMC’s Women’s Cancer Research Center and vice chair of the Integrated Systems Biology Program, and Lee, the director of the Institute of Precision Medicine and a professor of pharmacology and chemical biology, have a combined lab that focuses on aspects of breast cancer such as metastasis, the spread of tumors to other parts of the body. Their lab also focuses on resistance to hormonal therapies and tumor evolution.

Lee said breast cancer research is a field that welcomes the use of cutting-edge technology since previous developments in targeted therapies have been beneficial.

“[Breast cancer has] led the charge in targeted therapies,” Lee said. “So it’s a very rich area for innovative science.”

Dr. Rohit Bhargava, a pathologist at UPMC who specializes in breast surgical pathology, said the need for advanced technology in this field is exhibited by the prevalence of breast cancer. He also said therapeutic advances in the field would follow advances in diagnostics of breast cancer.

“Breast cancer is very common. It’s one of the most common cancers identified in females,” Bhargava said. “For every single breast cancer that we diagnose, we identify the receptor expression on each breast cancer and the therapy is directed based on the results of those receptors.”

Dr. Adam Brufsky agrees that the diagnostic aspect of breast cancer is one that has faced a lot of obstacles because of the need for methods to detect breast cancer in its earlier stages. Brufsky, a professor of medicine at Pitt and the medical director of the Magee Women’s Cancer Program, said recent advancements in imaging allow for breast cancer to be diagnosed as accurately as possible so that treatment can be the most effective.

“We have computer-aided technology to help figure out if lesions are there. There is something called tomosynthesis, which is a 3D mammogram. We have breast MRI. And we have a lot of other stuff coming down the pike,” Brufsky said.

According to Brufsky, another obstacle that clinicians and researchers face is determining whether a breast cancer patient needs chemotherapy. Given that chemotherapy has many harmful side effects and is expensive, Brufsky said new tests analyze genetic expression to determine which patients should get treatment.

Lee said the study of the mechanism of action and pathology of the cancer is equally as important as studies of diagnoses. Before more advanced cell culturing techniques were developed, cancer cells intended for research would come from frozen tissue isolated from patients many years ago. Lee said this past approach wasn’t effective for certain tests.

“You can’t do [single-cell sequencing] on frozen tissue once it’s frozen,” Lee said, referring to a technique that allows for more detail when analyzing gene expression. “Frozen tissue is a snapshot in time. You can’t treat it with drugs. You can’t really do much with it.”

In order to better simulate freshly obtained cancer cells, Oesterreich said she and Lee are using two new methods of tissue culturing to study cancer in their lab: explants and organoid culturing.

According to Lee, these techniques sustain newly harvested cancer cells longer for researchers to analyze. These new methods of culturing cancer cells create a realistic model of tumors in their native environments, allowing breast cancer researchers to more accurately sequence the types of cells in a tumor or test the effects of a drug on cancer cells.

“If we can grow the tissues, we can study how it evolves over time,” Lee said. “If you want to give the cells a drug, you can see what happens a day or three days later. Once it’s frozen, you can’t.”

Oesterreich said another technique, liquid biopsies, can minimize the need to obtain cancerous cells through surgically invasive procedures. Liquid biopsies use fresh blood samples to test for cancer cells. According to Lee, this approach is becoming more popular because biological supercomputing is able to detect even the smallest traces of DNA or other biomolecules of interest in a small sample of blood obtained from the prick of a finger.

“It’s great that you can look at how the tumor reacts to the cancer therapy and that you don’t need to do biopsy of the bone or the liver or the lung. You can just take a few drops of blood cells,” Oesterreich said.

While medical innovations have transformed the way researchers analyze cancer cells, growth in social media has accelerated the communication of new information between scientists. Lee said Facebook and Twitter, in addition to search engines such as PubMed that scour databases of scientific journals, allow him and other researchers to get notifications and quickly access new and critical research publications.

“When I started, there was no PubMed. There was no easy way to get information. We’d have to walk to the library,” Lee said. “Now most of the people in the lab get their information from Twitter. All of the journals have great Twitter feeds and they tweet out good papers.”

Despite the rapid rate of information transfer and technological developments in research, Bhargava said it’s important to sort through the exciting technologies and determine what is most beneficial to patients.

“We are at a position where we have to judge each test and each new technology because not all advances will be beneficial,” Bhargava said. “We … have to decide what kind of tests have the best clinical evidence, which should be used versus others, which should be further improved before they can be incorporated into clinical testing.”