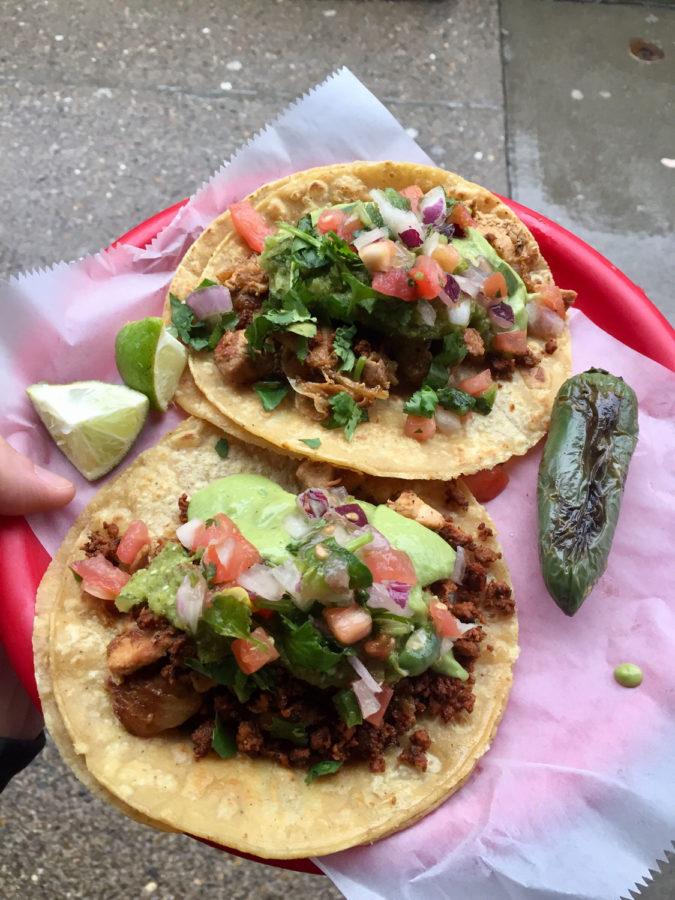 There is a cult on this campus. Its belief system and practices aren’t particularly complex, but its numbers are many. It is the die-hard supporters of Las Palmas #2 on Atwood Street and will go to no end to keep eating Las Palmas tacos, health violations be damned. Here are five things Las Palmas could do without ever losing its followers.

Only be open 1 day a week

While many students value Las Palmas for how convenient it is to stop by on their way home from campus, Las Palmas’ diehard fans would make whatever day the restaurant was open their designated taco day. Even if the restaurant was only open for an hour once a week, expect to see lines stretching to the other, definitely inferior, Mexican-inspired restaurant down the street.

Squirrel tacos on the menu

Oakland is home to a healthy population of squirrels raised on generous portions of McDonald’s and Chinese takeout. If Las Palmas can knock beef tongue tacos out of the park, there is no reason to expect poor results with locally sourced, free-range squirrel meat.

Las Palmas has averaged 6.7 violations per inspection for the last two years. What’s another violation?

With tacos selling for just $2.50 each, it’s hard to imagine how a business sustains itself without extralegal means.

Roaches take over the restaurant

It can be difficult to run a busy taco stand with a small staff but with an abundance of multiple live and dead roaches of all stages, there’s a ready source of helpers familiar with the store layout.

But not all sins are forgivable. Even the delectable cactus tacos wouldn’t be able to convince the most committed fans — The Pitt News’ assistant opinions editor Jeremy Wang included —  to return. These would be some of Las Palmas’ mortal sins.

When Pittsburgh Police officers discard old and beat up pepper spray canisters, most are actually handed over to Las Palmas where they are emptied into a bin of their famous weapons-grade red sauce. If they are ever pulled from the salsa bar, it’s a sure sign that Las Palmas has strayed too far from the light.

If Las Palmas replaces the man regularly operating the grill

The Las Palmas grill has been operated by the same man every day for years. The tortillas are consistently crispy, the servings strike the perfect balance for a filling taco and the man knows every regular’s usual order. His role in cooking the tacos is just as vital to the cult as the tacos themselves.

Start serving sandwiches instead of tacos

When the Steelers won the 2009 Super Bowl, 10,000 people streamed into the streets to riot, setting off 40 fire alarms and resulting in four student suspensions. But if Las Palmas turned to sandwiches instead of tacos, there would be nothing the Pittsburgh Bureau of Police could do to contain the ensuing chaos.

A core tenet of the cult is to resist falling into the pockets of Big Taco. Las Palmas is already in a precarious position with the Taco Bell in the William Pitt Union fighting for the business of cult members and Mad Mex staring Las Palmas down on Atwood Street.

If Las Palmas is permanently shut down

Las Palmas has consistently reopened over the years despite regularly forced closures, like a phoenix from the ashes. But a permanent closure would signal the death of a cult — and the end of an era.