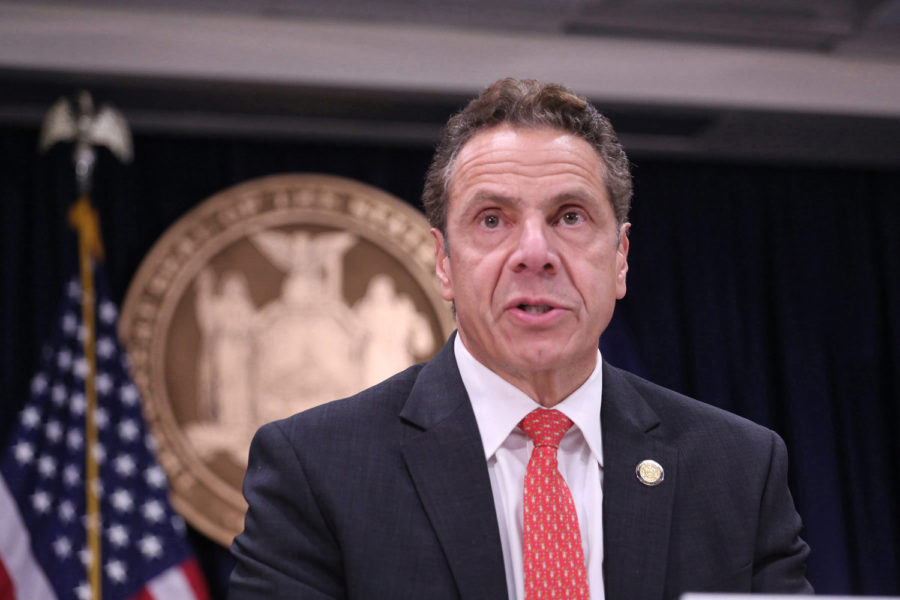 The fight for reproductive health for women in the United States has been an uphill battle since 1973, when the Supreme Court ruled women had the right to an abortion. Gov. Andrew Cuomo, D-N.Y., recently joined that ongoing fight when he signed legislation on Jan. 22 that stirred major controversy.

New laws in New York now allow for abortions after the 24th week of pregnancy in cases where a medical professional determines that a woman’s life is critically endangered by continuing her pregnancy, or there is significant evidence that the fetus would not be able to survive after birth.

The legislation is a landmark victory in the fight for women’s reproductive health-care rights. More states should pass laws like those in Colorado, Nevada and now New York that protect women’s health and allow women to have agency over their own bodies late in their pregnancies.

The New York law changes who can perform abortions, decriminalizes abortion and offers protections for New York women should Roe v. Wade be overturned, as well as allowing third-trimester abortions in certain cases. The law is fundamentally about protecting women’s rights to health care equality.

“The legislature finds that comprehensive reproductive health care, including contraception and abortion, is a fundamental component of a woman’s health, privacy and equality,” the law reads.

Before Cuomo signed the Reproductive Health Act, only physicians were permitted to perform abortions. Now, nurse practitioners and physicians assistants can become licensed and certified by the state to perform abortions. This allows women to have expanded access to safe, legal abortions even if they live in areas with a low population, where it may be more difficult to find a physician.

The language of the new law also attempts to protect women who receive third-trimester  abortions from prosecution. New York’s old law criminalized abortions after 24 weeks by having ambiguous language as to what defined a “person,” whereas the new law defines a person as having been born and is alive. This language protects women who need late-term abortions in order to protect their health from being tried for murder.

The Reproductive Health Act goes a step further than providing more safe, legal abortions for women who need them — it also codifies Roe v. Wade by making state law less ambiguous. Roe v. Wade, the landmark 1973 Supreme Court decision that rules women have a right to an abortion under the 14th Amendment, allows states to put their own stipulations on what circumstances abortions can be performed under after the first trimester. If this ruling were to be overturned, the new New York legislation very clearly still allows for abortions after 24 weeks in the absence of fetal vitality.

Pro-life groups and advocates expressed outrage at the bill’s passing, including President Donald Trump in his State of the Union Address on Feb. 5.

“Lawmakers in New York cheered with delight upon the passage of legislation that would allow a baby to be ripped from the mother’s womb moments before birth,” Trump said. “These are living, feeling, beautiful babies who will never get the chance to share their love and dreams with the world.”

But the New York law is not about “ripping” completely healthy babies from their mothers. It’s about protecting the health of women when their lives are at risk, or their babies who would not survive long in the world.

Without laws like these, women’s health can be put in critical danger. In Ireland, a reinvigorated abortion rights movement began when a 31-year-old dentist, Savita Halappanavar, died after doctors denied her an abortion at the 17th week of pregnancy in 2012. Halappanavar, who was beginning to miscarry, suffered organ failure after contracting sepsis due to complications with her pregnancy.

The eighth amendment to the Irish constitution that effectively banned abortion in the country — originally passed in 1983 — was overturned by majority vote on May 25 of last year. Prior to the referendum, thousands of Irish women illegally sought abortions either by traveling or buying pills online and risked jail sentences of up to 14 years if caught.

Many pro-life opponents of the bill believe the new laws will allow women to obtain abortions on demand, at any state of pregnancy. This is simply not true. According to the Center for Disease Control, 98.7 percent of abortions occur before the 20th week of pregnancy. This number is not likely to increase, as the new New York law mandates these third-trimester abortions should only occur when the fetus or mother is in danger of death, such as in the case of Savita Halappanavar. Allowing more women to receive third-trimester abortions when they need them serves to protect women’s health in a small subset of cases.

The lack of laws across the country allowing women the right to make this decision means obtaining third-trimester treatment is nearly impossible and extremely cost-prohibitive. One Massachusetts woman, Kate Carson, was forced to spend $20,000 from her parents’ retirement fund to fly to Colorado and get induced and give birth to her baby, who at 35 weeks. The baby was unlikely to survive full-term birth, and if she did, would live an existence too painful to even sleep. Had Carson not had access to money from her parents, it is likely she would have had to give birth and deprive a child of peace.

New York’s new abortion laws allow women to take control of their own health. Late-term abortions are only used in the cases of women whose lives are in mortal danger, or to spare the pain of a baby who would not survive after birth. These laws are going to save lives, and other states should pass similar legislation to protect the lives of more women.