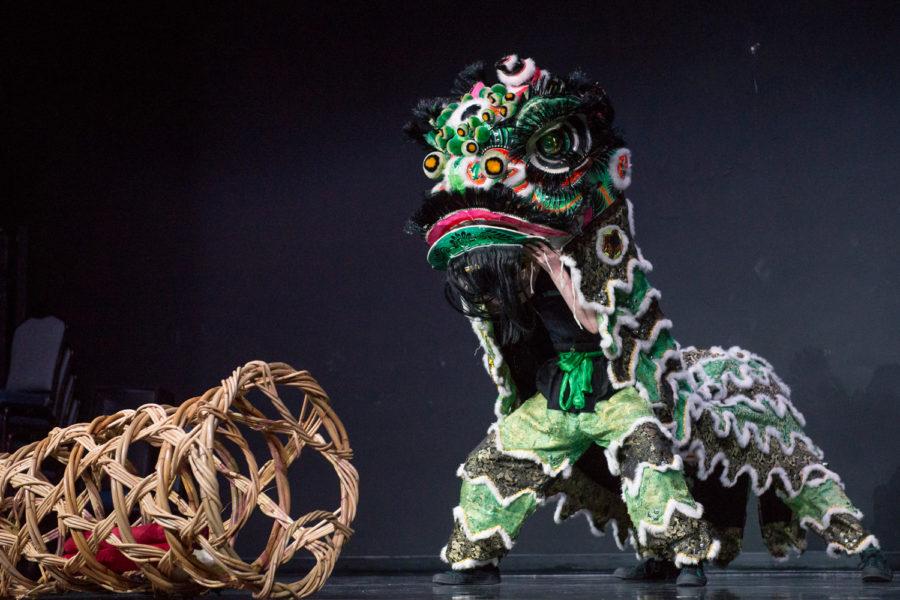 Upon entry into the William Pitt Union Assembly Room on Saturday night, more than 200 guests were greeted by a mix of traditional and modern performances in honor of the Lunar New Year. Pitt student Rosa Zhang sang her own rendition of “Can’t Take My Eyes Off of You” while members of the Organization of Chinese Americans and Pitt’s Vietnamese Student Association performed ribbon and fan dances while wearing classical Chinese gowns.

“At Pitt, it’s nice because for the people who are actually from China or international countries and they can’t visit home, we provide this space for celebration,” she said. “The real big idea of New Year is that we spend it with family, so hopefully this gives them a sense of home.”

Chinese New Year, also known as Lunar New Year or Spring Festival, is one of the most well-known Chinese holidays, celebrated by more than a billion people each year. Lunar New Year is defined as the first day of the first month in the traditional Chinese calendar, known as the lunisolar calendar, the dates of which indicate both the phase of the moon as well as the time of the solar year.

A lunar month is about two days shorter than a solar month, so in order to “catch up” with the solar calendar, an extra month is inserted every few years. Because of this, the first day of the  Lunar New Year falls on a different day of the solar calendar each year. This year, the celebrations began on Feb. 5 and will continue until Feb. 19.

Before the celebration, it is traditional for people to clean their houses thoroughly and display their New Year’s decorations, such as lanterns and vertical banners with poetic sayings. During the holiday, they often visit relatives and friends, watch traditional performances and launch fireworks. Sometimes people participate in a religious ceremony in honor of heaven, earth, the family’s ancestors and other gods.

Pitt graduate student Yixiao Gao, who is pursuing a master’s degree in information science, agrees that Pitt’s celebrations mean a lot to homesick international students. Gao is from China and is in the United States for school.

“A lot of what we do is similar to what [we] saw [at the event]. Family members usually give performances like sing songs or recite poems,” she said. “The most important part, however, is that all the family members sit together to eat.”

One of the many highlights of the evening was the final performance of the night, by Pittsburgh’s own Steel Dragon and Lion Dance Team. The performance included a lion dance, a traditional dance that has been a part of Chinese culture for more than 1,000 years. Performers mimic a lion’s movements while wearing a large lion costume, often fit for multiple people. The dance is intended to bring good fortune and prosperity to guests in the coming year.

One of the biggest aspects of Lunar New Year celebrations is the food. For this event, Golden Palace Buffet catered, featuring dishes such as lo mein, orange chicken and various vegetables.

However, these foods wouldn’t be considered the more authentic or traditional foods usually eaten. CASA President Anna-Li Kaing, a senior biology and psychology major, prefers the traditional foods associated with the holiday.

Foods also vary depending on the region of China one is in during the celebration, which Gao touched on.

Another tradition during the celebration of the Lunar New Year is the red envelope, usually given by the parent to the child as a symbolic gift of future prosperity and fortune for the year. The red of the envelope is significant as the color represents good luck. CASA and VSA paid homage to this by giving everyone a small red envelope to serve as their meal ticket for the evening.

According to Gao, the spectacle of this Lunar New Year celebration can veil the real meaning of the holiday, which symbolizes a new beginning.

“Our hope is that everyone can be happy and lucky throughout the whole year,” Gao said.