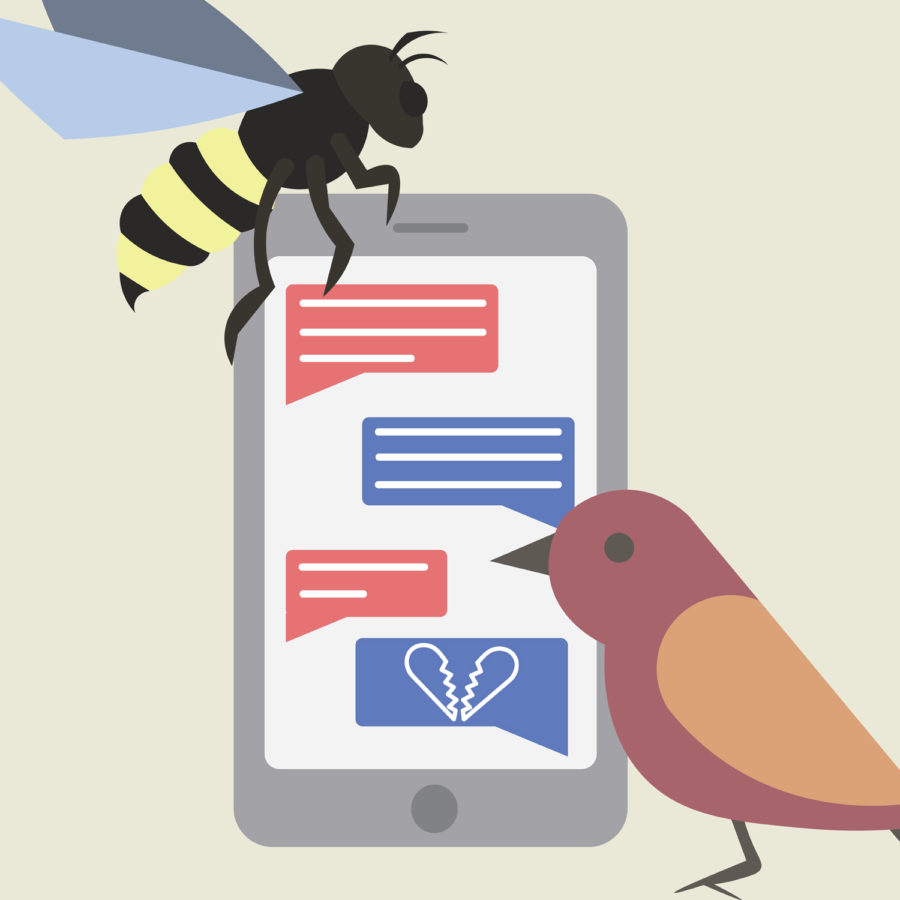 Despite dating and hookup apps giving college students quick, easy exposure to possible romantic and sexual partners, research shows that young adults are choosing to swipe left on physical intimacy more than ever before.

Nearly three-quarters of college students have used dating and hookup apps like Tinder, Bumble and OkCupid, according to a LendEDU survey. But today’s adolescents and young adults are becoming sexually active later in life and having sex less frequently than prior generations. Researchers believe there are many causes for this, including the emphasis on social media and dating apps.

Sophia Choukas-Bradley, an associate professor in the department of psychology, is also the director of Pitt’s Teen and Young Adult Lab. Lab members in the TAYA Lab are conducting several research projects examining people aged 11 to 22, including projects about romantic and sexual development and the influence of social media.

“There are three different ways to think about whether people are having sex. One is, have they ever had sex? Two is, how many partners have they had sex with? And three is, how frequently?” Choukas-Bradley said.

The evidence for declines in all three of these categories overwhelmingly points to more connections being made behind screens than in-person. Choukas-Bradley said she believes it may be harder for young adults to make interpersonal connections face-to-face that require vulnerability when they also have the option of communicating from behind a screen.

“I do believe that the extremely frequent use of social media by adolescents and young adults may be creating a climate in which online connections are really easy, and it’s easy to be at home or with friends and to think of using dating apps as a game, a source of fun, a way to feel more of a sense of status,” Choukas-Bradley said. “But all of this focus on social media interpersonal connections may not actually breed interpersonal intimacy.”

Sherry Turkle, an MIT sociologist who studies the impact of technology on behavior, said the increased usage of cell phones has hurt the connections we make during conversation.

“If you put a cell phone into a social interaction, it does two things,” Turkle said in an interview with UC Berkeley-based Greater Good Magazine. “First, it decreases the quality of what you talk about, because you talk about things where you wouldn’t mind being interrupted, which makes sense, and, secondly, it decreases the empathic connection that people feel toward each other.”

Fear plays a big role in the dropping numbers of sexual activities, according to American psychologist Jean Twenge. Twenge’s research examines generational differences in several categories, including sexual behavior, development speed and work attitudes. Today’s young adults are more cautious than their parents’ generation, Twenge found, worrying more about the risks behind sex, like unplanned pregnancies and sexually transmitted diseases, than the pleasures.

Melissa Norton, a junior studying psychology, said the fears around sex can be a big deterrent from intimacy in a university environment.

“I think some people in college don’t have sex due to fears, either because of how common STDs are and the severe consequences of some, like getting cervical cancer from HPV, or because there can be a lot of pressure around sex,” Norton said.

Of the 72 percent of college students who use dating apps, LendEDU found that less than 30 percent have ever actually met up with someone they met on the app. The reasoning may be found in the motivation of why some students use apps like Tinder.

“Sometimes I just use the swiping to keep my thumb occupied. I rarely actually meet people on it,” Norton said. “It’s kind of like a game.”

Another study by Twenge also shows a decline in the number of sexual partners people have over their lifetimes. Baby boomers have the most, with an average of 11, whereas millennials are projected to have eight. Twenge attributes these falling numbers to phone usage as well.

“Online dating apps should, in theory, help millennials find sexual partners more easily,” Twenge said in an interview with the Independent. “However, technology may have the opposite effect if young people are spending so much time online that they interact less in person, and thus don’t have sex.”

The impact of smartphones doesn’t stop at meeting people. It also impacts sexual behavior in existing relationships. When looking for pleasure, individuals now have an array of options at their fingertips, including streaming sites like Netflix, social media and pornography.

Younger generations are also abstaining from romantic relationships longer than previous generations. As a repercussion of the 2008 stock market crash, younger generations work longer hours, are more likely to live with their parents or have roommates and feel as if they are under more stress in comparison to older generations. Norton said people on the college campus are generally pro-relationship, but struggle to fit a significant other into their busy schedules.

“I get the vibe that people are into relationships, but I also know a lot of people that are just so busy doing their own thing that it’s not really a thought, like ‘I want a boyfriend’ or ‘I need a girlfriend,’” Norton said.

While dating apps may be decreasing the rates of sex, they’re simultaneously having an impact on community development among LGBTQ+ college students, according to Larisa Mednis, a senior studying gender, sexuality and women’s studies and researching LGBTQ+ college hookup culture.

“They’re using these apps to find other queer people in the first place and figure it out from there,” Mednis said, “especially those who don’t have as many queer or gay friends that they spend a lot of time around.”

Additionally, Choukas-Bradley said dating apps may help LGBTQ+ people looking for romantic relationships find potential partners without the stress of having to guess how others identify.

“One positive aspect of hookup apps is for LGBT folks, where people may be searching for partners and not knowing whether people they meet in the real world identify as queer or not. Hookup apps can allow a direct connection with other members of the LGBT community,” Choukas-Bradley said.

Changes in sexual behavior relating to technology usage also impacts those in relationships. Research published by The Atlantic suggests the pleasure we get from spending time on social media could be providing enough satisfaction that we don’t feel as much of a drive to seek out sexual opportunities.

“I do think in the age of social media, the overall frequency of having sex could change as a function of people getting out and meeting other people less frequently,” Choukas-Bradley said. “So even if people are engaged in some ongoing romantic relationship or hookup relationship, it’s still possible that these technological changes are affecting those relationships.”