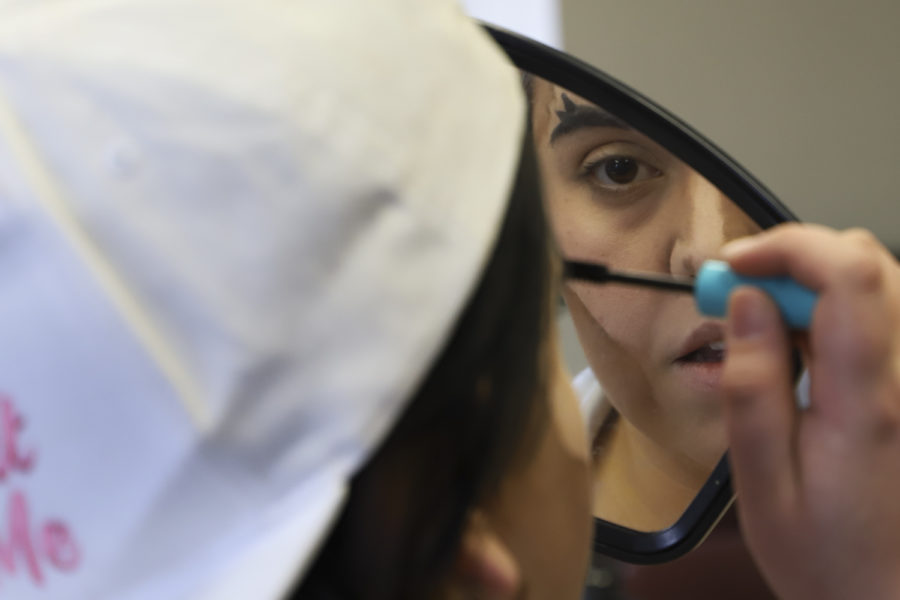 Nick Daniels doesn’t allow gender and sexuality labels created by “overthinking millennials” to define him whether he’s in or out of drag.

“I am considered to be transgender, but that is a very millennial thing,” Daniels said. “I identify as me.”

While 50-year-old Daniels, who performs in drag as Nikki Danielle, comes from an era of drag and cross-dressing full of taboos and risks that have lessened in today’s culture, he admits he still wouldn’t feel safe walking around outside wearing a skirt.

“There’s some fool who will always say, ‘You’re a fag, I’ll beat the piss out of you,’” Daniels said. “[But] I command respect. If you wanna play, we can play.”

While drag seems to have a very sexualized culture in mainstream media, normally based on transphobic beliefs that drag is only performed by “confused men” dressed as women, it is just another form of performing arts.

Nora*, a junior molecular biology major who requested to use a pseudonym for safety reasons, describes drag as a form of “radical self-expression.” They had pondered the concept of gender for a large part of their life and only fell into the drag world when they came to college.

“I’ve always really enjoyed the male aesthetic,” they said, “although it wasn’t really something I was allowed to convey in my house.”

For a lot of drag performers, their on-stage persona is a character, or at least an exaggeration of their typical demeanor. Performing as drag king Eddie Alabaster, Nora is able to be more “loud” and “crazy” than they are in day-to-day life.

Other times, what a drag queen or king presents on stage can represent the denial of an LGBTQ+ identity earlier in life. Erin Reis, a 2017 Pitt graduate, grew up having to keep her sexuality “behind closed doors.”

“I never got to be gay growing up. I had to fit inside these straight lines and that was just not good for me,” Reis said. “So all my gayness is coming out now.”

Performing as drag king Noah Little lets Reis display confidence through a part of her identity that had been hidden for so long.

Like Nora, Michael Reed — otherwise known as Tootsie Snyder — loves the entertainment value of performing in drag, as well as feeling connected to an audience or fans.

“I’ve always wanted to entertain since I was a little kid,” Reed said in an email. “Drag has given me that opportunity to live that dream.”

On the other hand, Daniels likes to make his audience think while he performs, based out of the old-school drag goal of creating the male-to-female person illusion.

“[Nikki Danielle] wants straight men to question themselves. It has nothing to do with sexuality, it’s the mental, ‘Woah, that’s a man,’” he said. “It’s just another state of me. When I’m in drag, it’s just me with makeup on.”

Drag’s presence in the media mainly consists of “RuPaul’s Drag Race,” which displays a type of drag that differs greatly from local drag — though the cattiness can be real, according to Nora. The show also only shows drag queens mostly portrayed by cisgender gay men.

Nora and Reis both agree that while “Drag Race” is entertaining, it doesn’t accurately display the quality of drag or its community. Daniels refers to this as “watered-down” drag.

“I think ‘Drag Race’ represents a fraction of the overall drag community,” Reed said. “Drag is open to many different interpretations.”

The show’s host, RuPaul Charles, has faced notorious claims of being transphobic based on policing the gender identities of potential contestants. Charles is widely considered the most successful drag queen of all time for bringing drag into its current limelight, but Daniels said “Drag Race” has a long way to go to be able to fully express drag or LGBTQ+ culture.

“I think it’s kind of audastic for [Charles] to intercede upon people’s art like that. I feel like he’s kind of force-feeding things down people’s throats,” Daniels said. “I don’t think that drag really needed to be mainstream.”

Gone are the days — hopefully — that people think drag performances are for attaining sexual pleasure. Drag kings and queens are artists, performers and storytellers. They want to entertain an audience.

“Half the time, I feel terrible when I’m doing drag,” Nora said, referring to the nerves and anxiety that come with performing in front of a crowd. “You have to think outside of yourself.”

Being in front of a critical audience is no different than Reis’ day job. She is a computer science teacher for students grades nine through 12 at a local school, where she said up to a quarter of the students are LGBTQ+.

“For a lot of the straight kids, I am the only gay person they know, which is kind of scary,” she said. “So I can’t be a ‘bad’ gay person. I can’t give the gay community a bad name.”

Despite the confidence drag queens and kings are supposed to exemplify on stage, the performer doesn’t always have that same demeanor. Reed’s very first drag performance only happened thanks to pressure from Pitt grad and winner of the second season of “RuPaul’s Drag Race All Stars,” Alaska Thunderf — 5000.

“The song was ‘Born To Die’ by Lana Del Rey, I thought I was hot shit. I grabbed a beer out of someone’s hand mid-song and downed that sucker like my life depended on it,” Reed said in an email. “Was it a great performance? Not at all, but it was ripping off the Band-Aid.”

LGBTQ+ and drag cultures are blossoming in Pittsburgh, with numerous gay bars and clubs hosting drag or other queer-affiliated shows — Element, 5801 Video Lounge and Blue Moon Bar, to name a few — in its multiple neighborhoods. Nora notes that there isn’t a day of the week that doesn’t have a drag show in Pittsburgh, and Reis said the camaraderie and bonds in the Pittsburgh drag community are very strong.

“I saw a completely different side of Pittsburgh [at drag shows],” Nora said.

As drag and LGBTQ+ culture become even more mainstream — whether or not it’s good for them, really — it’s important to remember the strenuous battle queer people have faced to have a community all their own.