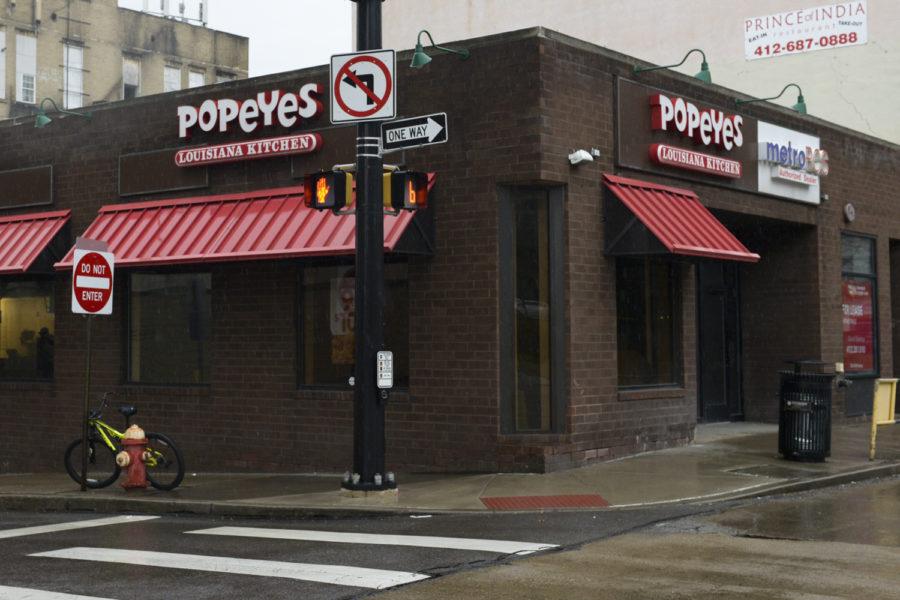 The Popeyes on Pitt’s campus closed permanently on Monday, Feb. 11.

The restaurant, located at the corner of Fifth and Atwood, replaced a Wendy’s that closed in February 2010.

A sign posted on the door announcing the closure did not list a reason for it, but noted that another Popeyes location in South Side remains open.

The Popeyes on Fifth was temporarily closed following health inspection violations in May last year due to mouse droppings found throughout the restaurant. Pest control eventually removed the mice and the restaurant reopened after passing a reinspection.

Former patrons of the Popeyes were torn about its closure and took to social media to commemorate the restaurant. Reddit user crazygoattoe had primarily good experiences there.

“The service may have been inconsistent as hell but getting rid of a Popeyes is a travesty,” crazygoattoe wrote. “I loved that place.”

Others had more negative perceptions of the Popeyes.

“In April 2016, an error with the app OrderUp allowed anybody to get unlimited free Popeyes,” NordyNed wrote. “My entire floor and I went there, asked for 100 biscuits and a fuckton of chicken, and they just handed it over no questions asked.”