No, really: Crosswalk coming to Forbes 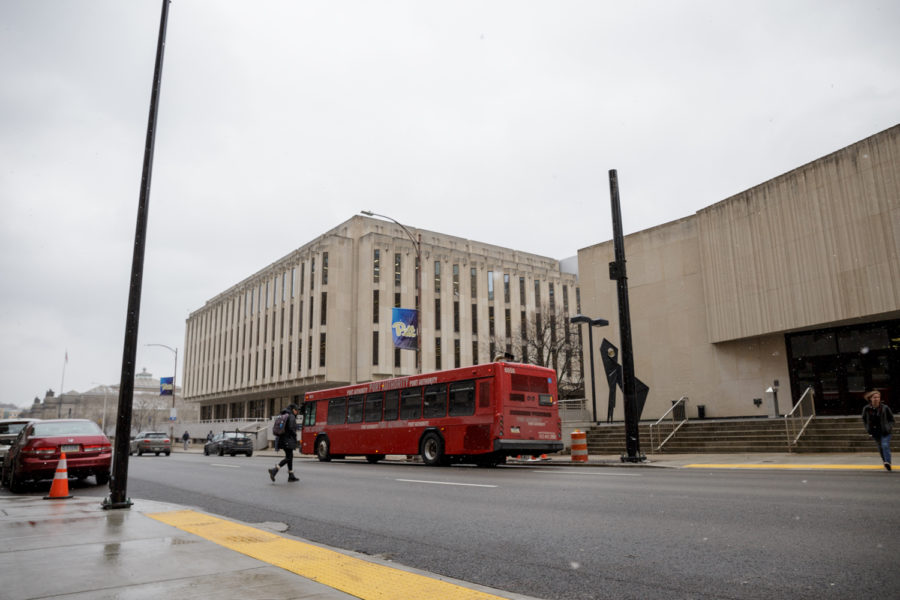 The under-construction stoplight and crosswalk outside Lawrence Hall.

Walk, don’t run, to your next class at David Lawrence Hall.

Over this past weekend, construction began on the sidewalks parallel to Forbes Avenue near the sky bridge. This progresses the effort from Pitt to create a crosswalk on Forbes outside of David Lawrence Hall.

According to Officer Guy Johnson, the community relations officer of the University of Pittsburgh Police Department, the effort has been ongoing for five years.

Discussion of the project began during a University Senate Community Relations Committee meeting on Nov. 20, 2018. According to an article written by the University Times, the crosswalk was expected to be done last December.

“The new crossing between the Forbes Avenue exit of Schenley Quad and David L. Lawrence Hall is on track to be done in December, reported John Wilds, assistant vice chancellor for community relations in the Office of Community and Governmental Relations,” the story said.

The efforts come in a long line of past attempts to keep students from crossing Forbes Avenue in the general area. Residence-hall students received email alerts in 2014, warning students of stricter surveillance of the practice. At that time, the idea of a crosswalk was not a feasible option.

As of now, the project has been approved by the Pennsylvania Department of Transportation, but Johnson said there is still uncertainty as to when the crosswalk will be operative.