Looking ahead at Pitt football in 2019 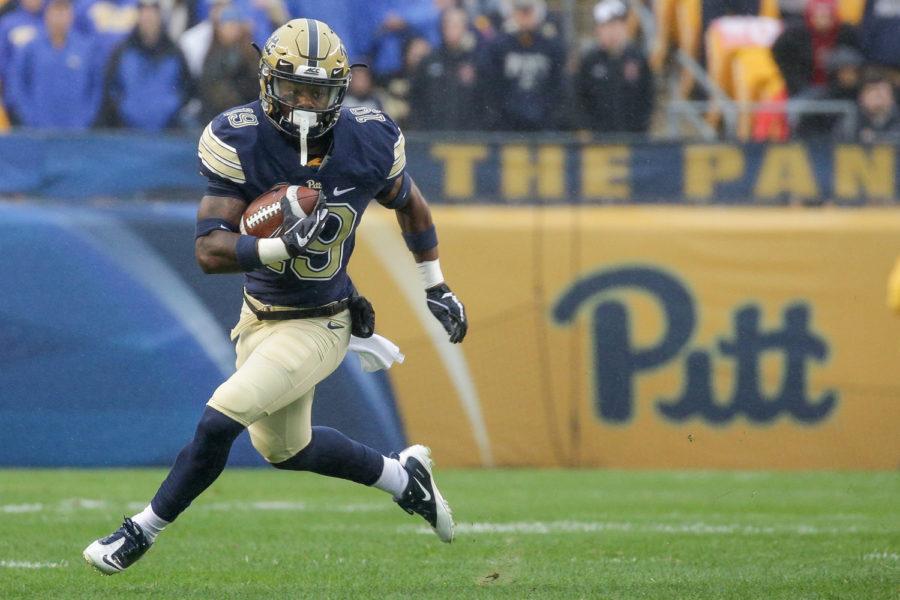 With sports like basketball, baseball and softball all currently underway, it’s easy to forget about the Pitt football team. Sure, the Panthers still have a while before their season opener against Virginia on Aug. 31, but with National Signing Day in the books and the team 15 days away from spring camp, now is a good time to evaluate the current state of the Panthers.

The 2018 season was a roller coaster for head coach Pat Narduzzi’s team. The Panthers notched their first division title in ACC history, but still finished with a pedestrian 7-7 record. From getting blown out by Penn State and UCF early on, to winning four straight ACC games to clinch the Coastal Division, then losing the final three games of the season by a combined 54-point margin, the season was equal parts joy and disappointment.

Like every offseason, Pitt will suffer from several key departures. The program will lose 19 players to graduation, while adding 20 players from signing day. The most notable departures on offense include leading rushers Darrin Hall and Qadree Ollison, fullback George Aston and offensive linemen Alex Bookser, Connor Dintino, Stefano Millin and Mike Herndon.

Ollison and Hall produced stellar seasons sharing the backfield, with both eclipsing the 1,000-yard mark. Ollison — who was invited to the NFL Draft Combine — ran for 1,213 yards and 11 touchdowns, which earned him All-ACC Second team honors. Meanwhile, Hall racked up 1,144 yards and 10 touchdowns to garner an All-ACC Third team selection.

Rising junior AJ Davis will look to fill the void as the Panthers’ lead back next season, with some help from rising sophomore speedster V’Lique Carter. Davis mustered 134 yards on 32 carries in 2018, while Carter rose from a defensive backup to an offensive standout with 202 yards on 25 carries. Mychale Salahuddin, a highly touted four-star recruit from the 2018 class, is also bound to get his share of carries after redshirting as a true freshman last season.

No team unit took a bigger hit this offseason than Pitt’s offensive line. With four out of the five starters graduating, rising redshirt junior Jimmy Morrissey — who was selected to the All-ACC Third team — is the only returning starter. Millin, who played his lone season at Pitt in 2018 after transferring from Kent State, earned All-ACC Second team honors, while Herndon made the All-ACC Third team, and Bookser and Dintino earned Honorable Mentions.

On the other side of the ball, all three facets of defensive coordinator Randy Bates’ unit suffered. Six starters from last season will not be returning — defensive linemen Dewayne Hendrix and Shane Roy, linebackers Oluwaseun Idowu, Elijah Zeise and Quintin Wirginis, and defensive backs Dennis Briggs and Phillipie Motley.

Idowu is perhaps the biggest loss on defense, having recorded a team-leading 82 tackles last season. Idowu, a former walk-on, was joined by Zeise and Wirginis as starting linebackers in 2018 before Wirginis suffered a season-ending injury. Zeise finished his senior campaign with 48 tackles and two forced fumbles, while Wirginis tallied 41 tackles and three sacks in six games before getting his season cut short.

In the secondary, Briggs and Motley are the only two key players departing. Briggs, who started all 14 games at strong safety last year, accumulated 59 tackles and two sacks, while Motley had five passes defended and one interception over nine starts at cornerback.

After having the fourth, seventh and eighth ranked recruiting classes among ACC teams in 2016, 2017 and 2018, respectively, Narduzzi’s 2019 recruiting haul was the worst since he was hired prior to the 2015 season. Ranked the No. 12 class in the ACC, three-star QB Davis Beville headlines the group, coming in as the No. 22 pro-style quarterback in the 2019 class, according to 24/7 Sports.

A generally underwhelming recruiting class means the Panthers will once again have to lean heavily on their upperclassmen to salvage the present. Their non-conference schedule is challenging, with difficult matchups at Penn State and against Central Florida. But at least they swapped out Notre Dame with a very beatable Delaware team, and with an improvement at offensive coordinator, Pitt should be able to hover around a .500 record for the second straight year.