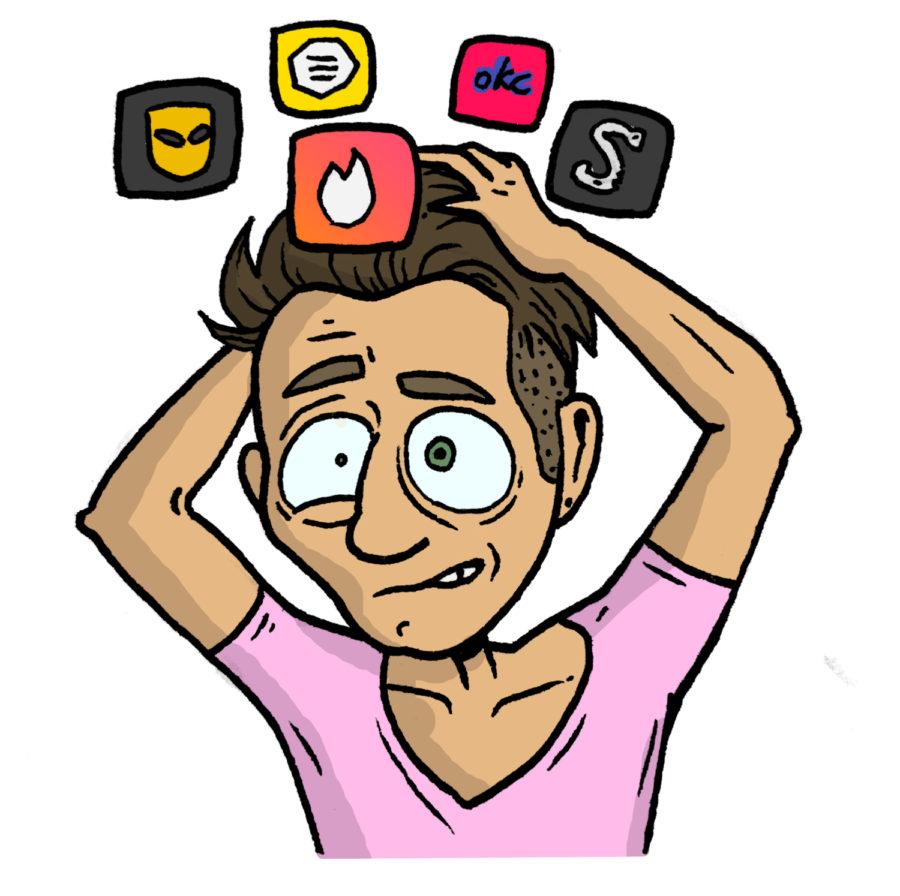 I celebrated my favorite tradition last week on Valentine’s Day — watching “The Notebook” with a pint of Ben and Jerry’s and a bouquet of flowers from my best friends by my side.

When I was younger, I grew up with a story of romance, in which someone would jump on a Ferris wheel for me, write 365 letters and build me a house. With social media, love is not quite as romantic. Technology has seemingly transformed the traditional concept of dating into a game of swiping left and right.

Because people are constantly connecting virtually, dating has taken on an entirely new form and meaning. The easier communication becomes, the more options are available, and as a result fewer young people are entering serious relationships.

Not only has dating become detached from romance, but it is also becoming less common. With no shortage of virtual options, people can simply play the field rather than seriously pursue one partner.

The process of finding a potential partner is becoming so simple and virtual that people are uninvested in who they are pursuing. If it doesn’t work out, it’s effortless to find a new option.

The numerous dating platforms could provide better opportunities to find a compatible partner, but they are only making the process more complicated. Tinder prides itself on the over 20 billion matches made since its founding in 2012, but people find dating success without the help of apps like Tinder. A perception of compatibility — with so many more people who can be reached with a simple swipe — is eroding the effort invested in talking to and connecting with another individual.

Psychologists have observed similar parallels in shopping decisions made by customers. While individuals frequently desire more options to be made available, their ability to make satisfactory decisions begins to degrade when faced with an excess of options.

In a 2000 study conducted by Columbia University researchers, grocery store shoppers exhibited worse decision-making and commitment abilities as the number of options grew. Modern dating may just be another example of this phenomenon where the options presented by virtual apps and effortless swipes are discouraging users from putting real effort into their romantic lives.

“FOMO (fear of missing out) can lead either to failure to make matches or failure to commit to the matches you’ve made,” psychologist Barry Schwartz said in a statement to Mic.

Since online dating makes it easier to find instant gratification, it’s understandable that the effort required to coordinate a series of dates before committing to a partner is more unappealing.

Tinder reflects an attitude shift to play the field and find quick satisfaction, rather than authentic connections with other people. The app’s purpose is to find nearby hookups based on a short bio and a few pictures — information that doesn’t come close to indicating long-term partnerships and compatibility.

The consequences of this shift in modern dating aren’t just found in parallels with grocery store experiments. Some of the latest statistics suggest the number of dates among younger Americans has plummeted when compared to older demographics.

Just 56 percent of 14- to 18-year-olds went on dates in 2015, a drastic difference from the 85 percent of Generation X and Baby Boomers who went on dates. The number of teens going on dates has decreased by 29 percent since the last generation.

Not only is romance becoming less popular, marriage rates are steadily declining as well. According to a 2014 study conducted by the Urban Institute, a policy research and educational organization, marriage rates declined by nine percent from 1990 to 2010. Millenials are predicted to remain unmarried through their 40s.

Though dating apps have offered more options to those who are more introverted, it has also removed the authenticity of truly connecting with someone — and when people do connect through these apps, it seems the effort is minimal.

Romance doesn’t have to be reduced to swiping on short quips and carefully selected photos. It can involve partners making genuine commitments to communicate and understand each other. But apps like Tinder have only made that more difficult in 2019.