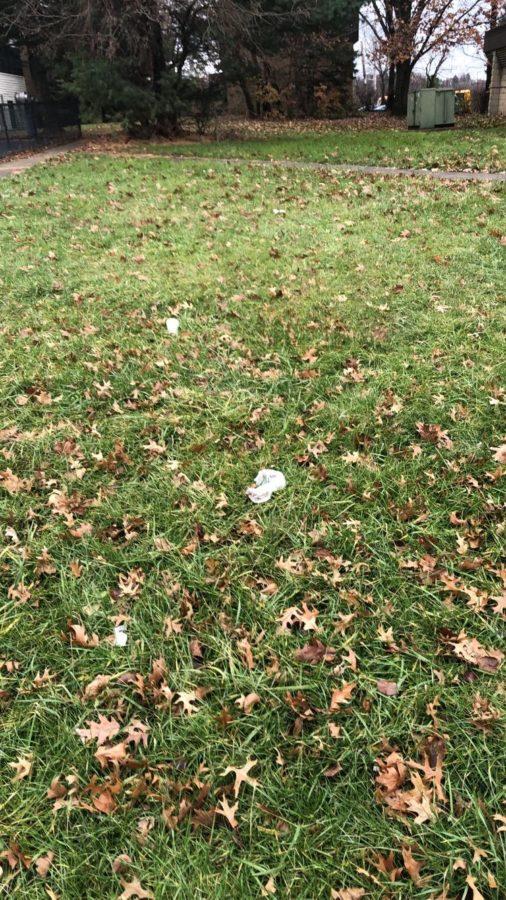 Litter, like the wrappers pictured on a lawn here, isn't hard to find in Rankin -- but the borough is taking steps to beautify itself.

By William Dank and Jabriel Johnson

Joan Neal King, 84, is a long-time resident of Rankin and she likes to tell stories about how beautiful the town was while she was growing up. She said Rankin was a clean and bright place in the 1950s. But today, the streets of Rankin are littered with cups, cans and wrappers.

One town over in Braddock, a town similar in size and demographics, the litter problem has a new enemy — Borough Manager Deborah Brown.

“I love the Braddock community. I was born and raised here … [and] I love seeing the growth that is happening in the last 5-10 years,” she said.

One of Brown’s priorities as borough manager has been to beautify Braddock, and she wants to start a larger cleaning initiative.

Brown also sees the potential for collaboration. When the two boroughs of Rankin and Braddock get the chance to work together, they love to do it.

“The boroughs always try to develop partnerships between each other because a lot of times when we’re writing for grants and money in order to do different things within our burroughs, most organizations that we’re requesting funds from requiring a multi-municipal plan,” Brown said.

Deonte Robertson lived in Rankin in his teenage years and saw first-hand some of the issues Rankin faces.

“Rankin is a very good place to be and is a great neighborhood, but they do have a problem keeping the environment clean and sanitary,” he said.

Carl Lewis, a local business owner in Rankin, suggested that the town could take the first step toward beautification through recycling.

“I would love to see Rankin have its own recycling program because it would help benefit us as a community and benefit [the environment],” he said.