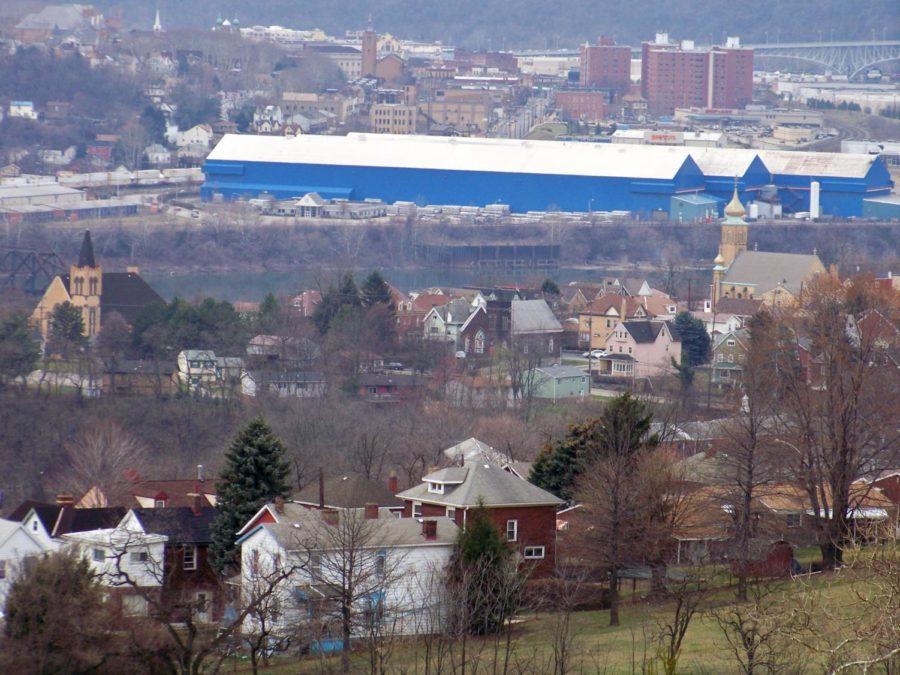 View of Rankin from the Monongahela Cemetery in Braddock Hills, Pennsylvania.

The town of Rankin was full and lively in the 1950s, and boasted libraries, schools and multiple businesses around the area. But on Christmas Eve in 1957, a massive fire hit the community.

It started in an old vacant house around noon, according to news articles from the time. It was a windy day, so the fire spiraled out of control. Smoke covered the area and fire went up to 75 feet high at the Rankin Elementary School.

Matt Petrina was 18 years old at the time, and was in his second year studying electrical engineering at the University of Pittsburgh. He was working at the post office delivering mail when one of his coworkers said something he’ll never forget.

“I ran all the way to the edge of Rankin. I did not see many houses due to the smoke, then I saw the flames 50-to-75 feet high,” he said. “I was stopped by county police and had to show ID before they let me get to my house. They checked to see if my house address was in the fire path.”

When he got to his house, he remembers his family gathering their belongings in pillowcases, anxiously waiting to be told by authorities whether they should evacuate.

“I felt very afraid. I thought we — my mom, dad, brother, sister and myself — were going to die,” he said. “If we looked out of our back windows, the street below was partially visible. What was once row houses were now smoking house wreckage burned to ground level.”

Petrina said the sight was too much to bear.

“I ran to the bathroom to throw up and cry,” he said.

First responders and firefighters from at least 35 different fire companies battled the flames, which caused two deaths. According to a 1957 Pittsburgh Post-Gazette article, the fire destroyed 40 homes and two grade schools in just over two hours.

The Rankin fire chief at the time, Jack Blazina, estimated that the damages were about $1 million. Yvonne Spencer, a long-time Rankin resident who grew up after the fire happened, said it was a horrible setback for the town.

“Many old businesses closed after the fire. It basically stripped the community,” she said.

For Petrina, the fire was a defining point in his life. He remembers his fear upon arriving home from work and thinks it shaped how he has seen the rest of his life.

“I carried these events that happened into my married life living through different life experiences,” he said. “You are never the only one affected. It is never just me — there is always an us.”