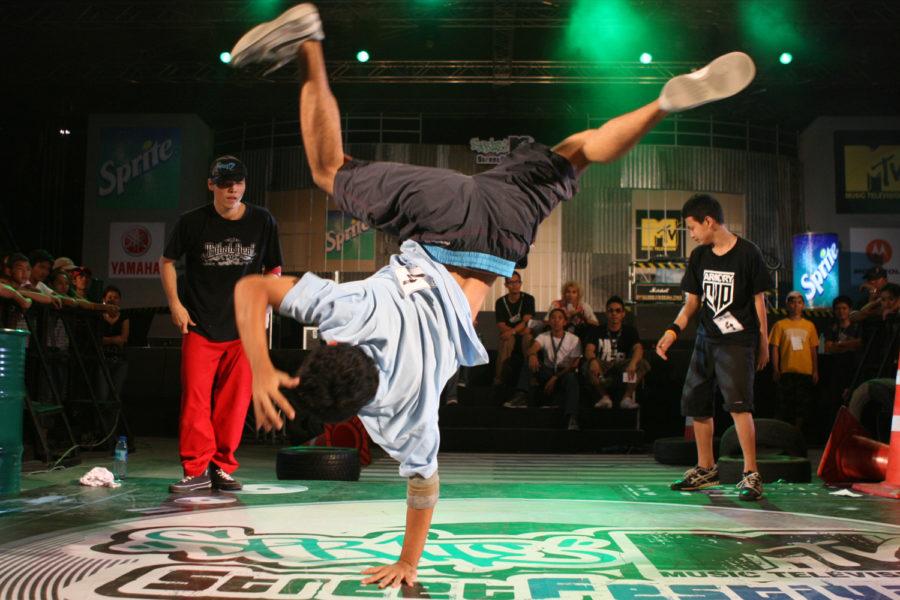 When most people picture break dancing, they probably imagine young people on the streets of New York City, battling it out on a sidewalk or in an alleyway where the victor is determined by applause and shouts of approval from the crowd. They probably don’t picture it taking place in front of official judges in Paris as part of the Summer Olympics.

But all that could change. The International Olympic Committee is considering adding break dancing, as well as a number of other sports, to the official list of sports for the 2024 Summer Olympics in Paris following recommendations by the Paris 2024 organizing committee. Break dancing would make its very first Olympic debut just six years after inclusion in the 2018 Buenos Aires Summer Youth Olympics.

The Olympic committees for both the Tokyo 2020 and Paris 2024 games have made an important point of trying to keep the games relevant to the modern age by being more inclusive of newer or more niche sports. The inclusion of break dancing, as well as other nontraditional sports, is an important step towards the goal of keeping the Olympic games modern. The IOC should include break dancing in the Paris 2024 program if it wants to keep the games fresh, relevant and inclusive.

The IOC determined in July 2018 what nontraditional sports will debut at the 2020 summer games in Tokyo. Sport climbing, surfing and skateboarding all made the cut, and will debut as Olympic sports during the next Summer Olympics.

Additionally, sports like rowing, boxing and swimming are seeing new events added and other events changed as part of an effort to be more inclusive of gender, as per the 2020 Olympic Agenda. For example, boxing now has eight weight classes for men instead of 10, while the number of weight classes for women increased from three to five.

The IOC allows host cities to make recommendations to the committee about what sports deserve to be included in addition to 25 “core” sports. The Paris 2024 organizing committee recommended to the IOC that the three new sports for Tokyo 2020 continue as part of the 2024 program, and that break dancing be added.

Although it originated as a street sport, break dancing, or breaking, is already a youth Olympic sport, which debuted last year in Buenos Aires, Argentina. Breaking competitions operate like this: breakers battle in tournament-style showdowns that are judged by a panel, similar to other Olympic sports, such as figure skating. A knockout round of the top four breakers follows the tournament-style showdown and determines who takes home the gold medal.

The sport is relatively new. Breaking emerged in New York City’s South Bronx neighborhood, in primarily black and Hispanic communities in the early 1970s, later gaining popularity around the world. Professional breaking competitions started less than 30 years ago, beginning with Battle of the Year in 1990. Thousands of people submitted videos online for a chance to participate in just one competition — Red Bull BC One — in Boston last year.

The recommendation of the Paris 2024 committee to include breaking as an official sport has generated palpable excitement in the breaking community.

“As one of the head judges at the Youth Olympics in Buenos Aires last year, I witnessed the magnitude of the impact,” Kevin “DJ Renegade” Gopie said in an interview with The Telegraph. “It was the talk of the town and we had the biggest crowds of all of the new sports. Everybody wanted to be around, not because it was a novelty, but because the skill levels are so high.”

Though breaking began in the United States, it is now a global sport. South Korean dancers dominate competitions, and the South Korean Ministry of Culture, Sports and Tourism touts the breaking community as a part of the national culture.

Russian 18-year-old Sergey Chernyshev and Japanese 17-year-old Ramu Kawai took home the first Olympic gold medals in breaking at the 2018 Buenos Aires Summer Youth Olympics, a testament to how breaking has moved from the streets of the South Bronx to an international sport, where dance often transcends language for competitors.

Though breaking is competitive and dancers often face up to trash talk each other during rounds, the youth competitors in Buenos Aires felt only camaraderie.

“There’s a bit of smack talk during the battles, but away from competition, it’s all love,” B-girl silver medalist Emma Misak said in an interview. “I think that makes breaking unique. We genuinely are like family. I’m so happy right now.”

Though breaking started with young, diverse New Yorkers battling on the streets, the past 30 years have seen it evolve into an international sport that is youthful and diverse. The IOC and various Olympic organizing committees have made it their mission to make the games more inclusive, and the addition of breaking as a new sport at the Paris 2024 games is a big step in the right direction.