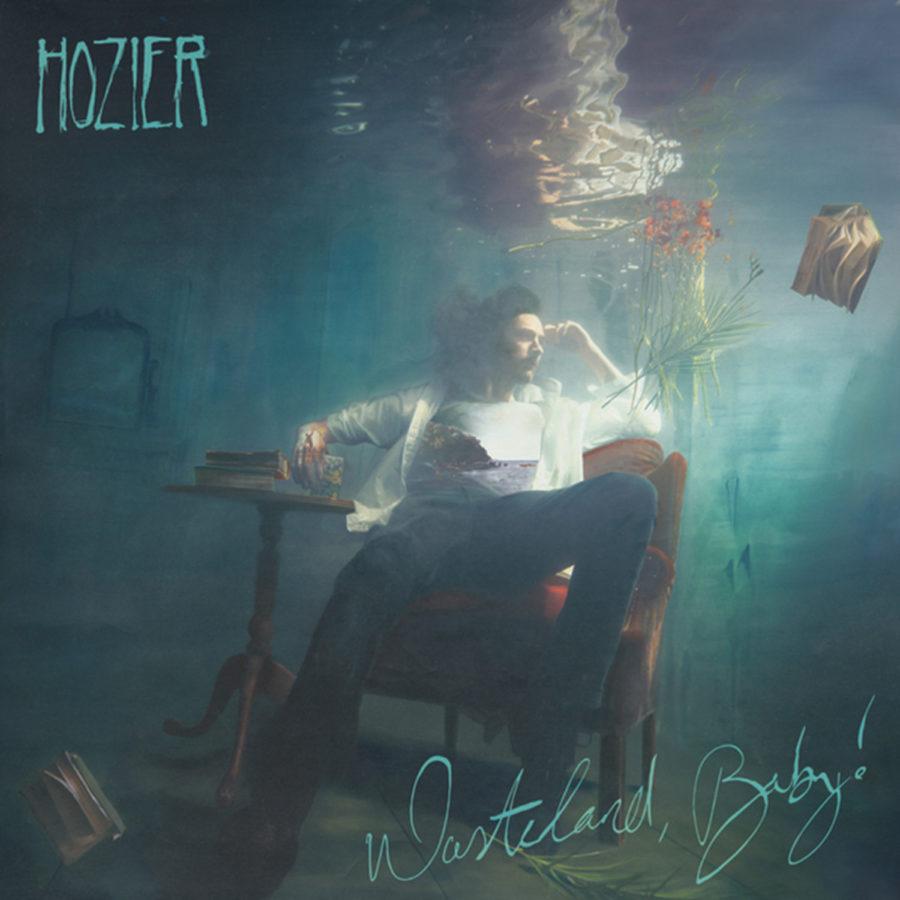 Irish-born musician Andrew “Hozier” Byrne came into an almost accidental fame when his 2013 single “Take Me to Church” soared to No. 2 on the Billboard Hot 100, following the release of his eponymous first album in 2014.

With any artist who released a well-liked first album, the pressure was on for the follow-up. “Wasteland, Baby!,” released on Friday, is a spectacular sophomore album that does more than just act as a follow-up to “Hozier.”

Hozier’s music has a tendency to transcend genre, bouncing from American folk to rock to traditional Celtic music effortlessly. The same thing can be said about the topic of the songs. Some are celebratory, some are angry, some tell a story and for the most part, they work together to create a whole album. Together, the songs of “Wasteland, Baby!” cover the range of emotions one may feel toward the looming threat of climate change.

“There’s been this global political pissing contest going on and the willful denial of climate change and CO2 emissions. So a lot of the songs have this feeling of foreboding, but they look at it in different ways.” Hozier said in an interview with the Evening Standard. “There are laments and there are optimistic ones saying, ‘No, it’s not the end of the world, it’ll be fine.’ Others are more like, ‘Great! Get on with it! I’m very tired!’ I imagine the record taking place around this bonfire of our times with everyone screaming into it.”

Borrowing some of the best songs from his 2018 EP “Nina Cried Power,” “Wasteland, Baby!” balances between the macabre and the delightful, as though Hozier is throwing an end-of-the-world party and we are all invited. In a world where literally everything is probably going belly-up in less than 50 years, sometimes it pays to be a little cheerful about the end times once the apocalypse feels inevitable.

The album isn’t just about the end of the world, although that is the dominating theme. The first track, “Nina Cried Power,” which was first released on the EP of the same name, features activist and gospel singer Mavis Staples. “Nina Cried Power” is an homage to musician-activists, like Nina Simone. The lyrics are a powerful anthem for protest and social change, promising that “It’s not the wakin’ / It’s the risin’.”

Like with “Hozier,” “Wasteland, Baby!” evokes a feeling that you’ve stumbled across some sort of woodland Jesus while taking a walk in the forest one evening. The moody, hushed vocals and quiet acoustic notes punctuate some of the softer songs on the album, like “Shrike” and “As It Was.”

One of the strongest tracks on the album in terms of vocal prowess is “Nobody.” Described by Hozier in the Apple Music notes as “one of the closest things to a road song that I’ve written,” “Nobody” describes a love that is perfect — not for forever, but for right now. “I’ve been fed gold, by sweet fools in Abu Dhabi / And I danced real slow with Rockettes on dodgy molly / But I’ve had no love like your love / From nobody,” Hozier sings in the refrain.

The best track of the album is the titular “Wasteland, Baby!,” which strips down the production of the other tracks, leaving just soft, folk-esque acoustic guitar and vocals. Though the other tracks on the album mix Hozier’s vocal talent with choir backing, bass and folk-rock crossover, “Wasteland, Baby!” strips the best of Hozier’s music down to its essentials. The masterful lyricism of “Hozier” is still present in this soft ode to the end of time, to “The day that we’ll watch / The death of the sun / To the cloud and the cold / And those jeans you’ll have on.”

While “Wasteland, Baby!” is a strong album, some songs fall short of matching the intensity and lyricism of the rest of the album. Though an album that is overly cohesive runs the risk of being criticized for all the songs sounding the same, there is something to be said for sticking to a theme.

Where “Wasteland, Baby!” is soft and sweet without being cloying, “To Noise Making (Sing)” can come across as almost patronizing, especially if you don’t really like to sing. The same goes for some other songs. The lyrics of “Dinner & Diatribes” get almost lost in the abundance of electric guitar and production, and the same could be said for “No Plan.”

While in some places “Wasteland, Baby!” falls short, the album is not short on great songs. Follow-ups to well-reviewed and popular albums that are similarly loved by fans are hard to come by. In the digital, instant streaming age, five years is a long gap between albums. Hozier delivers with “Wasteland, Baby!” what his fans have eagerly anticipated since 2014 — a stellar second album.