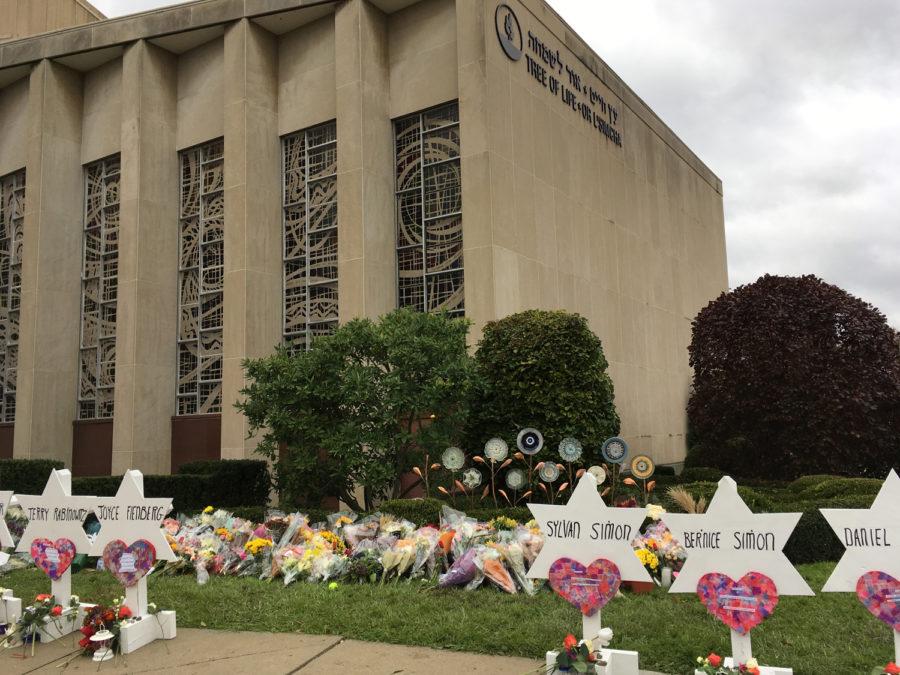 By Nicole Marzzacco, For The Pitt News

When tragedy strikes a community, its members respond in different ways. After a gunman entered the Tree of Life Synagogue and killed 11 worshippers last October, Pitt first responded by holding a candlelit vigil outside the Cathedral of Learning and providing numerous counseling options for students.

Now, four months later, the University plans to sponsor up to nine undergraduates who will conduct research on the Tree of Life shooting this summer and create an exhibit based on their findings, which will be on display at the University in fall 2019.

The Office of Undergraduate Research has created a Scholars in Residence program called “Responding to the Tree of Life Tragedy.” The summer research program will give the selected students an opportunity to work with materials obtained from the Tree of Life shooting. Then, the students will create an exhibit to demonstrate how the community can heal from the tragedy as well as how a similar event can be avoided in the future.

The deadline to complete the application is Wednesday, and it is open to undergraduate students with a passion for research who can find a faculty sponsor to oversee the project. The final form of the exhibit will depend on the specific skills and ideas of the students who are selected.

Eric Lidji, the director of the Rauh Jewish History Archives at the Heinz History Center, was asked by Pitt to be involved with the project. Lidji will serve as an adviser throughout the project’s duration, in case students have any questions throughout their research.

“The goal is for students to create a response to the tragedy and look more broadly at what happened,” Lidji said.

Students have the opportunity to work with material collected relating to the tragedy, including sound and film recordings, images and typed recollections from the Heinz History Center and the Holocaust Center of Pittsburgh.

“As a graduate of Pitt, it serves a communal feeling to help with this project. I’m excited for students to have a close look at the materials and student involvement,” Lidji, a 2004 alumnus, said. “It’s important for people to engage emotionally and intellectually. This project has the potential to improve lives in wake of tragedy.”

Caroline Nesbit, a sophomore media and professional communications major, has been an active member of Hillel since her first year and serves as a campus engagement intern who works to get more students involved with Hillel.

She is excited to see how the students deliver the project, and said she hopes the exhibit will be something that both Hillel members and others can learn from.

“I’m looking forward to see what they do. I would go out of my way to see it, and I think it would be good for Hillel to see,” she said. “Students should be aware that this happened and other students should be encouraged to see it.”

She is looking forward to see how the students work with the material and hopes they’ll approach it with sensitivity.

“This is anti-Semitism that must be dealt with, not glorified,” Nesbit said.

Seth Berk, a visiting lecturer at the University, thinks it’s good that the project encourages students to be involved in the community. Berk, who lives just a few blocks away from the Tree of Life Synagogue, was in Squirrel Hill during the attack. He said he remembers seeing the police lines blocking off the street and hearing helicopters scoping through the neighborhood.

“I hope people take a minute to think of the people murdered as individuals rather than victims as a whole,” Berk said. “This project gets the dialogue going to prevent this in the future. It’s a good way to get students to think about and engage with rather than forgetting what happened.”