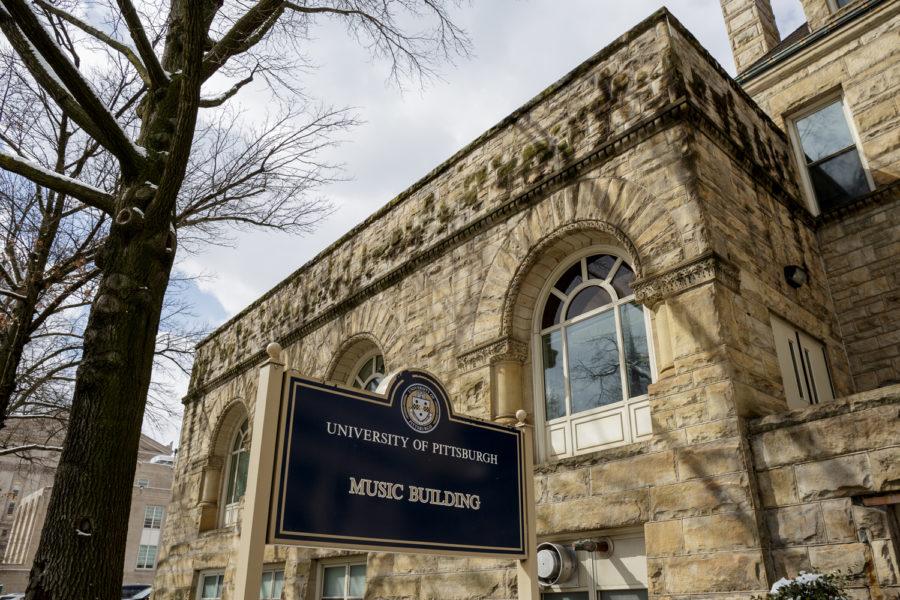 The finalized Campus Master Plan details plans to move the department of music out of the historic Music Building.

As students are planning for their futures, whether it be a summer internship or a job post-graduation, Pitt is planning for its future as well.

After more than a year and a half of development, Pitt’s Campus Master Plan, or CMP, was released on Feb. 11. The CMP is a detailed outline of the future of Pitt’s Oakland campus and its plan for development over the next 20 to 30 years. According to the plan, it illustrates “how the institution’s Pittsburgh campus can evolve over time in a way that supports academic excellence, the student experience and connection to the community.”

The CMP was developed with input from individuals across the University as well as the greater Oakland and Pittsburgh communities. According to its website, 8,782 people, including alumni, donors, businesses, faculty, staff and students, contributed to the CMP, discussing what they would want to see from the University in future. This input was accrued via surveys, town halls and web engagement.

There are 13 short-term projects listed in the CMP. This includes the creation of the Human Performance Center — a 3,000-seat sports area and student-athlete training facility — a 300-meter indoor track and additional athletic parking. These projects will require the relocation of the OC Parking Lot located on Allequippa Street. The O’Hara Garage will be demolished to make space for the Recreation and Wellness Center, a student recreation facility aiming to connect upper and lower campuses. Scaife Hall, the University Club and the Petersen Sports Complex will undergo expansions.

“The increase in on-campus housing has multiple benefits, including it will stabilize the cost of housing for students, improves the quality based on University standards and frees up more housing for non-students in the nearby neighborhoods,” Miksch said in an email.

A new academic building called One Bigelow will be built at the site of the parking lot east of Soldiers & Sailors Memorial Hall. According to the CMP, “One Bigelow will be a transformative academic complex that will serve as the hub of systems-oriented research, applications and education at Pitt.” This complex will house the School of Computing and Information and have an underground parking garage.

There are 11 mid-term projects, including the expansions of Trees Hall, Posvar Hall and Western Psychiatric Institute and Clinic, as well as redevelopment of Crabtree Hall. An Aquatics Center and Integrated Health Sciences Complex are also set to be developed.

In addition, there are 12 long-term projects, many of which deal with athletic facilities and housing. Athletic ventures consist of softball/baseball improvements, creation of a multipurpose indoor facility and additional development of the Petersen Events Center. Housing developments will take place on the east side of campus. New buildings will take the place of the Information Sciences Building, the Music Building and the PNC bank at Fifth Avenue and Craig Street.

The Music Building, a Schenley Farms Historic District property, and its adjacent parking lot are set to be demolished or maintained, according to the plan. Miksch said the building’s future is uncertain.

“There are no final decisions on the Music Building. The plan notes that ‘special care’ is needed, given the building’s history,” he said.

“They have no time line and they haven’t consulted us [the music department] and what our needs are. We’ve sent documentation of what our needs are, but we haven’t been involved in any discussions,” Rosenblum said.

The University is now seeking input from the community to create the Institutional Master Plan, or IMP, a plan required by the City of Pittsburgh to provide an outline of how new developments will adhere to City regulations. The next public meeting regarding the IMP will be held on Monday, from 6 p.m. to 8 p.m. on the first floor of Mervis Hall.