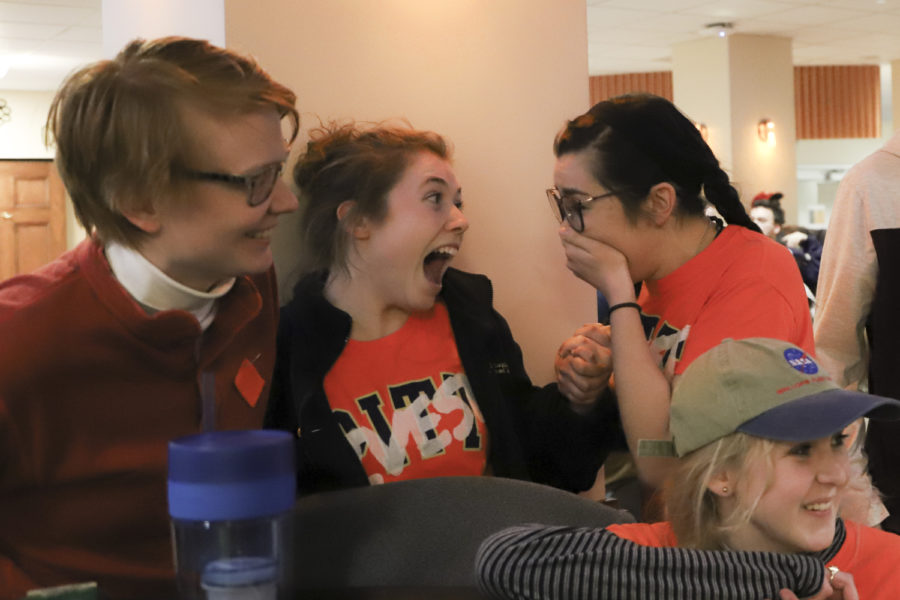 Anaïs Peterson won big in Tuesday’s runoff SGB election — and so did one of her major initiatives, as more than 2,000 students said Pitt should divest from fossil fuels in a referendum vote.

Of the 2,401 students who voted on the initiative, 91 percent said Pitt should divest. SGB will use that number in future discussions with administration. President Maggie Kennedy said she would talk to Chancellor Patrick Gallagher for his input on the best way to relay those results to the Board of Trustees.

Tuesday’s referendum showed 91 percent of students who voted were in favor of divestment from fossil fuels. Graphic by Gennadi Ryan | Staff Graphic Artist

Peterson, a member of the Fossil Free Pitt Coalition, took in 1,387 votes to win the role of executive vice president, defeating Caroline Unger, the current chair of SGB’s facilities, transportation and technology committee, who won 855 votes. Peterson and Unger were both elected to SGB for the 2019-20 school year in the Feb. 19 election, but tied for the top spot of executive vice president.

Along with fossil fuel divestment, Peterson’s campaign focused on addressing the issue of lead in Pitt’s water, and increasing the availability and accessibility of gender neutral bathrooms on campus.

As executive vice president, Peterson would be next in line to be president if Zechariah Brown were to step down and will also serve as the speaker of the Assembly, the lower legislative body of student government.

Peterson said she was “completely shocked” by the results of the executive vice president vote but happy with the result of the divestment vote.

“Throughout today, I was all over social media making sure everyone knew about it,” Peterson said. “I’m just glad all of the hard work to get here paid off.”