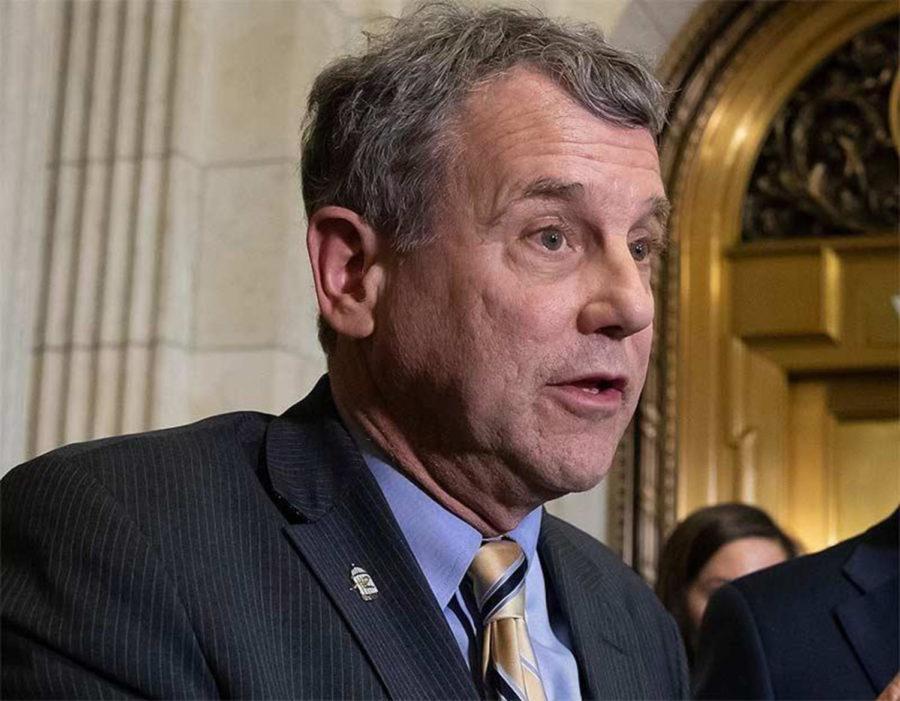 Sen. Sherrod Brown won't be joining several of his Democratic Senate colleagues who are seeking the White House in 2020.

Sen. Sherrod Brown, the Ohio progressive who offered Democrats high hopes of recapturing voters in the Midwest, announced Thursday he would not be running for president.

“I will keep calling out Donald Trump and his phony populism,” Brown said in a statement. “I will keep fighting for all workers across the country. And I will do everything I can to elect a Democratic president and a Democratic Senate in 2020. The best place for me to make that fight is in the United States Senate.”

Brown’s announcement followed a tour of several early-voting states in which he advocated a “dignity of work” agenda that focused on creating economic opportunity over expanding government. He has been wary of some of the ambitious social programs around which other progressives are building their presidential bids, such as “Medicare for all.”

“We’ve seen candidates begin taking up the ‘dignity of work’ fight, and we have seen voters across the country demanding it, because dignity of work is a value that unites all of us,” Brown said. “It is how we beat Trump, and it is how we should govern. That’s why I’m confident it will continue to be a focus for Democrats in 2020, and I plan on making sure that happens.”

Brown’s supporters believed he was uniquely equipped to lead the Democratic Party to victory in the upper Midwest, where key states were lost to President Trump in 2016. When Brown won election to his third Senate term in 2018, he was the only Democrat to win statewide, in part by holding the support of tens of thousands of Trump voters.

But several other candidates occupy space in Brown’s political lane. Sen. Amy Klobuchar of Minnesota is already running on her Midwestern appeal. Former Vice President Joe Biden threatens to eclipse both of them if he runs, with his Pennsylvania roots and blue-collar backing. Economic populism is central to the campaigns of Sens. Bernie Sanders, I-Vt., and Elizabeth Warren, D-Mass.

Brown has been blunt in his criticism of Trump, accusing him of “phony populism” and calling him a racist. After Trump claimed in November that Brown was partly to blame for General Motors’ decision to close a plant in Lordstown, Ohio, Brown responded on Twitter, “@realDonaldTrump, I’ll compare my record standing up for Ohio & American workers to yours any day.”

Brown’s political appeal would have been greatest among Democrats who believe the party’s surest path to the White House is through the industrial Midwest, nominating a candidate who can win enough Trump voters in Michigan, Wisconsin and Pennsylvania to reclaim those states. He might have had less appeal among Democrats who favor an alternative strategy of focusing more on driving up turnout among people of color and suburban voters in the Sun Belt states of Georgia, Arizona and Texas.

Brown argued that he could appeal both to working-class voters and the party’s progressive base. But his skepticism of “Medicare for all,” an idea that has moved from the party’s liberal fringes to increasing acceptance, especially among potential 2020 candidates, threatened to alienate progressive voters. Brown considers it impractical.

Brown supports the idea of universal health coverage and proposes first to allow people in their 50s to voluntarily opt into Medicare. In addition, he would make a public health insurance option available through the Affordable Care Act.

He would not to sign on to the Green New Deal, an ambitious plan to restructure the entire U.S. economy around a fight against climate change. “I don’t need to co-sponsor every bill that others think they need to co-sponsor to show my progressive politics,” he said at a February breakfast for reporters in Washington sponsored by the Christian Science Monitor. “I want to get something done for people now.”