White House prepares for Robert Mueller’s report — whatever it says 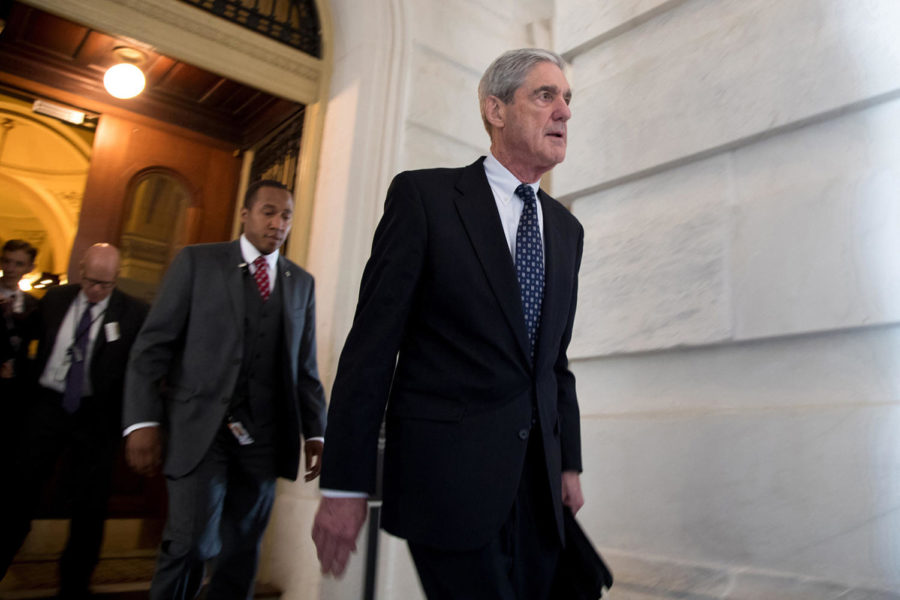 The White House made a quiet but notable personnel change a few weeks ago, moving a veteran staff attorney to a press office that is preparing a response to the much-anticipated final report from special counsel Robert S. Mueller III, whatever it says, whenever it comes.

The transfer of Steven Groves to a press shop staffed largely by young assistants and interns came as the White House counsel’s office, where Groves previously was assigned, has made at least 17 new hires.

Together these actions show that a White House known for lack of planning is scrambling to prepare for Mueller’s findings about Russian support for President Donald Trump in the 2016 election, and for the gathering storm of Democratic-led congressional inquiries into Trump’s businesses, private foundation and activities in office.

Whether Trump is vindicated or placed in legal jeopardy, or more likely something in between, the White House, its allies and its critics are readying legal strategies and talking points for a potential pivot in his presidency.

The president’s legal team has prepared a roughly 80-page counter-report that could be released in whole or in part depending on what Mueller alleges, according to Rudolph W. Giuliani, the former New York City mayor who is representing Trump.

For example, Giuliani said, if Mueller mentions the notorious June 2016 meeting at Trump Tower in New York involving three top Trump aides, his son Donald Trump Jr., son-in-law Jared Kushner and campaign chairman Paul Manafort, and a Kremlin-linked lawyer promising dirt on Hillary Clinton, “we would point out that nothing ever happened and it never went anywhere.”

The White House response could also be very short if Mueller gives Trump a clean bill of health. “If they exonerate him,” Giuliani said, “we’ll just say congratulations.”

Under Justice Department regulations, Mueller is required to deliver his final report to Attorney General William Barr. During his Senate confirmation process, Barr vowed to be as transparent as the law allowed but did not commit to releasing the entire document to Congress or the public.

Trump’s top surrogates held at least one conference call to lay out arguments they could use, either in court or on cable TV, to try to block release of information they considered unfair or damaging to the president or his administration.

Attorneys on the call said redactions might be necessary in the Mueller report to protect grand jury testimony and other legally privileged information, and should not be construed as a coverup, according to a participant who spoke on condition of anonymity.

“There is an expectation from the public that they will see a full and complete report,” said Zac Petkanas, a Democratic consultant. “Anything less than that will be seen as a coverup.”

Everyone admits their preparations are complicated by the secrecy surrounding Mueller’s work.

“There have been endless rumors that this thing is going to wrap up. Then the moment comes and nothing happens,” said Lisa Gilbert of the liberal watchdog group Public Citizen. “The challenge is keeping people endlessly prepared and ready.”

Trump’s allies increasingly consider the Mueller report a milestone, but not an end, to what they view as a partisan political siege surrounding the president. In recent speeches, Trump has cited the congressional investigations to rally supporters for a protracted battle.

“I think the White House wishes there was some way to end all this, but they know deep down that this is an endurance contest,” said Newt Gingrich, an informal Trump advisor who, as Republican House speaker in 1998, oversaw the impeachment of President Clinton.

Trump’s closest advisors “think it will be mostly a lot of noise, a lot of specifics — none of them impeachable — and they’ll have a couple days of bad media,” Gingrich said.

“In this environment, how will that be any different?” he added.

White House officials privately marvel that Mueller has kept his work under wraps. News reports predicting its imminent release have misfired, keeping Washington on edge while raising doubts about each subsequent report.

Although Trump complains about Mueller obsessively, in private, on Twitter and in large rallies, his aides say they rarely discuss the report at staff meetings, given their inability to do anything about it and wariness of inadvertently getting pulled into the investigation.

“When we get it, we’ll make a determination of what to do next in terms of strategy,” said one top official. “Just like everybody else in America, we’ll wait and see what’s in it.”

Whatever the findings, pollsters see the national political landscape as so hardened that Mueller’s report is unlikely to shift public opinion.

“How entrenched is concrete?” asked Neil Newhouse, a Republican pollster and co-founder of Public Opinion Strategies.

“It’s very hard for anything to get through to get people to move from their existing tribal dispositions,” he said.

A recent CNN/SSRS poll found 87 percent of Democrats believed Trump’s campaign colluded with Moscow during the campaign, while 88 percent of Republicans believed it did not. Self-described independents were split down the middle.

Trump may face an uphill battle if Mueller delivers bad news for him, according to a recent Washington Post-Schar School poll. Some 56 percent of respondents said they were more likely to accept Mueller over Trump, versus 33 percent who said they would believe Trump instead.

In a rambling two-hour speech Saturday at the Conservative Political Action Conference, Trump telegraphed lines of attack he was likely to use.

He repeated his accusation that Mueller and his team were hampered by conflicts of interest. And he again argued that his firing of FBI Director James Comey in May 2017, which led to Mueller’s appointment, did not amount to obstruction of justice.

He also insisted that Mueller’s appointment was undemocratic, a new point of emphasis.

“Robert Mueller never received a vote, and neither did the person that appointed him,” the president said, referring to Deputy Atty. Gen. Rod Rosenstein, who was chosen by Trump.

But even Trump conceded that “everybody is waiting” to see the Mueller report.

He added, “I thought of it this morning.”