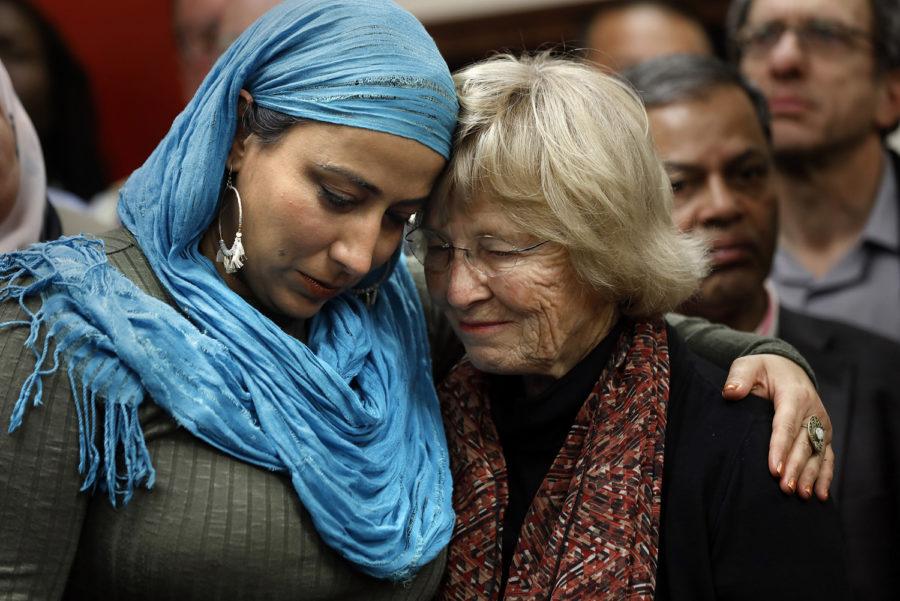 President Donald Trump has an inexplicable problem with addressing white supremacy as the growing, abominable thing it is. He failed to call out neo-Nazis and white nationalists in the first year of his presidency at a 2017 Unite the Right rally in Charlottesville, Virginia, and he hasn’t done anything to right that wrong since then.

But in wake of the mass shooting in Christchurch, New Zealand, on Friday, we’ve seen that such blatant refusals to admit the gravity of white supremacy and racism have a wider effect than just the United States alone. And the language we use — or don’t use — to skirt around the issue has a big impact globally.

The gunman, a 28-year-old white man from Australia, opened fire on two mosques in Christchurch, minutes after sending a copy of his 74-page racist manifesto to New Zealand Prime Minister Jacinda Ardern, several media outlets and lawmakers. 50 people were killed, and an additional 50 were injured in the attack.

In his manifesto, the shooter conveys a deep hatred for people who aren’t white, whom he called “invaders,” as well as an intense anti-Muslim sentiment throughout the document. He cites Trump as “a symbol of renewed white identity and common purpose,” while mocking his ineptitude as “a policy maker and leader.” The shooter also said that by committing the act of violence, he hoped to incite more violence over gun rights in the United States.

In response to the shooting, instead of condemning white nationalism, Trump downplayed the tragedy.

“I think it’s a small group of people that have very, very serious problems,” the president said Friday in response to a question about whether or not he thought white nationalists were becoming a global threat. “It’s certainly a terrible thing.”

It might be a small group of people who commit mass murder in places of worship, or schools, or other places we count on above all others to be safe, but the group of people spreading and spewing hatred is anything but small. With each mass shooting in the United States, we’ve seen more and more how social media and the racist, Islamophobic words of politicians have prompted people to commit these acts. And that’s made us the golden standard for hate in the world — others use our words and our actions as an example to follow.

In the aftermath of the Christchurch shooting, Australian Sen. Fraser Anning blamed the tragedy on immigration, a sentiment that sounds very similar to what Trump has said in the past.

“The real cause of bloodshed on New Zealand streets today is the immigration program which allowed Muslim fanatics to migrate to New Zealand in the first place,” Anning wrote on Twitter Friday.

The real cause of bloodshed is unchecked xenophobia and white nationalism, which emboldens people to commit unthinkable crimes. In the case of the Christchurch shooting, it seems that the American president and his racist, xenophobic, Islamophobic political discourse were inspiration for the murder of 50 people.

For most politicians — and most decent human beings — at least a condemnation of what happened and a commitment to stopping the spread of white nationalist sentiment would follow. Instead, a worrying number of those in power just continue to stoke the flames.