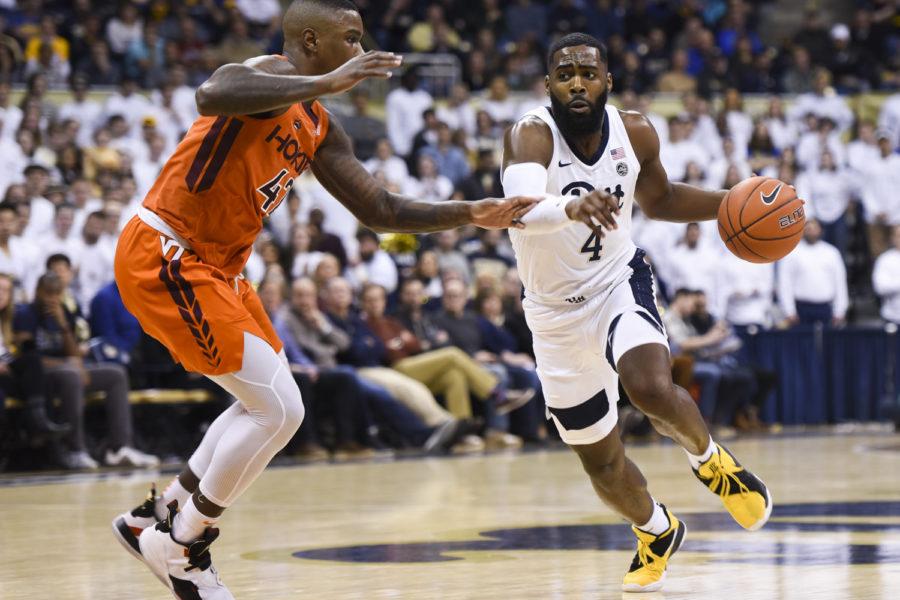 The story of the 2018-19 Pitt men’s basketball team cannot be told without also telling the story of the debacle that took place a season ago. An 8-24 overall record, 0-18 in conference play, eight losses coming by 20 points or more and eight players requesting to transfer led to what many saw as overdue and inevitable — the firing of head coach Kevin Stallings on March 8, 2018. So thus began the rebuild.

The search for his replacement did not last long. After multiple high-profile names like Dan Hurley and Sean Miller floated around Oakland for a few weeks in early spring, Athletic Director Heather Lyke announced one that few saw coming — Jeff Capel. The then-first assistant to Mike Krzyzewski at Duke was named Pitt’s head basketball coach on March 27, 2018, less than three weeks after Stallings was fired.

From the moment he was introduced, Capel’s reputation as a capable recruiter was put to the test. Not only did he have to sell recruits on his vision for the program, but the current players as well. Capel got straight to work trying to keep potential transfers in Pittsburgh.

For the most part he was successful, but not everyone saw his vision. First-year guards Parker Stewart and Marcus Carr, Stallings’ most promising young players, transferred to the University of Tennessee at Martin and the University of Minnesota, respectively, in the spring of 2018.

Other than Carr and Stewart, Capel was able to retain much of what could be loosely defined as Pitt’s core. Sophomore Khameron Davis and senior Jared Wilson-Frame brought some, albeit limited, experience to the backcourt. Junior Kene Chukwuka and sophomore Terrell Brown made up the undersized and undermanned big man crop.

Despite Wilson-Frame’s limited experience at the Division I level, Capel relied heavily on him for his maturity and leadership. Wilson-Frame’s eager acceptance of Capel’s vision helped aid that relationship.

“Jared is a guy who believed right away when I got the job,” Capel said. “When there was a lot of uncertainty in the program, he was certain in his beliefs in me, us, the future and the direction.”

Capel continued to prove his recruiting chops through the spring and into the summer, picking up three top-150 recruits: Xavier Johnson, Trey McGowens and Au’Diese Toney. In addition to his trio of first-year players, Capel was aided by the return of junior forward Malik Ellison, who sat out last season due to NCAA transfer rules.

Capel had his squad, but he also had a long way to go before they were ready to play ACC basketball and it showed. From the first workout, returning players noticed a serious uptick in intensity. As Ellison told the Pittsburgh Post-Gazette in September, the difference in energy is not only impactful emotionally but physically.

“It’s night and day,” Ellison said. “I think that this year, the intensity is just on another level. It’s not even close. Each and every practice, every workout, I’m dead tired afterward because we literally give it our all, 110 percent. Our bodies, we empty out the tank. That’s the emphasis with this staff.”

By November, it was clear that the new-look Panthers were poised to right the ship after a disastrous 2018 campaign. The electricity surrounding the Petersen Events Center was driven by Pitt’s four high-profile newcomers — Capel and his trio of star recruits.

The first time the Panthers took the court, the three first-years were immediately impactful.  Johnson and McGowens combined for 24 points in a 78-59 exhibition victory over Pitt Johnstown.

The Panthers would open the regular season by winning their first six contests — thanks in part to their obvious talent advantage over mid-major teams like Colgate and New Orleans — but they were also using a brand of scrappy defense and fast play that completely juxtaposed their sluggish pace from a year ago.

What was likely most telling about this year’s iteration of Pitt Basketball was its first loss. In early December the Panthers traveled to Iowa City to take on No. 14 Iowa. A stunning first half saw the Panthers lead by six before eventually falling by one to a Hawkeye rally after Johnson’s last-second layup rimmed out.

Despite the loss, the team appeared to be headed in the right direction. What was expected to be a long, painful rebuild appeared to be ahead of schedule all the way through the non-conference schedule. But Pitt was handed a rude awakening at the beginning of ACC play.

In front of a sellout crowd, the first at the Petersen Events Center since February 2016, the Panthers were handed their 23rd consecutive conference loss by the then-No. 15 UNC Tar Heels, who won by 25.

The Panthers then won two of their next three conference games, with the lone loss coming on the road to NC State. The duo of McGowens and Johnson combined to average 51 points per game in the two wins, and the Panthers were out of the ACC cellar for the first time in more than two years.

However, those wins offered only temporary respite from their losing ways. The Panthers dropped their next 13 straight and returned to their familiar place at the bottom of the ACC standings.

The Panthers once again found themselves in dead last when senior day rolled around. Facing Notre Dame, a fellow cellar dweller, the Panthers had an opportunity to capture one of the biggest symbolic victories of the season — a non-last ACC finish.

On a cathartic afternoon in Pittsburgh, the Panthers pulled out a 56-53 victory over the Fighting Irish and secured a second-to-last-place finish for the first time since 2016. The Panthers carried that momentum into the ACC tournament, where they routed Boston College in the opening round before falling to Syracuse for the third time this season.

It’s often not possible to fully evaluate a team’s season while it’s still happening. But with the 2018-19 season officially in the books, we can finally address the ultimate question — has Pitt improved — to which the answer is, undoubtedly, yes.

Not only is there clear evidence in the counting numbers — a win total improvement of six games overall and four games against conference opponents — an increase in overall attendance, a stretch of seven consecutive sellouts in the Oakland Zoo and two sellouts for the entire arena on the year, but there is also some evidence that goes beyond what shows up on the box score.

Even in their losses, the Panthers showed incredible tenacity, toughness and desire to win. This is not the same team that was suffering 20- and 30-point losses on a nightly basis.

The buzz around Pitt basketball is back, and it was brought back by Capel and his young stars. Johnson, arguably the least highly touted of the three incoming first-years was the only player not wearing “DUKE” across his chest to make the ACC All-Freshman team. McGowens has shown superstar potential and Capel has shown that he has the ability as a coach to turn his available talent into results on the court.

A summer of work for Pitt’s already rapidly improving young core plus the addition of blue-chip recruits Gerald Drumgoole, Justin Champagnie and Karim Coulibaly — with more certainly to come — offer signs that Pitt will take an even bigger leap in year two of the Capel era.

Patience is a virtue and Pitt fans should temper their expectations when making predictions about the coming season of Pitt basketball, but all signs point to the return to greatness built during the Howland and Dixon eras. Capel emphasized that fact following their season-ending loss to Syracuse.

“I hate that it ended like this,” Capel said. “Our season is abrupt. It ends abruptly. Our season ended today, but I will remember this group for the group that gave this program hope again.”

The NCAA tournament might be a longshot for 2020, but who knows? These Panthers don’t like to be told what they can’t do.