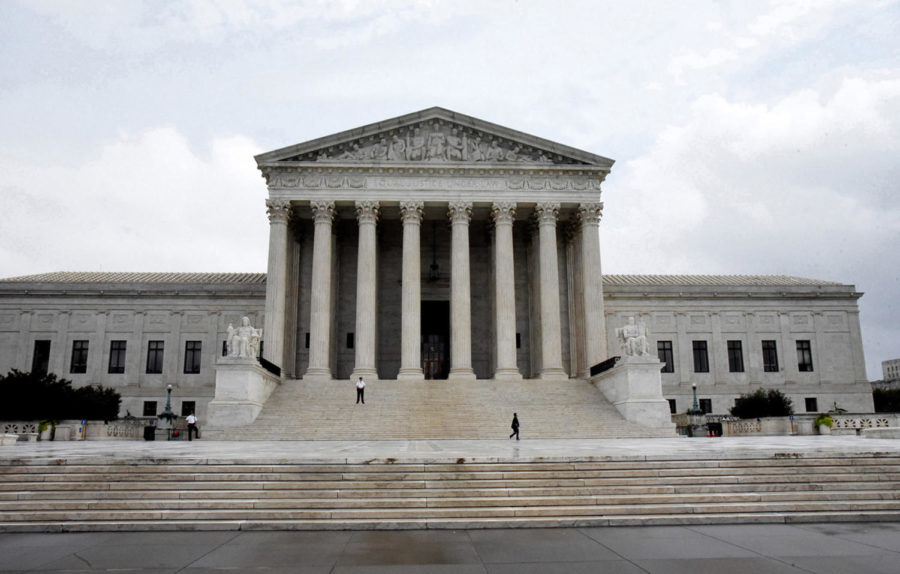 The Supreme Court on Tuesday upheld the Trump administration’s power to arrest and hold legal immigrants indefinitely if they had past crimes on their records that could trigger deportation, even if they served their time years ago or were convicted of minor drug offenses.

The justices, by a 5-4 vote, agreed that Congress authorized mandatory detention of noncitizens who were subject to deportation because they had committed crimes ranging from violent felonies to drug possession. And they may be taken into custody by immigration agents long after they are released from state or local custody, the court said.

The ruling in Nielsen vs. Preap is based on an interpretation of a 1996 law, but it takes on added significance because the Trump administration has been more aggressive in arresting and jailing legal immigrants with crimes on their records.

Justice Samuel A. Alito Jr., speaking for the court’s conservatives, said Congress believed it would be “too risky” to allow dangerous criminals and terrorists to remain free on bail while their deportations were pending. But he went on to describe the law as requiring mandatory detention for noncitizens who had committed crimes “including, for example, any drug offense by an adult punishable by more than one year of imprisonment as well as a variety of tax offenses.” He was joined by Chief Justice John G. Roberts Jr. and Justices Clarence Thomas, Neil M. Gorsuch and Brett M. Kavanaugh.

Justice Stephen G. Breyer, speaking for the four liberals, read his dissent in the courtroom. “The greater importance of the case lies in the power that the majority’s interpretation grants to the government. It is a power to detain persons who committed a minor crime many years before,” he said. “And it is a power to hold those persons, perhaps for many months, without any opportunity to obtain bail.”

He said the Constitution gave all people the right to a hearing if they were held by the government. “I would have thought that Congress intended to adhere to these values and did not intend to allow the government to apprehend persons years after their release from prison and hold them indefinitely without a bail hearing,” Breyer said.

Lawyers for the American Civil Liberties Union had brought a class-action suit in California on behalf of lawful immigrants who faced mandatory detention long after they had been released for relatively minor crimes.

Eduardo Padilla, one of the named plaintiffs, came to the United States in 1966 as an infant and became a lawful permanent resident in the Sacramento area. He has five children and six grandchildren, all of whom are U.S. citizens. Padilla had two convictions for drug possession, in 1997 and 1999, and served 90 days in jail in 2002 for having an unloaded pistol in a shed.

In 2013, federal agents arrested him for those past crimes and held him for deportation. But he went free after the 9th Circuit Court of Appeals ruled the “mandatory detention” provision did not apply to immigrants such as Padilla. He was released on a $1,500 bond because a judge decided he did not present a danger and was not likely to flee.

The lead plaintiff in the case, Mony Preap, had come from Cambodia as a child and been a lawful resident since 1981. He was taken into custody for two convictions for possessing marijuana in 2006, but an immigration judge later canceled his deportation and he was released.

ACLU Deputy Legal Director Cecillia Wang, who argued the case, criticized the ruling. “For two terms in a row now, the Supreme Court has endorsed the most extreme interpretation of immigration detention statutes,” she said, “allowing mass incarceration of people without any hearing, simply because they are defending themselves against a deportation charge. We will continue to fight the gross overuse of detention in the immigration system.”

Tuesday’s decision overturns a ruling of the 9th Circuit Court that had extended bail hearings and possible release to immigrants who had served time for their crimes and were living and working in their communities.

The legal dispute turned on a provision of the law that said the mandatory federal detention was triggered “when an alien is released” from state prison or local jail. Based on that clause, the 9th Circuit judges said the mandatory detention rule did not apply to immigrants who had been released months or years earlier.

But Alito said the first provision of the law said the government “shall take into custody any alien” with certain crimes on their record, and that the duty to arrest and hold these people did not end simply because they were not taken into custody immediately.

The high court heard arguments on the case in mid-October during the same week Kavanaugh took his seat. He spoke up in defense of the Trump administration’s view that the law was intended to authorize federal agents to arrest and hold immigrants with past crimes on their records regardless of when they were released. He questioned whether “we should be putting in a time limit” on taking immigrants into custody.

Both sides in the case agreed that the mandatory detention rule applied both to immigrants who were in the country legally as well as to those here illegally.