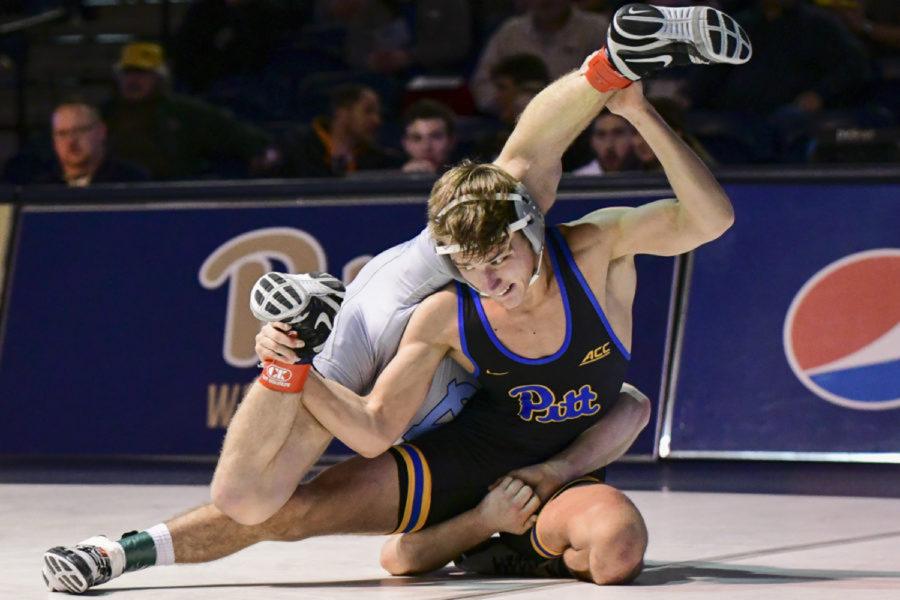 Phillippi is the headliner for Pitt, snagging the No. 4 seed among 33 competitors in the 133-pound division. He was the most dominant Panther throughout the season, achieving a 19-2 record — including a nail-biting win over No. 1 seed Oklahoma State first-year Daton Fix back in January — along with an ACC title. Phillippi’s only losses came to No. 14 seed Virginia Tech redshirt junior Korbin Myers and No. 3 seed Rutgers junior Nick Suriano.

In the first round, Phillippi will face off against No. 29 seed Fresno State redshirt freshman Gary Joint, who compiled a 17-13 record on the season. Joint also faced Fix and Suriano, losing 7-3 and 15-4, respectively. Phillippi should be favored to advance deep into the bracket, setting up a potential rematch with Fix in the Friday evening semifinal.

Pitt’s other ACC champion, heavyweight Demetrius Thomas (26-4), drew the No. 8 seed in the 285-pound division. Usually wrestling in the final bout of each match, Thomas was clutch for the Panthers all season long, including victory-sealing performances against NC State and Duke. This will be Thomas’ first time at the NCAA tournament, but he’s no stranger to the big stage — he won an NAIA national championship as a first-year at Williams Baptist University before coming to Pitt.

Thomas will face Stanford redshirt freshman Haydn Maley (23-10) in the opening round. Given his superior experience and penchant for big matchups, Thomas should be expected to topple his first two lower-seeded opponents, likely setting up a rematch with No. 1 seed Oklahoma State redshirt senior Derek White — who narrowly defeated Thomas 9-8 in January — in the quarterfinal.

Rahmani (16-6) earned the No. 12 seed at 157 pounds and will wrestle Oklahoma redshirt sophomore Justin Thomas (21-9). Rahmani is no stranger to the NCAA Championships, having qualified his previous two seasons. He’s also no stranger to Justin Thomas — the two faced each other in early January, with Rahmani winning by a close 3-2 decision. Rahmani will look to topple Thomas again and set up a chance for revenge over NC State redshirt sophomore Hayden Hidlay (20-2), who beat Rahmani twice this season, in the second round.

Bonaccorsi (19-6) picked up the No. 13 seed in the 184-pound competition, where he’ll challenge No. 20 seed Utah Valley senior Will Sumner. Rematches are common, and this bout is no different — Bonaccorsi handily defeated Sumner via 17-4 major decision last season. Ample time has passed between then and now, but Bonaccorsi will hope to duplicate that result to advance in his first NCAA Championships.

Stout (12-8), also making his tournament debut, will be Pitt’s lone underdog in the first round, serving as the 197-pound No. 23 seed and taking on No. 10 seed Virginia Tech redshirt senior Tom Sleigh (21-6). Stout faced Sleigh in his most recent match, a 4-3 loss in the ACC Championships on March 9. The two also met in conference play earlier this season, with Sleigh taking that match 3-1. It’s a longshot, but Stout will look to deny Sleigh the three-peat by pulling off a first-round upset.

Pitt hasn’t had a national champion since current head coach Keith Gavin won at 174 pounds back in 2008, and although the chances of a Panther going the distance are slim to none, the home fans may push some of Pitt’s wrestlers to outperform expectations.