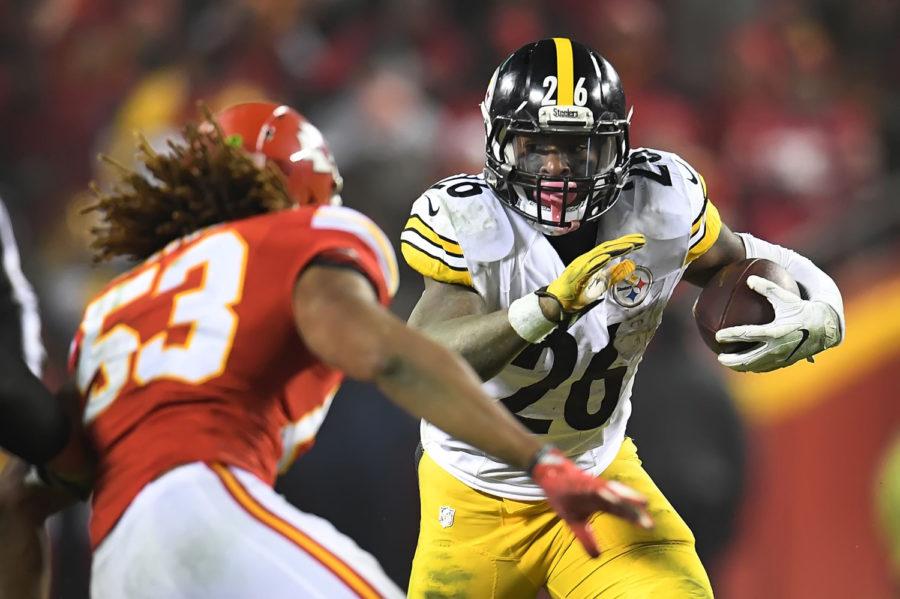 The largest contract in baseball history, owned by Bryce Harper and the Philadelphia Phillies, only lasted 20 days before it was beat out by the largest contract in American sports history, when Mike Trout and the Los Angeles Angels agreed to a 12-year $430 million contract. Some will argue Harper was a steal for the Phillies, but the Angels should have been smarter with their offer to Trout. In other sporting news, Le’Veon Bell is no longer a Steeler, but it’s still up in the air as to who came out brighter — he or the Steelers.

The NBA is a league of superstars. Many of those stars are quite young, like those at the Philadelphia 76ers, for example. The team spent years playing mediocre basketball, yielding high draft pick after high draft pick as it told fans to “trust the process.” Now it’s a contender in the Eastern Conference and has two of the best young players in the game in center Joel Embiid and point guard Ben Simmons.

Few players arrive at the league and flourish instantly, but Luka Doncic is an exception. The rookie is averaging 21.1 points, 5.8 assists and 7.5 rebounds for the Dallas Mavericks, but many players still take time to develop. Victor Oladipo was a star at Indiana and was drafted by the Orlando Magic second overall. He was a solid player for the team, but not a star, and ended up being traded to the Oklahoma City Thunder and then to the Indiana Pacers. Last season, he finally came into his own, earning an All Star Selection and the league’s Most Improved Player Award.

It appears D’Angelo Russell of the New Jersey Nets is also having his breakout season. Russell was taken second in the draft, too, by the Lakers. After two average years in LA, he was traded to the Nets last year, where he put up OK numbers. Russell is a different animal this year. He is averaging over 20 points and about seven assists and was a first-time all-star. Last night, he dropped 44 points, 27 in the fourth, to help his team overcome a 25-point deficit.

“I’m built for this,” he said, and it appears he really is.

Many players are built to be stars in the NBA, it just takes time. The moral of the story is to give each player a chance. Just because a player is taken high in the draft doesn’t mean they should instantly be the next LeBron James. Patience can yield great results and it will be interesting to see which young bucks will blossom into beasts as the years go by.

Well, it was the largest contract for 20 days. Angels outfielder Mike Trout claimed the title from Harper on Tuesday, signing a 12-year, $430 million deal of his own to remain in Los Angeles for the long haul.

Harper was a steal for Philadelphia and the answer is not too difficult to understand. While Harper might not be quite on the level of Trout, he is not too far behind in terms of talent. Knowing this, the Phillies were able to secure Harper for $25.38 million in average annual value, $10 million less than the Angels will pay Trout, who will receive $35.83 million annually. The $10 million difference could be huge when Philadelphia looks to sign free agents in the future.

Additionally, signing Harper to such a large and lengthy deal set a new precedent for the entire sport, a precedent that was solidified by Trout’s extension. As other teams battle with contracts in future offseasons as ensuing free agents look to be the next highest-paid player, Philadelphia will have already locked up its franchise cornerstone and at a very affordable annual value. Plus, Harper’s contract has no opt-outs, which was just the cherry on top for Philly faithful.

Trout splashes big, but do the Angels?

Los Angeles Angels outfielder, Mike Trout, signed the biggest contract in pro sports history yesterday, a $430 million contract over 12 years. This will make him the highest-paid player in baseball, with an average salary of $36 million per year, which is just a little more than Arizona Diamondbacks pitcher Zack Greinke’s average salary of $34.4 million.

Trout is widely regarded as the best player in baseball and the greatest of his generation. So far, in the 1,065 games that he has played in his eight-year professional career, he has 240 home runs, 1,187 hits, .307 batting average, .416 on-base percentage and a .573 slugging percentage.

Besides 2011, when he only played in four games, Trout has been in the American League MVP top-four voting in every full season since then. Trout won the award twice, in 2014 and 2016, was an all-star from 2012 to 2018 and is a six-time Silver Slugger.

Trout deserves to be the highest-paid player in baseball, but why were the Angels willing to spend all that money on just one player? The franchise has struggled to be a consistent winner, and have only made one playoff appearance in Trout’s career. The Angels have not won a playoff game since 2009.

As of now, the Angels don’t have the star players to compete with the best teams in the AL and are still in long, expensive contracts with veteran outfielder Justin Upton and veteran first baseman Albert Pujols, who haven’t performed well in recent years. Two-way player and Japanese superstar Shohei Ohtani underwent Tommy John surgery this season and won’t be able to pitch. He will still be able to hit as a designated hitter, but it won’t be until later in the year.

The Angels couldn’t let Trout go, since he’s the greatest player in franchise history based on wins above replacement, a calculation that uses offensive and defensive statistics to determine how many more wins a player is worth over a replacement-level player at the same position. But the team needs to figure out how not to waste the greatest seasons of his life and start earning some postseason wins. They can either do that by waiting for their farm system to get better or by signing free agents. But it needs to be done soon and they need to put an actual plan to win in place.

The Bell has rung

Former Pittsburgh Steelers running back Le’Veon Bell signed a four-year, $52.5 million deal with the New York Jets last week after sitting out the entire 2018 season and refusing to sign the franchise tag and turning down a five-year, $70 million contract to stay in the black and gold, which he said he was very close to signing.

Instead, Bell will have to settle with the Gang Green, which guarantees Bell $35 million with incentives that could make the contract worth up to $61 million. Bell wanted to get paid $15 million per year when he was in his initial talks with the Steelers, but as a result of them failing to come to terms, the three-time Pro Bowler missed out on his age-26 season, one that he won’t get back. Sure, he got the rest he wanted, but after missing a year’s worth of touches and now entering a new system with a far inferior offensive line, it remains to be seen if Bell can regain his elite form as one of the most dynamic RBs the league has ever seen.

But in the end, Bell still won. Although the Steelers offered him a larger deal, he will still make a boatload of money and he escaped what many are calling a toxic situation in Pittsburgh before they inevitably search for a Ben Roethlisberger replacement that could lead to a rebuild. Meanwhile, Bell joined a young team on the rise with a promising quarterback who likely won’t throw him under the bus when they lose.

Welcome to the Mayhem

The 2019 NCAA March Madness season is officially upon us. This year’s 68 teams will play for the remainder of March to see who will be crowned as the next reigning champion in Minneapolis on April 8. With less than 24 hours left to solidify brackets, people are beginning to speculate who will win it all.

It comes as no surprise that Duke, the No. 1 seed overall, is looking for its sixth title. The Blue Devils have made 41 March Madness appearances in their history, but haven’t won the tournament since 2015. This year, they’re are accompanied by superstar first-year Zion Williamson, who is finally back after suffering a right-knee sprain against UNC.

Duke’s biggest competition will come from the other top-seeded teams: North Carolina, Gonzaga and Virginia. But there are some other teams, including Kentucky and Tennessee, that could test the Devils.

Just like every other year, March Madness will bring uncertainty among some of the best in the sport. ESPN’s 29 contributors gave their Final Four and championship picks from each region. The majority picked Duke, Gonzaga, Virginia and North Carolina as Final Four finalists. Their national championship teams were Duke, Gonzaga, Virginia, North Carolina, Kentucky and Michigan State.

Whether you’re ready or not, the ultimate showdown begins tomorrow when Louisville and Minnesota face off at 12:15 p.m. Brace yourselves and your brackets for another season full of upsets and unknowns. Millions will tune in for the next three weeks to see who will become the ultimate champions and cut down the net.

-Laura Sosovicka, For The Pitt News