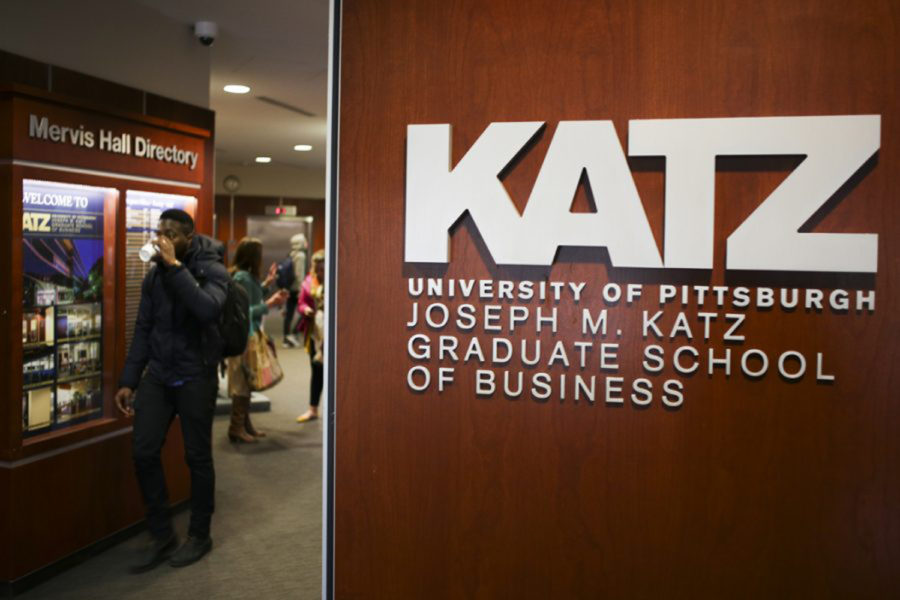 Neil Fogarty, a 61-year-old lecturer of the College of Business Administration and the Katz Graduate School of Business, filed a suit against the University in early February alleging Pitt violated the Age Discrimination in Employment Act and the Pennsylvania Human Relations Act.

Neil Fogarty, a 61-year-old lecturer of the College of Business Administration and the Katz Graduate School of Business, filed a suit against the University in early February, alleging Pitt violated the Age Discrimination in Employment Act and the Pennsylvania Human Relations Act.

The suit was filed in the U.S. District Court in Pittsburgh. Fogarty’s attorney, Massimo Terzigni, said the case is still in the very early stages, called the pleading stage, meaning they are still waiting on the University to respond to the complaint. This is the second case of age discrimination that has recently been filed against the business school, following a suit filed by Professor Barry Mitnick in September 2018.

According to Terzigni, Katz prevented Fogarty, who was hired in 1986, from advancing further in his career in the business school. Beginning in 2014, Fogarty saw a dwindling amount of credits he was teaching each semester, Terzigni said. In turn, this impacted him both financially and emotionally, as Terzigni said Fogarty is passionate about teaching.

“It felt like he came to the point where he needed to take action to save himself,” Terzigni said.

Furthermore, the University denied to pay for his doctoral degree, which the school has done in the past, according to Fogarty’s claim. Katz gave Fogarty’s position to a younger employee in 2017.

This is an example of a more discrete line of reasoning to file a suit, Terzigni said, as opposed to outright ageism.

“In most cases, alleging discrimination in terms of employment is more discrete. If we suspect it’s some sort of discrimination, we [often] have to use circumstantial evidence,” Terzigni said.

Fogarty alleged that members of the Katz faculty have made ageist comments in regards to Fogarty’s career. When he sought funding from the University for his doctoral degree — which is not uncommon for Katz — Fogarty was told the money would be better spent on someone not “at an advanced stage of their career.”

Additionally, the lawsuit reports the graduate school told Fogarty “there are too many old men in our interest group, and they should all retire.”

If certain decisions affected an employee negatively, employers can cite another reason having caused these supposed ageist actions. In Fogarty’s case, he alleges he was affected by fewer credits taught per semester, Pitt’s alleged unwillingness to fund Fogarty’s doctoral degree and the school giving his title to another employee.

“If an employer — in the face of a prima facie case of age discrimination — offers a reason for discharge that is not true, or did not really motivate it, a jury could find … that the employer discriminated against the employee because of her age,” Cordes said over email.

A plaintiff filing a prima facie age discrimination case must be older than 40 and qualified for his position, but has been terminated and the position was filled by someone sufficiently younger — generally by 10 or more years.

Fogarty’s age discrimination suit is the second of its kind to be filed within the year. Barry Mitnick, a professor in Katz, filed a suit against the University in September 2018. In this suit, Mitnick cited the Age Discrimination in Employment Act, Equal Pay Act and Americans with Disabilities Act, as well as Titles VII and IX more.

Mitnick and his attorney did not respond to comment.

While unfamiliar with Mitnick’s case, Terzigni said another litigation of similar conditions was not surprising.

“It doesn’t surprise me that this happened to someone else seeing how blatant it was to Mr. Fogarty,” Terzigni said. “It shows that it’s a systemic problem.”

In regards to there being more than one suit within the past year, Cordes said it is not necessarily a signal of a particular trend, due to the large amount of employees within the Katz system. However, the conditions of one suit can help benefit the other’s case.

“If there is a pattern, evidence from one can be used as evidence against the other. Evidence in corporate culture is a piece of solid evidence,” Cordes said.

Terzigni told the Pittsburgh Post Gazette Fogarty is currently employed by a Penn State satellite campus and receives a lower salary than he did at Pitt. As of March 20, Katz still has Fogarty listed in its directory as an instructor. In regards to the future of the lawsuit, Terzigni said he and Fogarty are hopeful.

“I hope that we find justice.” Terzigni said. “He’s somebody that’s worked hard to get to where he is, and that is unjust to take away from him because of his age.”